by Patrick Klepek on June 15, 2011
Share:TwitterFacebookReddit

Studio hopes to have controllers playable at PAX, then auctioned off for Child's Play.

When 343 Industries first showed off Halo: Combat Evolved Anniversary, an HD remastering of the original Bungie shooter, someone asked if the studio had looked into producing some new original Xbox "Duke" controllers as a funny throwback. There wasn't a clear yes or no answer.

No, those controllers weren't very enjoyable to hold. Remember those black and white buttons?

To find out more, I got in touch with 343 Industries producer Alison Stroll, who clarified 343's attempts to recreate the original Xbox controller with some Xbox 360 guts, a project that's still being hammered out and, for now, is not assured. Stroll did walk me through the current plan.

343 is talking with several folks known for taking forgotten devices and shoving them into formats never intended. As uncomfortable as the old the controller was, the idea of playing Halo again with the "Duke" is too damn cool. So long as the contracts work out, 343 hopes to produce a handful of new-age Xbox controllers, and have them hooked up to kiosks at the PAX-timed Halo Fest.

There's precedent for this. Notorious hardware manipulator Ben Heck, for example, pulled it off.

There are no plans for this to become a mass produced device, if that's even possible. After PAX, the controllers will be boxed up. They'll emerge once more to be featured as part of the annual Child's Play dinner auction. Stroll said they're looking to have the team sign the controllers, too.

So, technically, you'll have a chance to buy one, but it's not a simple as pre-ordering early.

Microsoft doesn't have boxes full of these controllers laying around the office, either. Stroll picked up the controllers from a local Goodwill for a few dollars, but they'll be working to clean them up--as much as those hulking pieces of black plastic can look brand-new at this point, anyway.

Halo Fest, billed as "largest and most expansive live Halo experience ever," will take place right alongside PAX Prime in Seattle this summer, from August 26 through August 28. Even better, having a pass for PAX Prime is the only requirement for also gaining admission to Halo Fest.

Stroll told me more information on plans for the controller and the upcoming Halo Fest will be available shortly, as 343 continues to establish itself as the new leaders of the Halo franchise. 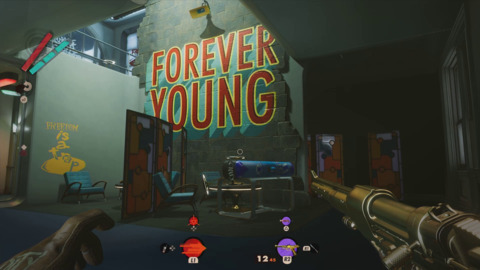 One of the launch titles of the original Xbox, Halo: Combat Evolved is a sci-fi first-person shooter telling the tale of an advanced cybernetic super-soldier known as the "Master Chief".