Austin Walker is a critic, live streamer, academic, freelancer, game designer, and probably some other stuff too. Maybe you read his piece on Shadow of Mordor? No? You should. Follow his work on Twitter, Paste, and his blog, ClockworkWorlds.com.

Encouraged by this post by Graham Smith, I decided that This Would Be The Year that I learned to play Dwarf Fortress… or at least its slightly more-approachable open-world roguelike mode. And that was a good choice, especially since a major patch released in June made that segment of the game even more strange and fascinating than ever before. Read some tutorials, watch an LP or two. And dip into the Legends Viewer too, so you can read about the lives of elvish revolutionaries and mediocre vampires.

Invisible, Inc. is the first early access game I’ve ever really followed. And I’m not sorry even a little. Jason Dreger, James Lantz, and their team at Klei have made a tactical cyberpunk espionage thriller with board-game like transparency and an aesthetic that transports me instantly to this world. It is smart and fun and hard and you should play it.

One of the many interesting games Porpentine made this year, Skulljhabit felt like a response to both Cookie Clicker and Dark Souls, but it really does stand on its own merits. There's an inescapable cycle of labour and death, an all-consuming fog, a distant skull queen and her strange ministers. There are little victories, the setting of personal goals, and a precarious relationship to knowledge: I always felt like I only knew just enough to get myself hurt.

Veracity and Purpose is a gift, both figuratively and literally.

Figuratively, it is a free game for us to play that, I think, takes careful consideration of art and history and limits of “national character.” The prose is sharp, and there’s a good trick. I like good tricks.

Literally, Veracity and Purpose was made for me, for my birthday, by my good friend Jack de Quidt. This is a thing that games can be now, thanks to tools like Twine. They can be gifts we make each other in our spare time, that we send across the web, that are personal and quiet and small and don’t need marketing budgets. Twine isn’t the only accessible tool: RenPy, Game Maker, Unity, Construct2. There are more and more every year.

Elizabeth Barnes is wearing bermuda shorts, a t-shirt, and a top hat. She's on vacation, you see, walking around The Tremendous Tower, the largest building in the capital city of the North-west rainy region, in the country of Banglasnia, on the continent of Eunia, on a telluric planet in some distant star system. Right this second she's remembering the days she graduated high school and college, and thinking of those times she played chess with her sister. She's worried, certain something is about to go horribly wrong. "They don't think it's like this," she says to herself. "But it is."

Elsewhere, an entire galactic supercluster away, a squid swims through the sea. I click on “Thoughts” to see what goin’ on in its squidbrain. “Party time," it thinks. Cool, squid.

Nested is a textual, list-based walking simulator for whole universes that don’t exist until you visit them. I don’t know what else to tell you.

Robert Yang calls Intimate, Infinite a “series of games” inspired by Jorge Luis Borges’ short story “The Garden of Forking Paths,” but it isn’t. This is a swerve. This is like saying a submarine is a series of small underwater rooms, as if the engine room has no connection to the bridge; as if you could just safely decouple the kitchen and not worry about people starving. Or maybe I’m wrong. Maybe this is a series of games, the way a pile of wood, cement, and nails is a collection of building materials. It’s up to you to make it into a house.

In any case: go poke at this thing until you figure it out. It’s worth it.

Listen. I could say a lot about how Respawn Entertainment carefully built a more approachable shooter by combining MOBA creeps, less predictable (but still learnable) movement vectors, and a second tier of low consequence, yet larger than life combat.

Instead, understand this: As a #teen, my favorite episode of anything ever was Mobile Suit Gundam: 08th MS Team #10, “The Shuddering Mountain (Part 1).” Unlike the rest of the Gundam oeuvre, 08th MS Team was grounded--jungle combat, urban warfare. Just a team of buds and a lot of shitty situations. “The Shuddering Mountain (Part 1)” was that in concentrate: Just robots and buildings and time. The only thing that would've made it better, I thought back then, is if the protagonists had lost.

Well, a decade later, when Origin user Able16 single-handedly decimated my squad of ragtag friends for the third time in two days, my wish came true. We’ll get you one day, Able, but until then we’ll laugh every time we die.

Kentucky Route Zero’s third episode could’ve stopped just 45 minutes in and, it still would’ve been one of my favorite games this year.

There is a moment about that far in that is so sharp and so fresh that it gave me a deep hope for the future of games. I won’t spoil it for you, but when it was over I sat up in my chair, took a breath, and said “Oh. Right.This is a thing that games can do.”

And then the game kept going! Throughout its many releases, Kentucky Route Zero has always been a strange interrogation of American decline, labor, art, and play; Act Three tackles each with singular. An undead whiskey distribution center. Robotic chillwave musicians. An ancient computer that re-interprets Colossal Cave Adventure, the game that literally gave the “adventure” genre its name.

It’s so easy to dismiss Kentucky Route Zero as being aloof and weird and pretentious--sometimes even we fans of the series involuntarily do this by invoking shorthand like “Lynchian” or “surreal” without any expansion on those terms. I think all those words miss something in KRZ. There’s a materiality: trucks need gas; legs break, text boxes feel tactile. And it has a historicity, too. KRZ is aware of, and plays with, all of the many contexts it emerges from and reflects.

In his book Gaming, Alexander Galloway writes about how central the act of “configuration” is in games. Kentucky Route Zero keeps on reminding me that there’s still lots of cool shit to configure.

Meg Jayanth and the folks at Inkle rehabilitated a genre that I’d previously had no interest in seeing fixed.

A couple of years ago I basically decided I was done with steampunk. Time and again I found steampunk media to be this weirdly sanitized version of the Victorian and Edwardian eras. It so often felt like it wanted the aesthetic of those periods without any the troublesome (but interesting!) baggage. So I decided I was done.

And then: 80 Days did steampunk justice.

Inkle’s 80 Days is a major re-imagining of Jules Verne’s Around the World In Eighty Days. Verne’s story focuses on Fogg, a rich Englishman, utilizing the (then recent) imperial spread of European culture and technology to win a dare. But in 80 Days, Jayanth shifts the perspective to Fogg’s servant, Passepartout--whose lower social standing immediately shifts the character and tone of this branching story about world travel. You manage your master’s condition, plot travel routes, trade goods, and engage in intrigues personal, public, political, and romantic. To be perfectly honest, this part of the game could’ve won me over by itself: it’s a game that depicts the wonderful mundanity of travel: did you bring your hairbrush? Are you dressed like you belong in this crowd? What souvenir do you bring home? I’m a sucker for things like this.

But 80 Days goes further: In place of Verne’s then-contemporary setting, Jayanth leverages the vast array of differences in cultures and histories to create a unique steampunk setting. Secret automatons. International politics. Walking cities. Working class revolts. Air Pirates. Sexual experimentation. Mysticism, but mysticism that doesn’t fall into Orientalism. And best of all, the beautiful, dangerous powder-keg tension of a world growing smaller as new technologies bring us closer together.

It was easy for me to decide I was “done” with steampunk. Easy and useless. 80 Days has scolded me for this.

It is rarely enough to say “No, I don’t like that.” Good critique (whether it comes in the form of an essay, a tweet, or a new game) addresses the subject’s internal contradictions and uses those to undermine it, before creating something new and valuable in its own right. I’ll do better next time, Inkle.

This year we’ve been forced to face hard truths about our community and our country, and this has put the need for self-care and the need for social improvement in conflict over and over, again and again. Do you spend the night engaging with the rando on Twitter who seems to be coming from an honest place, or do you take the night off and just watch some shit? Do you correct your racist uncle at the holiday dinner, or just roll your eyes and rub your temples? Do you put on your heavy coat and walk down to the protest, or just hit RT from the comfort of your bed? Fantasy Life connects to this tension for me in two major ways.

First: it is exactly the sort of power fantasy that I hate. Through narrative and mechanics, you’re told that you can do anything (“if you try hard enough!”) As you work through your different fantasy “lives” (read: jobs) you’re encouraged to keep at it. You’re told that you can make it through this, and you’ll be rewarded for your hard work! This story shows up in media and in common wisdom over and over, and anyone who has studied the history of, well, any field knows it’s just not true: lots of folks work really hard and never receive any reward, or have their reward taken from them, or sometimes it takes years and years to even really know who did what work. Alan Turing was chemically castrated. No one taught me about Ada Lovelace. Housing regulations and practices made it next to impossible for black families in America to gain prosperity lasting more than one generation at a time. The “you can do it” refrain keeps us from asking, “Why can’t some folks do some things?” Stories that guarantee that we’ll be well rewarded often keep us pacified, making sure we don’t demand the reward we deserve for our hard work.

But, second: Fantasy Life hit the 3DS exactly when I needed that encouragement. Exactly when I needed to perform a whole load of self-care. It came after months of seeing online harassment and death threats coming from GamerGate, a group that, whatever the interests of its individual members, was structurally and ideologically built in a way that would ensure more harassment and more death threats. And Fantasy Life came after months of watching folks march in the streets hoping to get some degree of justice for the unjust use of state sanctioned violence. And Fantasy Life did address these issues. It was committed to diversity in its cast of characters, and the writers (and/or localizers) went out of their way to critique stereotypical depictions of characters of color and women. And it offered peaceful play, and it imagined for us nations that are imperfect, but which hold the possibility of real improvement.

And there are songs, good songs.

And there’s been so little warmth this year.

And more than any other game on this list, in 2014, I needed Fantasy Life.

Set in a far-flung, mech-filled future, Titanfall is the first first-person shooter built by Respawn Entertainment, the studio formed by ex-employees of Call of Duty developer Infinity Ward. 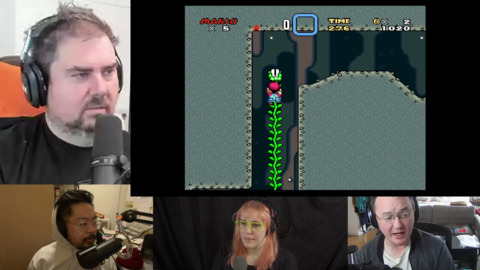