by Patrick Klepek on August 21, 2012
Share:TwitterFacebookReddit

"Today’s news is something you expect periodically from a company in a fast-changing industry, but it sucks if you’re one of the people losing his or her job," said Vechey. "These people are our friends and we don’t like doing this."

Make sure to read the whole post over here.

UPDATE: Funcom has also acknowledged layoffs, though it won't confirm various reports the changes have impacted more than 50% of the company worldwide.

"As we announced in the stock notice that went out on August 10th," said the company in a statement, "Funcom is in a process of reducing operational costs and this process includes temporary layoffs as well as other initiatives. As we are currently in the middle of this process we can not provide any further comment at the present time. Rest assured however that we have long-term plans for the company and that we remain fully committed to all of our games."

Here's how Funcom phrased this in its stock notice from August 10:

Ars Technica initially reported on Nintendo Power’s demise, which was later confirmed by some of its writers on Twitter.

“Well, that got out,” said writer Phil Theobald on Twitter.

“For what it's worth,” he told me in response, “we have something pretty sweet planned for the final issue.”

The officially-sanctioned Nintendo publication, today distributed by Future Publishing, has been running since 1988.

Elsewhere, there's word of layoffs at PopCap Games. 3D Realms co-founder George Broussard claimed on Twitter that roughly 50 employees were laid off at PopCap’s Seattle studio, and PopCap Dublin and Shangai have been either shut down or "shrunk."

The company recently announced a sequel to the incredibly popular Plants vs. Zombies is coming next spring. PopCap was purchased by Electronic Arts in June 2011 for its success in mobile and social.

PopCap has so far not responded to my requests for comment, but I heard about impending layoffs from multiple sources this morning. I’ve been unable to nail down specific details. Stay tuned. 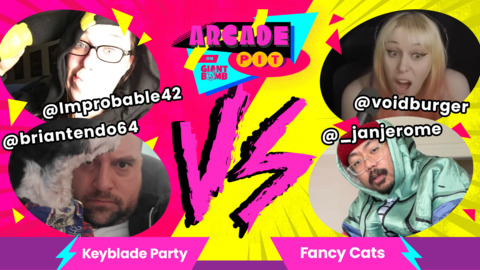 Also known as the "Nintendo World Championships II". Only one still remains in existence today and is worth $25,000.