by Patrick Klepek on October 3, 2012
Share:TwitterFacebookReddit

One of the masterminds behind Gears of War is finally leaving the nest.

Who expected this one?

Epic Games design director Cliff Bleszinski is leaving Epic Games to “chart the next stage of his career,” according to a blog post on the company’s website.

“I’ve been doing this since I was a teenager, and outside of my sabbatical last year, I have been going non-stop,” said Bleszinski in a note to colleagues, parts of which are featured on the site. “I literally grew up in this business, as Mike likes to say. And now that I’m grown up, it’s time for a much needed break.”

Bleszinski pointed people to the blog on his Twitter account, but has said nothing else about his future.

The designer has been at Epic Games for 20 years, having worked on everything from Jazz Jackrabbit to Unreal Tournament. He was one of the principal leads on the Gears of War franchise, and often shared the spotlight with Mark Rein and Mike Capps as the faces of Epic Games.

He was always a fun interview, too. 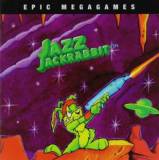 Jazz Jackrabbit is a platform game developed by Epic MegaGames (now known as Epic Games). It was released in 1994 for the PC. Jazz Jackrabbit was created by Cliff Bleszinski and Arjan Brussee, and inspired by classic console games such as Super Mario Bros and Sonic The Hedgehog.