by Matt Rorie on January 14, 2016
Share:TwitterFacebookReddit

There were plenty of amazing games released this year, but only one can be the Giant Bomb community's 2015 GOTY.

We allowed any logged-in user to vote for their personal top 10 games of 2015 during the week in which we were rolling out the staff and guest lists, with a few extra days on the end to ensure that everyone had time to get their votes in after the long break we hope you had. The process isn't too hard to explain: everyone made a list of up to ten games, with a first place vote counting for more points than a second place vote and so on.

8,042 people voted with a total of 69,049 votes for individual games being cast. (Lists could have fewer than 10 games if a voter didn't have 10 favorite games from the year.) We let people vote on any game in the wiki, so a few of these are going to be games that came out of early access or stand-ins for games that weren't separately votable, such as Destiny (presumably standing in for Destiny: The Taken King, which was an expansion released in 2015).

Just for funsies, here's a list of games ranked by total number of votes cast, without being weighted according to their position in a top 10 list. In other words, this is the number of lists out of those 8042 on which each game appeared.

We still have a bunch of T-shirts coming in as part of our SquareSpace giveaway; we'll reach out to the winners when we get some names randomly drawn and get your addresses at some point in the next few weeks. Thanks for voting! 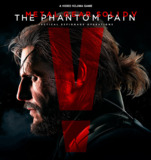 The final main entry in the Metal Gear Solid series bridges the events between Metal Gear Solid: Peace Walker and the original Metal Gear, as Big Boss wakes up from a nine-year coma in 1984 to rebuild his mercenary paradise.