This year was filled with surprises and messes, great multiplayer, and plenty of catchy tunes.

OK! It's time for our second day of deliberating. Today we're talking about music, multiplayer, surprises, and the hottest mess of 2017. Uh... in video games. The hottest video game mess of 2017. We don't have enough time to include all the other stuff.

We'll also have another hot batch of lists from the staff and guests.

Below are the winners and nominees for today's categories. If you'd rather hear us have the discussion without knowing who won, you probably shouldn't scroll down any further until you've seen or heard our deliberation podcast for the day.

While there have been a billion different multiplayer shooters popping up around the edges of gaming, most of them come and go. Actually, most of them just kind of... go. Mainstream multiplayer shooting has been largely caught in the Call of Duty/Battlefield vortex for at least the last 10 years. That's probably part of what makes PlayerUnknown's Battlegrounds so exciting. Watching its success and continued climb has been great to watch because it's starting to feel like we're living through an actual paradigm shift when it comes to the types of shooters a large audience is willing to get into.

Battlegrounds feels great, and even though the stakes can be high in the moment, it's easy enough to start all over again that it keeps you from feeling overly punished by failure. Furthermore, each mode pushes a different button. Playing alone, against 99 other players, ratchets up the tension in a major way. With a squad of four players, the game starts to have a few more goofball moments where you and your friends get into some dumb shit and maybe come out alive. But it also inspires you to take things a bit more seriously, buttoning up that loose chatter and calling out locations as firefights emerge. Duos split the difference in fascinating ways as well, ensuring that you have someone to watch your back but only if you can work well together. That variety goes a long way. The thrill of ending someone's run with a few well-placed clicks of the mouse goes even further.

In a year filled with bad moments for Electronic Arts, the unimaginably bungled launch of Battlefront II is the runaway leader. Early previews of the game were unclear as to how the progression system would be handled. Once pre-release word got out about the length of time needed to unlock hero characters, the necessary amounts of in-game currency dropped drastically. Then the game came out, and the depths of its problems were made clear. Players hated the progression system, the reliance on loot crates, the pay-to-win qualities of the cards, and plenty more. EA tried to save face with a quick wipe of all real-money offerings, but the core of the game was still too rotten to save. One of the biggest gaming companies in the world took the largest entertainment IP in the world, and made the year’s most irredeemable mess.

The idea that a game with roots split between a pretty serious military sim like ArmA and stick-and-a-rock survival like DayZ (which, to further complicate things also has roots as an ArmA mod) ended up cracking through the way PlayerUnknown's Battlegrounds has is just crazy. But when you start to dig into all this stuff, it makes a little more sense. Battlegrounds is a fantastic distillation of the military and survival sides of its predecessors. It ditches all the crafting, but keeps the stakes high. It trims the match length from "hey, you'd better stay awake so no one comes and steals our wood" to, like, under an hour. It comes together in a way that makes you lose hours of time to it, because you always want to come back for one more game. One more attempt at glory. One more hectic sniper fight.

PlayerUnknown's Battlegrounds pulls you in, almost in spite of its fairly unfriendly roots. It's an impressive feat that most definitely caught us by surprise this year.

NieR:Automata's biggest draw is unquestionably its story, but in talking about the impact of that story, it's impossible to do so without making mention of the game's soundtrack. Keiichi Okabe's score is the underpinning of NieR's story, and it serves as a perfect foundation to every strange, harrowing, emotionally draining moment of the game.

There just isn't much else out there that sounds like NieR's soundtrack, either. Though a few tracks feature recognizable language, many of the vocals are recorded in a mishmash of disparate languages that make the vocals seem at once familiar and otherworldly. That oddness permeates every single track, from the soaring, playful tones of "Amusement Park" to the pulsing intensity and haunting shrieks of "Alien Manifestation".

NieR:Automata is a gorgeous game, but not necessarily in the purely visual sense we tend to attribute that word to. So much of its beauty is in its ability to deliver incredibly emotional moments time and time again, and so much of that delivery is punctuated by its musical accompaniments. Few other soundtracks this year feel as vital to a game's overall success as NieR's. It's an astonishing work, and absolutely deserves to be called this year's best music.

Filed under:
Game of the Year 2017
Star Wars Battlefront II 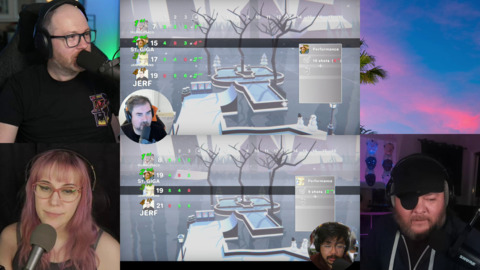