Ghostbusters Developers Unsell You Their Game

by Jeff Gerstmann on June 18, 2009
Share:TwitterFacebookReddit

Some weird comments on different versions of the new Ghostbusters game kind of make me want to run away from every version.

In case you missed it, Ghostbusters: The Video Game was released this week across every major platform. The game wasn't in stores for 24 hours before all kinds of chatter jumped off about one version's superiority to another, and some of the developers that worked on the game have stepped forward to make the situation just a little bit worse.
The first point of contention was on the PC version of Ghostbusters, which unlike its console counterparts, doesn't have any online features. That's certainly not the first time that a PC version of a console release has been given short shrift, but the comment from Dan Irish of Threewave, the company that developed the game's multiplayer, doesn't exactly smooth things over for your PC owners out there:

Multiplayer for the PC version of Ghostbusters is something that Threewave and Terminal Reality always wanted to do. However, our focus was on making the console version the best that they could be - an experience that allows multiple players to re-live and re-fight many of the themes from the movies. When we looked at the resources necessary to pull off multiplayer on the consoles and the PC, it became a question of what could we do and still be excellent in our execution. We couldn't do all versions with multiplayer simultaneously with the resources that we had available - there was simply too much to do. Something would have to suffer. Therefore, we kept our focus on making the console versions deliver on the promise of being an integral player on the Ghostbusters team.

That quote comes from Big Download. And while the notion is not entirely without merit, framing it as "well, we wanted the console version to be good" probably isn't going to make any PC game players out there feel any better. At least the PC version is only $30.
As the PC multiplayer thing started to wane, another platform discrepancy sprung up to fill the void. This time, people started comparing the Xbox 360 version with the PlayStation 3 release and noticing that the PS3 version looked pretty crappy when placed side by side with the 360 release. Lo-res textures, a general blurriness... well, let's let this quote that Joystiq got from the developer, Terminal Reality, get specific:

For the record, the PS3 version [of Ghostbusters] is softer due to the 'quincunx' antialiasing filter and the fact we render at about 75% the resolution of the 360 version. So you cannot directly compare a screen shot of one to the other unless you scale them properly. The PS3 does have less available RAM than the 360 – but we managed to squeeze 3 out of 4 textures as full size on the PS3.

Interestingly, the developer is basically copping to the platform differences here. It's one part refreshing honesty and one part "oh snap, you just made the PS3 version sound like garbage even though the differences probably aren't quite that harsh!"
Actually, I'll withhold any judgment on the issue completely, as I haven't seen the PS3 version for myself yet, and I haven't heard if the multiplayer is good enough to even care about. I will say, though, that from watching Ryan play it over at his desk (full review coming soon), even the 360 version doesn't look all that great to me. Maybe the Wii version is the one to get?
Jeff Gerstmann on Google+

Filed under:
Ghostbusters: The Video Game 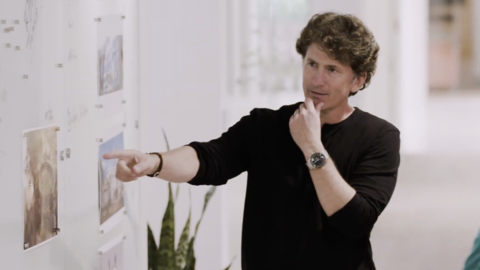 With a script edited and approved by Dan Aykroyd and Harold Ramis, Ghostbusters: The Video Game is a sequel to the feature length films. Who ya gonna call? GHOSTBUSTERS!