Grace pays tribute to the citizens who departed the tropical island paradise of Wobble in 2020.

Grace Bruxner is the creative director at Worm Club, the indie studio behind the Frog Detective series. She's @gracebruxner on Twitter.

The only game I played this year was Animal Crossing: New Horizons, so I can’t really make a top 10 list. I’m sorry, I know that my opinion on games is very important and you wait patiently to hear what I have to say about the releases each year. Most people won’t even play a game unless I’ve personally mentioned it. That’s how The Sims blew up, actually! In the year 2000 I said “The Sims is a good game” and the rest was history. In lieu of a list of games, I would like to instead pay my respects to some of the Animal Crossing villagers who have died in my town of Wobble this year.

I actually don’t want to pay my respects to this asshole. As everybody knows, Wobble is an invite-only town and Lopez scammed his way in through the campsite. My only rule on Wobble is that my villagers must not be boring, and Lopez was extremely boring. I knew I had to get rid of him somehow, so I invited Huck the frog to come and “dispose” of him. In exchange, Huck got to live on Lopez’s land mortgage-free. He wasn’t around for long enough for the other villagers to notice. My worst and shortest-lived villager.

Jakey fell victim to his own filth. The first mistake he made was choosing to wear a camo bomber jacket despite his otherwise bright colouring. Do you want to be seen or not, dude? But I could forgive that, of course. I’ve made many strange fashion choices, and besides, it was easily fixable if I just gave him some new clothes. No, the issue with Jakey was that he lived in a literal pile of garbage. I didn’t choose this for him. He chose this for himself. He had every opportunity to clean up his act (and his home), but instead he ended up suffocating in the filth of his own creation, like a really sad Hoarders episode. He will be missed. Not by me, but I’m sure someone misses him.

This was the first loss to really upset me. Mint was always either doing yoga, sniffing the yellow flowers in front of her mint-coloured home, or walking around Wobble with a tiny pink handbag. She was a delight, and made me smile whenever I saw her. Unfortunately she got hit by a truck.

Marina’s disappearance was entirely my fault, I’m sorry. As I mentioned earlier, I had one rule for Wobble: No boring villagers. In appearance, Marina passed, however after a few months I realised she wouldn’t stop talking about her laundry. As someone who loathes doing laundry, why would I want to listen to someone else talk about it? She had to go. I knew Marina was a popular villager online, so I decided to sell her. In all honesty I feel awful about it. The transaction was very cold. The other user offered 10 Nook Miles Tickets for her, and I accepted. She came to my island, invited Marina to her island, and then left. No words were exchanged except for “ty!!!!!!”. I felt sick when I realised that I had just sold Marina into the villager trade. Who knows how many islands she’s been passed between. She must be exhausted. I saw her on a mystery tour once and was briefly relieved, but she had forgotten who I was. No memory at all of the months she spent on Wobble. I left her there, due to lingering resentment about the laundry thing.

VIVIAN GOT EATEN BY A SHARK.

Ah, Prince. Beautiful Homer Simpson frog. An absolute friend, a wonderful boy, simply a nice little guy. Prince lived on Wobble for many months, the first resident who didn’t arrive on the original colonising ships. I really liked him! He didn’t “die” so much as he was deleted from the game because Nintendo was sued by Fox Broadcasting. I can’t even show a picture of his face in case this article gets taken down. I believe there are photos still available on google.

Huck can fuck off!!! He started blackmailing me after a few months. I’m not the one who killed Lopez you smug shit!!!!!!! He’s not dead :( he just moved out.

Despite me not understanding how to pronounce his name properly, Cyrano was one of my all time favourite villagers. He had a brief spell where he kept calling me “babe” without permission, but I ratted him out to Isabelle and she told him off. Still, I’d give anything for Cyrano to return to Wobble. Maybe even $3 for his Amiibo card. He died of old age.

I’d been looking for Flora for months, I even spent my whole birthday searching mystery islands for her. I used up 100 tickets! I was searching until 3am! Eventually I received a mysterious letter in the mail with a blank NFC card that just said “Flora”. I scanned it into the game and she appeared at my campsite. I don’t know if I should be talking about this, something was very off from the moment I received the letter. She told me one day that she wasn’t “the real Flora”. I’m not sure what she meant by that but it made me deeply uncomfortable. I let her move out soon after.

Truthfully, no villager deserves to die. As the bodies of my villagers slowly decompose under the rich earth of Wobble, I think of the value they have brought to my life this year. The memories I have with each villager, whether their time was long or short, are nothing less than wonderful. Do I have regrets? Yes, but I’ve chosen to forgive myself for selling Marina on the black market, and until villager trading is a punishable offense, I ask for your forgiveness too. 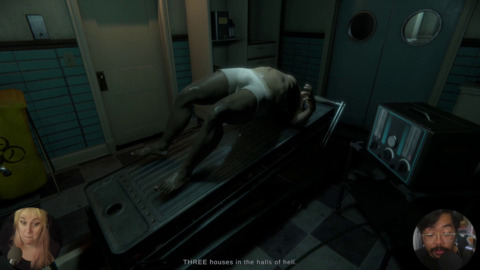 Transform a deserted island into a paradise in the Switch's version of Animal Crossing.