Indonesia May Be Developing the Next Great Horror Game

by Patrick Klepek on May 1, 2014
Share:TwitterFacebookReddit

And the developers are hoping it's a chance to put the country on the map for serious game development.

When one thinks about where the next great horror game is coming from, it’s probably not Indonesia. But it’s possible that might change with DreadOut, a love letter to Fatal Frame, when it arrives this month.

You might remember DreadOut because of its splashy, terrifying playable demo from more than a year ago. I checked out the demo on Spookin’ With Scoops way back when, and even revisited the demo on last week’s show. Only having a camera to fight the undead remains a terrifying setup for a game, quickly paralyzing the player.

Bali is the most well-known island in Indonesia, as it’s home to the country’s largest tourist population. DreadOut developer Digital Happiness is located in Bandung, situated to the west of Bali.

“It's quite funny that we're the first Indonesian game developer that succeeded in crowd funding,” said producer Rachmad Imron in an email. “There's no such thing as a games industry in Indonesia--it's still in its developing stage. There's no such thing like grants from the government to develop a game.”

That’s not entirely true, though. There are plenty of mobile and casual games coming out of Indonesia, but Digital Happiness couldn’t find anyone willing to fund its vision for a video game.

“Others pushed us to change the horror theme that we brought with DreadOut,” he said. “That would hurt our vision, so we decided to do it ourselves.”

In DreadOut, a group of high school students make the classic horror mistake of wandering away from the recommended path during a vacation. Upon stumbling upon an old and deserted town, bad stuff starts to happen. Bad stuff involving ghosts. Fortunately, the main character, Linda, begins to recognize her control over a strange power that allows her to combat the strange creatures with various cameras.

Less than 20 people are working on DreadOut, a game that’s in its final development sprint.

DreadOut was originally pegged as “the Indonesian horror,” though Digital Happiness now refers to the game as “third-person supernatural horror.” A less interesting tagline but potentially more accurate.

“We don't want people seeing us as trying to hard to get that ‘Indonesian’ thing in our game,” said Imron.

That might stem from DreadOut sharing so many similarities with established Asian horror tropes, like creepy women with long, black hair. Indonesia is part of Southeast Asia, and the region’s urban legends and myths share similarities with what we already associate with Asian media.

“We think there's still a lot more to explore and the difference between them is very interesting,” he said.

In developing the story, the team has drawn on the ghost stories they all heard while growing up. And while Digital Happiness hasn’t experienced anything supernatural or weird while making the game, Imron quickly pointed to how supernatural phenomenon is embedded in Indonesian culture, even today.

“In some regions, it's actually common to see a headline in a newspaper saying ‘School Struck by Mass Possession.’” he said. “At a local convention, while we were presenting our game, there was a creepy guy watching us. He offered help on opening our ‘sixth’ sense, to gain the ability to see djinn and supernatural beings in order to get an accurate version for our game ghost designs. Naturally, we refused the offer politely.”

Even though Digital Happiness has no interest in making mobile or social games, Imron hopes the success of those games brings more money and interest in game development to Indonesia.

"There's no such thing as a games industry in Indonesia--it's still in its developing stage."

“We have a lot of good human resources but most of them went abroad because there’s no game industry in Indonesia, but we hope this will change soon,” he said.

Later this month, we’ll find out if DreadOut can move the needle. Even if it doesn’t, maybe it can scare the hell out of us. And if nothing else, maybe it encourages some people to learn more about Indonesia.

“Our food is hot, spicy, but cheap,” said Imron. “The living cost is also relatively cheap. The traffic is awful in major cities. Oh, and over here, mosquito is your biggest enemy.” 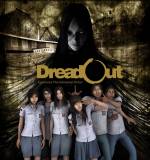