The Horror Master graces us with his presence once more to briefly discuss his favorite games of the year.

Remember last year when we somehow duped John Carpenter, the director of movies like The Thing, They Live, and In the Mouth of Madness to write us a top 10 (or, well, to be more accurate, top six) list of his favorite video games? That was pretty cool. Sure, it was a sparse list, but considering we never expected him to reply at all, we weren't complaining.

This year, we decided to try our luck again, and see if The Horror Master himself had more games he wanted to list out and talk about. Lo and behold, he replied. If this year's list is any indication, next year's list will probably just be one Ubisoft game followed by a signature. And we'd totally publish that, too.

Here is John Carpenter's list of his top five games of 2014, presented in unedited form.

Once again, we offer our thanks to Mr. Carpenter for participating. 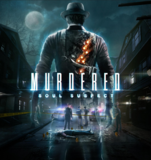 Murdered: Soul Suspect is an adventure mystery stealth video game developed by Airtight Games and published in 2014 by Square Enix for Microsoft Windows, PlayStation 3, PlayStation 4, Xbox 360 and Xbox One.