The Horror Master himself lets us know what games he enjoyed most this past year.

John Carpenter has made a number of the Giant Bomb staff's favorite movies--Big Trouble In Little China, The Thing, and They Live, just to name a few. Earlier this year, we discovered that Carpenter had taken to tweeting about video games semi-frequently, and Patrick got it in his head that he'd like to try and interview the man about his interest in the medium. The resulting interview also got us thinking that maybe, just maybe, Carpenter might like to submit his own list for this year's special guest Top 10s. Not necessarily expecting him to oblige, we reached out, and were quickly rewarded with a short, but intriguing list of the director's favorites. Below is the unedited list he was kind enough to send us.

3. THE LAST OF US - Great characters make this a classic 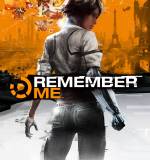 Remember Me is a futuristic game set in Neo-Paris. The protagonist, Nilin, is up against a tyrant company, Memorize, with the technology to manipulate people's memory to their will. It is up to Nilin and her friends to fight against Memorize to break the bind it has on society.