The Katamari Damacy creator tells us about the games that helped inspire him to shape it into the ball-rolling classic we all know and love.

Keita Takahashi is a game designer best known for his work on Katamari Damacy, Noby Noby Boy, and the forthcoming Wattam. He's @KeitaTakahash on Twitter.

I have not played nearly any games this year besides Wattam. So, I was considering just reviewing/telling you all about Wattam, but I think I should not do that. Someone might kill me.

So, let me go back to 2002 (or 2001, I forgot), a time when I was waiting for the green light for the first Katamari Damacy. I picked these games because they helped encourage me to not be afraid of making Katamari into the unique game I wanted it to be.

A simple and beautiful mechanic, and great art. But the thing that surprised me most is the way to save this game. If you sit on the ruined benches with Yorda, you can save the game. That’s rad. Like holding hands or sitting on the bench, all common, normal things in our daily lives can be game elements. That’s a lesson I got from ICO.

Rez extended my boundary of visual art for video games. Rez taught me there is not any clear definitions of "What video games should look like." Rez looks cool, ICO looks beautiful, so how about Katamari? That's what I had been thinking while playing Rez.

All animal’s bodies in this game are made with panels, with a cubic head on them. So their movement and behavior can’t be a realistic, but I felt it’s kinda real. I mean, it’s not real real. It’s as real as panel shaped animals can be. I think I got a small hint about visual design for the objects that could be rolled up in Katamari. Every single object needed to be low poly counts because of the PS2's performance. Then I figured that the amount of polygons doesn't matter; animation, texture and design direction are much more important.

Oh, actually, The Gardens Between is the only video game I played this year. My favorite parts of the game are where the game mechanic and story tie together best. It’s a small story and simple mechanic (well, gameplay is not so simple--it’s little bit more complicated than I expected), and you eventually come to understand why they are doing this weird time shift adventure at the very end, and that was a lovely moment when it all comes together.

Filed under:
ICO
Cubivore: Survival of the Fittest
Rez
The Gardens Between
Keita Takahashi
Katamari Damacy

Lovely drawings. I can't wait to see the result of Wattam! (Such a fun word to say aloud. Wattam!)

Thank you for Katamari. Looking forward to Wattam!

Love the unique list & drawings, shout out for the Cubivore reference.

Nice to see The Gardens Between get some props, I really enjoyed it.

I love that you drew a picture for of each game!

Thank you for the list Keita! Its cool to see what games helped influence you and your vision for Katamari!

My now wife picked Katamari Damacy off the shelf in 2004. She had not bought a video game off a store shelf since Monkey Island 3. This one seemed to have character that others did not and I have never stopped thanking her for picking out one of my favorite games of all time.

Uniqueness and accessibility are something that was hard to find in gaming and I'm glad that Karamari and others like it could grow into the kinds of game choices we have today. Thanks to Takahashi-san for his amazing creations over the years and this great list!

This list is really fantastic. I would love to hear what you think of Donut County, it seems like such a love letter to your work.

I'm going to make the Rez art my phone wallpaper. Thank you, sir.

Thank you so much for this.

Big fan of your work ♥

Wait.. Takahashi is making Wattam? Now I'm even more excited about that game!

Cubivore and the drawings make this the best list. Thank you for sharing.

Very enlightening, happy to see your contribution to the site

What an absolutely relaxing and charming list. Thank you for the write-up!

All of those drawings are too cute. Great to see into a bit of gaming history with these choices. 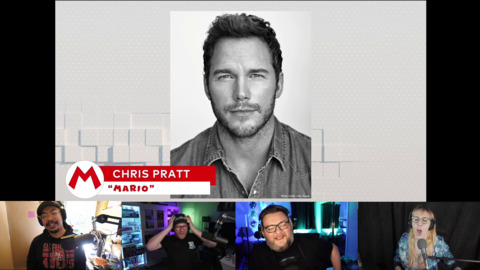 ...that is definitely a choice for Mario Mario!

The story of a forsaken boy with horns and a mysterious girl who must work together to escape from the confines of an enormous castle.