by Patrick Klepek on February 11, 2014
Share:TwitterFacebookReddit

The disappearance of Flappy Bird has prompted streams of harassment and death threats. There are no consequences for the most vile of harassment on the Internet. This has to change.

Today, we have a better understanding of why Flappy Bird developer Dong Nguyen decided his game should no longer be available on the App Store: addiction. An interview with Forbes revealed the developer's insecurity with how people played it.

"I think it has become a problem," said Nguyen. "To solve that problem, it’s best to take down Flappy Bird. It’s gone forever.”

It doesn't actually matter. Even if Nguyen removed the game for reasons he won't disclose, reasons far less altruistic than protecting players from themselves, we can still read what has been said about him and to him.

On Sunday afternoon, I became aware of a custom Twitter list that collected some of the horrendous, awful words that had been targeted at Nguyen in the past few days. Many of them were death threats, some merely promised violence, and others shouted obscenities at the top of their digital lungs. Much of it was unequivocally abuse and deeply unsettling. Whether or not these comments impacted Nguyen doesn't change the fact that they exist. The sheer volume of abuse suggests much of the Internet populace believes there is no consequence for threats conveyed via Twitter or otherwise. There's good reason for that: they're right.

Amanda Hess' "Why Women Aren't Welcome on the Internet" article, for example, is an excellent and deeply applicable source on how much difficulty our modern legal and security infrastructures have dealing with the evolution of harassment. The tools of harassers are deeply embedded into the fabric of the Internet. Empowerment of the user is king. Unfortunately, it comes at all costs to the victims on the receiving end.

Here are a few examples of what was directed at Nguyen:

Weirdly, much of the vitriol targeted at Nguyen may come from a deep misunderstanding of what's happening to Flappy Bird. It is not being erased from every iPhone and iPad. While Apple does have a "kill switch" that would allow the company to remotely nuke a piece of software from all of its devices, it has never deployed the "kill switch." It's reserved for malware and other havoc-inducing apps. (For example, developers who have snuck emulators onto the App Store hidden have not seen their apps forcefully removed from users who downloaded them before being pulled.) But even if these users better understood Flappy Bird's ultimate fate, it's no excuse, and underscores the flippant nature to much of Internet commentary.

What's one comment in a large sea? Well, It adds up. How many people need to tell you that you're an asshole in real-life for it to have an impact on your day?

When I linked to the aforementioned Twitter list, it spread quickly, and generated sympathy and questions. I want to respond to some of the commentary that I found troublesome, and explain why what people did to Nguyen underscores some deeper cultural issues about what we consider acceptable Internet behavior.

(I'm not going to publish the actual tweets, just quote them.)

"I've never experienced any hate like this but I have to imagine 75% of the world would choose to endure this for 50k a day."

The most important part of this is "I've never experienced any hate like this." Red flag. The Verge speculated Flappy Bird was generating $50,000 daily. Nguyen's simply said it's "a lot." This has become the de facto excuse for why it's okay to dismiss Nguyen. He's rich! Who care if he's miserable about it? If a person is making a substantial amount of money, the logic goes, that's reason to put up with whatever the Internet can throw you. (Whether money buys happiness remains an open-ended question in academia.) But this displays an amazing lack of empathy. Can you imagine what it would be like to become a celebrity overnight? No. What gives you the right to evaluate their mental well-being? Why are you allowed to tell them how to feel?

"What mob? The mob of teenage girls who make completely idle death threats? I wouldn't take this too seriously."

"but it's not a real mob though. No one is actually gonna kill this guy."

It's hard to take this tweet seriously. What, mind you, is an idle death threat? That such a damningly vague phrase even exists is evidence itself that we've allowed discourse on the Internet to reach a point where we're supposed to be emotionally, mentally, and physically okay with death threats. If someone writes a death threat in a letter or in-person, that individual may be arrested by the police. At the very least, there are consequences. If someone writes a death threat over a social networking service, it's an "idle threat."

Words are powerful, and people should be responsible for them. When we characterize threats as "idle," we remove the individual from the equation. It's victim blaming. It's hard to imagine how Nguyen is to blame here.

When the Internet turns on you, it's hard to describe the emotional rollercoaster that goes along with it. You can't exactly walk away from the Internet forever. While looking at a long list of abuse Tweets directed at Nguyen, it's easy to distance yourself from it because, hey, it's not you. But I've been on the other side of that equation, albeit not to the same scale as Nguyen. When someone directs a threat of violence at you, it feels very personal. Every single one of them. When someone photoshops my wife into a photo to try and unsettle me, it feels very god damn personal. You cannot distance yourself from attacks that are directed at you, and to suggest otherwise only underscores one's lack of experience with the subject. You need a thick skin to survive as a public figure on the Internet, but that doesn't mean there aren't chinks in your armor. And as Jim Sterling mentioned on this week's morning show, it doesn't mean there isn't skin underneath. That skin can get raw.

We lack empathy on the Internet. There are people behind every game, every username, every Twitter account.

"what is the discussion at hand here? Should we be allowed to insult and/or threat people via the internet?"

Insult? Yes. Threaten? No. That is not protected speech. Learn how to construct a real argument.

"It's not that bad. I see worse shit in an average game of Dota."

This, unfortunately, rings true. It wouldn't surprise me if, statistically, the gaming audience was found to be more prone to this type of vitriolic commentary than other communities. The hardcore gaming demographic skews young. I'm afraid to imagine what kind of stupid things I might have said on today's Internet when I was 14-years-old. Many games, especially those online, are competitive, and adrenaline can bring out the worst in us.

But none of these are excuses for such poor behavior, and merely pointing out the problem doesn't solve it, either. A combination of legal, technological, and societal changes are needed to make the Internet a safer place, especially for critical, dissenting voices. You shouldn't have to put up with death threats on the Internet, and individuals shouldn't be allowed to get away with them without a reciprocal impact. This article won't change that, but the next time a situation like this flares up, you don't have to contribute to the problem, either.

Don't be silent. Speak up for targets of harassment. They're victims, after all.

If you're interested in reading more about Flappy Bird (there's lots to digest), here are some terrific pieces: 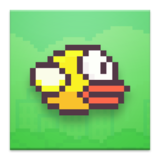 A deceptively-simple mobile game in which players flap the odd-looking bird Faby between pairs of pipes by tapping the screen. It's notable for its removal from storefronts due to its addictive success, spawning numerous clones and imitators wanting to take its place.