Sony Confirms its Own 'Online Pass,' Starting With Resistance 3

by Patrick Klepek on July 6, 2011
Share:TwitterFacebookReddit

No confirmation of branding or details on pricing structure and what's getting locked away.

Over the holiday weekend, there was growing evidence Sony would be starting an "Online Pass" program, a way of combating the rise of used game sales, with a similarly titled "PSN Pass."

The basic idea is locking some (or all) online content behind a code included with new copies of a game. When redeemed, that code's useless. If a consumer turns in that game to GameStop, whoever purchases it used will have to purchase another code to access the locked content. In general, purchasing a new Online Pass has cost $10.

Beginning with Resistance 3, Sony will have their own variation of this, the company has confirmed. The original rumor, based on some leaked packaging from overseas, dubbed it PSN Pass, but Sony made no reference to that name in today's statement.

"We are always evaluating new programs for our online offering," said the company, "and starting with Resistance 3 this September, we will be instituting a network pass program for PS3 games with online capabilities. This program will be game-specific. Games that are a part of this program will include a single-use registration code that grants the account holder redeeming the code full online access for that title. This is an important initiative as it allows us to accelerate our commitment to enhancing premium online services across our first party game portfolio."

There are some key phrases in this statement.

One, "game-specific." Right now, Sony's not willing to say this will extend to all of its upcoming releases, which include a multitude of multiplayer-centric games, like Twisted Metal and Uncharted 3. However, "instituting a network pass program for PS3 games with online capabilities" suggests it's definitely on the table.

Two, "full online access." That doesn't exactly detail what will or won't be locked away.

Three, "network pass program." Sounds like "PSN Pass" may not be the final name.

We also don't know how much a new code will cost, but given how this statement is reactionary, caused by an oversight on Sony's part, the lack of details is hardly surprising. If the company's willing to say something is in the works today, though, an official announcement should be coming soon. 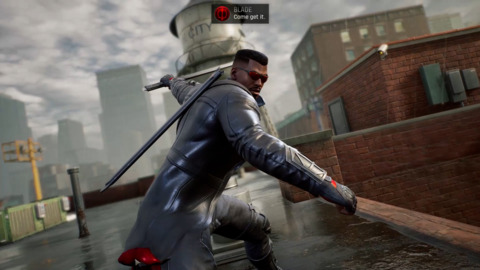 More like Marvel Three Houses! Finally a game where I can decide if I want to grab pizza with Doctor Strange, Iron Man, or Blade. Always choose Blade.

In the third game in Insomniac's Resistance franchise, you will play as Joseph Capelli, murderer of previous protagonist Nathan Hale, as he journeys across the Chimera-controlled United States.