by Patrick Klepek on November 20, 2014
Share:TwitterFacebookReddit

Valve appears to recognize Early Access has burned some customers, and it needs to clarify what the platform is really for.

Monetization of the development process has proven controversial. While Steam's Early Access program lets players participate in creation, it's led to confusion and anxiety when games go off the rails. Valve issued new documentation to developers about Early Access today, suggesting it knows it's an issue.

Several developers confirmed the existence of these new guidelines to me this morning.

The updated documentation is broken up into sets of "rules" and "guidelines," and opens with Valve trying to define exactly what Early Access is. It's mostly familiar, but written with the benefit of experience.

"Steam Early Access is a way to invite customers to get involved with your game as you develop, so that you can get the feedback you need to make better informed product decisions and to ensure the best outcome for your customers and fans. When you launch a game in Steam Early Access, there is an expectation by customers that you will continue development to a point where you have what you consider a 'finished' game. We know that nobody can predict the future, and circumstances frequently change, which may result in a game failing to reach a 'finished' state, or may fail to meet customer expectations in some other way. We work hard to make sure this risk is communicated clearly to customers, but we also ask that developers follow a set of rules that are intended to help inform customers and set proper expectations when purchasing your game."

First up, rules. This aspect is non-negotiable for Early Access participants. Valve now asks developers to specifically brand games as being in "Early Access" when Steam keys are being distributed off-site. This makes sense. Nobody should be buying a Steam key for a game without knowing it's not quite finished yet. Besides branding, Valve also asks developers to communicate the current status of the project.

"We work really hard to make sure that customers understand what they are buying when they get an Early Access title on Steam. But we've seen that many of these titles are sold as keys on other websites where there is no explanation of what Early Access is or what the current state of your product is now versus what you hope to achieve."

Interestingly, developers are now asked to avoid "specific promises about future events." This is likely to avoid developers bragging about how their game will eventually have co-op and other features that might be axed. This could lead to projects being more vague but more realistic about can really happen.

Next, Valve requires developers to launch on Early Access as the same time it's unlocked on other storefronts or web sites. Furthermore, sales have to be consistent, and developers cannot charge more on Steam than they're charging elsewhere. Consistency is key.

"We expect Steam customers to get a price for the Early Access game no higher than they are offered on any other service or website. Please make sure that’s the case."

What follows next are a series of guidelines, recommendations borne out of Valve watching some developers crash and burn on Early Access. We've all witnessed this. When it happens, it hurts everyone. Consumers begin to distrust Early Access (and the idea of participatory development more generally), and become wary of buying into the promise of new games, even if the circumstances are very different.

Since this section is so interesting, I'll just quote the whole thing.

"Don’t launch in Early Access if you can’t afford to develop with very few or no sales.

There is no guarantee that your game will sell as many units as you anticipate. If you are counting on selling a specific number of units to survive and complete your game, then you need to think carefully about what it would mean for you or your team if you don't sell that many units. Are you willing to continue developing the game without any sales? Are you willing to seek other forms of investment?

Make sure you set expectations properly everywhere you talk about your game.

For example, if you know your updates during Early Access will break save files or make the customer start over with building something, make sure you say that up front. And say this everywhere you sell your Steam keys.

Don't launch in Early Access without a playable game.

If you have a tech demo, but not much gameplay yet, then it’s probably too early to launch in Early Access. If you are trying to test out a concept and haven't yet figured out what players are going to do in your game that makes it fun, then it's probably too early. You might want to start by giving out keys to select fans and getting input from a smaller and focused group of users before you post your title to Early Access. At a bare minimum, you will need a video that shows in-game gameplay of what it looks like to play the game. Even if you are asking customers for feedback on changing the gameplay, customers need something to start with in order to give informed feedback and suggestions.

Don't launch in Early Access if you are done with development.

If you have all your gameplay defined already and are just looking for final bug testing, then Early Access isn’t the right place for that. You’ll probably just want to send out some keys to fans or do more internal playtesting. Early Access is intended as a place where customers can have impact on the game."

Every single one of those bullet points has been echoed before. Being able to see how a game goes through the ugly, often frustrating process of development is amazing, and the benefits certainly outweigh the problems. Game development has previously been mysterious. Now, less so. Yes, players will occasionally get burned on a game that doesn't pan out. That sort of risk is just inherent to these kinds of ventures.

Nonetheless, it doesn't absolve developers (or Steam/Valve) from making sure consumers are aware of the leap they're making. Failure is always a possibility, but if everyone is communicating, that's okay.

These guidelines and rules seem like a step in that direction, but the guidelines remain exactly that: guidelines. They're not rules, which means developers might still be tempted by potential Steam sales. 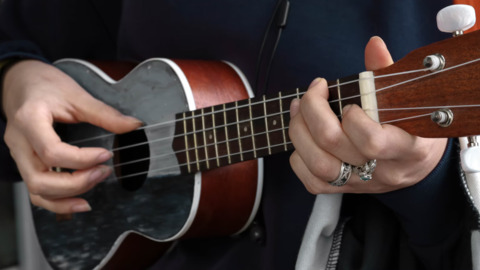 We're back with some talk about Halo Infinite's campaign, finding joy in Battlefield 2042, wanting more challenge in Pokémon BD/SP, Epic buying Harmonix, and even more!