Grab yourself a few dozen nugs and get ready to rip out your nose hairs. It's the Community Spotlight!

Hello and welcome to the latest edition of the Giant Bomb and I, @zombiepie, am once again honored to be your host this week! This is the week of Extra Life 2018! After months of planning it's finally time to raise money for children's charities! Rather than go through my standard humorous spiel, let's talk about how YOU can help everyone trying to raise money for Giant Bomb's Extra Life 2018 Team!

Don't forget, Giant Bomb's 2018 Extra-Life madness is happening RIGHT NOW! Here's some resources and tools to help you support the community in raising money for charity.

Get every possible detail you could possibly need on Matt's Extra-Life thread. Check out the FAQ if you do not understand how to join the team, or how you can help. Feel free to use the thread to link to your donation page!

Hey everyone, if you are able to donate could you help out some of the user accounts that do not have a donation. Every dollar helps, be there are about seventy teammates that are still looking for their first donation. Help them out if you can, and even small donation would be greatly appreciated.

Riostarwind put together the yearly GB community #ExtraLife chart. Fairly small right now but by the end of the month you won't be able to keep up with all the live streams.

Over on Twitter, jea_rum had some time to spare and decided to submit something for inktober before the end of the event. I think the wait was well worth it. Additionally, their Garfield x Venom drawing is the stuff of nightmares.

"Best Of" Video Of The Castlevania 2 Vinnyvania Stream (By: @minos83)

A reminder to also try watching/donating to the other smaller streamers on team GB this and the following weekends. I know first hand how disheartening it is to go 24-25 hours with little to no views or donations. It's not just the crew and a few friends of the site doing this.

If you are interested in a Giant Bomb community MapleStory 2 for the East Coast of North America, we now have you covered! Get the details using the link above.

Giant Bomb user flynnneary has compiled all of Giant Bomb's previous GotY awards into a single forum post with the obvious 2018 front-runners included. It's a fun read and feel free to share your predictions for the award winners.

We Witched Once (By: @ford_dent)

Ford_Dent continue their Let's Play blog series about the Enhanced Edition of The Witcher. Read all about their evolving impressions of Geralt's initial video game outing.

Giant Bomb staffer Mr. Rorie joined two Giant Bomb moderators, thatpinguino and ZombiePie in discussing their thoughts and impressions of chapter two of Final Fantasy XII on a podcast. Give it a listen to hear their exhaustive thoughts.

BlackLagoon is back with a convenient list of every game that released on the PlayStation Vita in October. Give it a read and see what they think is worth your time on the handheld.

Check out Sniffulls' latest blog to see how the Canada Cup impacted the Capcom Pro Tour and overall global rankings within the fighting game community!

"Classics" Digital Part 6: Informing You About These Programs (By: @raven10)

How does game publisher, Classics Digital, relate to Infogrames? As Raven10 shares, we have Classics Digital to thank for bringing Atari classics like Bubble Ghost and Chaos Control to Steam.

Gaming Memories: A Link to the Past (By: @majormitch)

MajorMitch uses their latest blog to discuss why The Legend of Zelda: A Link to the Past continues to be one of their strongest and fondest gaming memories. They also welcome you in joining them in their nostalgic tour of the game.

A truncated Saturday Summaries as this week as Mento is helping the Extra Life streaming effort (don't forget to donate!). They still found the time to talk about spooky SNES games, Cat Quest, and even more on Tales of Berseria.

What do you make of Rockstar's control "weirdness" in Red Dead Redemption 2? Do they get a pass, or should they embrace industry standards when making games? Share your two cents' worth in our discussion thread.

What are your thoughts about Red Dead Redemption 2's bounty system? The Giant Bomb community seems divided. Do you enjoy it, or is it woefully broken? Share your impressions of the system in our discussion thread.

Deltarune Released On PC And Mac (From The Maker Of Undertale) (By: @oodli)

Have any of you played the recent game from the maker of Undertale, Deltarune? What are your impressions of the game's story and developer's warning? Was a stealth release they way to go?

The Final Smash Direct (By: @casepb)

Calling everyone excited about Super Smash Bros. Ultimate! What are your impressions of the FINAL Smash Direct? Are any of you excited for the buff-ass Pokemon they picked for this edition of Smash?

With the PlayStation Mini lineup announced, what are your thoughts about the games included? What are the notable absences? Share your two cents' worth with the rest of the Giant Bomb community.

What are your FAVORITE video game quotes? Has an individual line of dialogue ever stuck with you as memorable? Can you think of dialogue so that is so bad, it's good?

Hellgate: London Is Coming Back To Steam (By: @rorie)

Do any of you have reactions or impressions of the return of Hellgate: London? Will any of you give the game a second shot, or is the game best left dead? Join our discussion now.

A New Bubsy? Someone Get Dan On The Line (By: @drflapjack)

Bubsy inexplicably returns again with Bubsy: Paws on Fire! What could possibly go wrong? I think the user comment to the right says it best, but use the link to join our discussion. 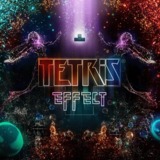