And at #27 in the Royal Rumble it's... this week's Community Spotlight!

Hello and welcome to the latest edition of the Giant Bomb Community Spotlight and I, @zombiepie, am once again honored to be your host this week! With yesterday's release of Kingdom Hearts III and Resident Evil 2, it seems like good games are finally coming out! Normally it takes upwards of two to three months before things kick into high gear for the video game industry, but 2019 has been a pleasant surprise. As you will hopefully see, this week's Spotlight is packed to the brim with wonderful discussion threads that I hope you all partake in this week. So, without further ado, let's jump into the site related housekeeping, because we have a lot to talk about!

My tram just arrived so I couldn't run up to say HEYA to this person (barely had time to snap the pic) so if this is you in the @giantbomb tee:

1. HEYA
2. Sorry if you're weirded out by this (I can delete if you want), but
3. You're my first in-the-wild spotting of my work! pic.twitter.com/ff5OIMZcY6

Congrats @giantbomb you made it into the local paper! Truly one of the lucky ones “to being making money playing games” pic.twitter.com/k6mvWl0SfE

Over on Twitter, Clerkboy has been happily consuming the new season of the All Systems Goku podcast. As a result, they created the banner art for this week's Spotlight!

We've got puns over here! As the musical group Devo once put it, some things never change.

We now have a Giant Bomb Minecraft Bedrock Realm! The realm accepts Windows 10, Xbox One, Switch, and Mobile users! Learn how to join it using the link above!

All Those Juicy Wiggler Deaths, In One Convenient Place! (By: Dr_Mel)

Dr_Mel compiled all of Giant Bomb's deaths from the last episode of "Giant Bomb Makes Mario!" Watch the video and have a good laugh at every Wiggler-based death of their own making.

How Do You Prepare for the End of What Held You Together? (By: @willherox)

Giant Bomb user WillHeroX is dreading the upcoming release of Kingdom Hearts III, not because they think it is a "bad game," but because they do not want an adventure from their childhood to end.

Giant Bomb user MajorMitch uses their latest blog to look back on Final Fantasy VII and share why the game still manages to draw them back into the city of Midgar to this day.

Why it might sound a bit late for a year-in-review blog, things are a bit different for Clagnaught's offering this week. They ran down their favorite video content from Giant Bomb in 2018. Give it a read and find out what they enjoyed the most last year.

Moderators thatpinguino and ZombiePie continue their intrepid trek through the often surreptitious world of Final Fantasy XII with the help of Mr. Rorie. How have they fared with the game's hunts and mainline story? Give it a listen to find out!

Mento has thrown together an intro to Bandai Namco's Tales series, in preparation for what might be Giant Bomb's first ever Tales game Quick Look. They also scrutizined Neon Prism, Mass Effect: Andromeda, and South Park: The Fractured But Whole, and have more Valkyria Chronicles 4 rankings to enjoy.

BioWare's Anthem recently had its multiplayer demo launch this week and the community has been buzzing about it ever since. If you have played it, what are your early impressions of the game thus far? Does it show promise, or is it dead on arrival?

Is Dan Growing A Kratos Style God Of War Beard? (By: @jaypethian)

We have a community poll debating if Dan is slowly growing Kratos' beard from God of War. I'm not joking. The image to the right is presented as "Exhibit A" to prove the point of the poll.

Have any of you tried out the Resident Evil 2 Remake? What do you make of the game's changes to the original? Have you tried out the game on the higher difficulty setting? Answer these questions and more using the link above!

What is your reaction to Metroid Prime 4 getting a developmental reboot? Are you excited to hear Retro Studios is returning to the series? What do you think caused the original project to die a death by a thousand cuts?

Have any of you played The Hong Kong Massacre? Does it borrow too heavily from Hotline Miami's playbook, or does it bring enough original ideas to the table to be judged by its own merits.

The Giant Bomb Community Warframe Clan welcomes you to read about and discuss the game's recently announced 2019 road-map! Use the link below to join the fun!

Have any of you tested out Ace Combat 7: Skies Unknown? Do you have any impressions of its frenetic single- or multiplayer? Feel free to share them with the rest of the Giant Bomb Community!

Which game(s) do you think have truly unique storytelling structure or techniques? Games like Gone Home and Dear Esther pioneered new ways to tell stories in games, but can you think of other examples?

In an announcement almost no one saw coming, Pillars of Eternity II: Deadfire is getting a turn-based mode for those who want the game to become even more "old school" than it already is right now. Do you have any thoughts yourself?

What One Game From The Current Gen Do You Wish Everyone Would Give A Chance To? (By: @liquiddragon)

We have a fun "Question of the Week" on the forums this time around: "What one game from the current gen do you wish everyone would give a chance to?" Hey Kingdom Hearts fans, now's your time to shine! 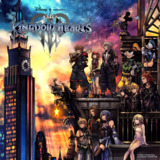 The third sequentially numbered title in the Kingdom Hearts franchise.