Not to brag, but I had charcuterie today.

Hello and welcome to the latest edition of the Giant Bomb Community Spotlight and I, @zombiepie, am once again honored to be your host this week as well look back at the best offerings from the Giant Bomb Community! It's finally beginning to cool down in the United States, ever so slightly. Nonetheless, the community was as active as always. This week we have a TON of housekeeping items to review. From cool guest appearances to exciting new merch, there's a lot to go over this week. So, without further ado, let's jump into it!

Check out this cool 3D Blender render of the Giant Bomb logo from user ru5tyj! Don't forget to use the link to thank them for their hard work!

The community Level Code Sharing thread for Dan and Ben's "Get On My Level" video series has exceeded 300 comments! Keep up the great work and use the link above if you have a level!

During last Fridays pre-show @ybbaaabby @DanRyckert @AlexBoniello and @alex_navarro talked about yeast so @brandibomb and I brought Giant Bomb Yeast to life. Then we featured it in a vegan charcuterie feast w/ homemade seitan, jam, and other goodies. @giantbomb @GBDudersFeed pic.twitter.com/CBkMAu0v0I

I am sorry that I have failed 29% of my children, that I failed to instill such key values in them and it has led to this grave misconduct. May god forgive them. https://t.co/OX2Y3Qfm64

The Surge Is Dead Space And Dark Souls Rolled Into One And I'm All In (By: @humanity)

On their latest blog, Humanity shares how Deck 13's dystopian sci-fi game, The Surge, successfully blends the sensibilities of Dead Space and Dark Souls into one game.

With the excitement for Doom Eternal growing by the minute, Giant Bomb user JasonR86 wrote a blog looking back at Doom 3 and detailing why they think it is the franchise's oddest numbered offering.

These Endings Are Pretty Intense, Especially For A Puzzle Game [SPOILERS!] (By: @zor)

Giant Bomb user Zor recently completed BoxBoy! + BoxGirl! on the Nintendo Switch, and wants you to know all of the game's endings are INCREDIBLY DARK AND DEPRESSING! If you do not mind spoilers, give their latest blog a read!

Steam Link Letting Me Down (By: @mikemcn)

Mikemcn was a year one adopter of Valve's Steam Link, but has become highly disappointed with the state of the service today. Do any of you who own a Steam Link agree? Read what they wrote and share your own experiences using the link above!

Rebuild of ArbitraryWater 2.22: Sometimes You Can (Not) Go Home Again (By: @arbitrarywater)

ArbitraryWater is up to their old tricks with a new retrospective on Might and Magic VII: For Blood and Honor! Give their blog a read and discover why they think its "flexible" gameplay stands the test of time!

First, their latest "Mega Archive" post reviews the MANY games that released on the Genesis/Mega Drive during the summer of 1991! Read all about Streets of Rage, Turrican, and many more classic games! For their "Indie Game of the Week" blog, Mento also played Subnautica! Give their blog a read and find out why they thought it provided a beautiful but frustrating journey to the deep!

Staff member Mr. Rorie took a break from their dual-monitory craziness and jumped into the world of gaming mice and talks about their recent purchase of a Steelseries 650 wireless mouse on their latest blog!

The Only Losing Move: DEFCON And Nuclear War (By: @gamer_152)

This week, moderator Gamer_152 is talking about the role of the nuke and weapon interfaces in Introversion Software Limited's classic strategy game, DEFCON: Everybody Dies and how they build a sense of dread.

Is Wu-Tang Really For The Children? (By: @ssully)

The fact any of you saw this poll title and still voted "No" is a travesty. I am so disappointed in some of you right now.

What's The Difference Between 'Fun' And 'Boring' Assassinations (Or Kills) In Games? (By: @launchcode)

Video Game Character You'd Most Like To Be Like?(By: @humblecookie)

If you transform into a video game character, who would it be? Would you want to be a superhero or someone with a positive outlook on life? Are there characters you'd like to be that only "work" in their own video game worlds? Share your pick!

What do you make of the recent news of THQ Nordic hiring TimeSplitters co-creator, Steve Ellis to work on the franchise's return? Does this bode well for a continuation of the last game?

They're Patching In A Bunch Of Stuff That Might Make Wolfenstein: Youngblood More Playable (By: @rorie)

Wolfenstein: Youngblood is already getting a patch/update to address issues and criticisms about the original single-player campaign. Read all about the changes and share if they are enough to improve your feelings about the game.

Anyone Planning To Buy the Switch Lite? (By: @toby80)

Do any of you plan on purchasing the Switch Lite when it comes out? Even if you don't, who do you think is the handheld's prospective audience? How well do you predict the device will sell at launch? Share your answers to these questions, and more, using the link above!

Which Game Have You Played For The Longest Period Of Time? (By: @nuclearelephant)

The title of this forum thread speaks for itself! Which game have you played continuously for the longest time? Are there any non-MMO examples you can think of off the top of your head?

Here's a link to another fun community poll and discussion thread! JRPG franchises often use "mascots," but which icon do you like the most? Does Megaten's Jack Frost take it or how about Dragon Quest's Slime? What about Chocobos in Final Fantasy?!

How Does Everyone Feel About The Difficulty? (By: @nateandrews)

Calling everyone playing Fire Emblem: Three Houses! What are your impressions of the game's difficulty? A lot of users are complaining the default difficulty is "too easy," but what do you think?

Recommendation On What To Play Next (After Fire Emblem: Three Houses) (By: @theuprightman)

Speaking of Fire Emblem: Three Houses, we currently have a recommendation thread for people just finishing up. If you can think of games with similar mechanics or casts of characters, use the link above to share them to interested users!

What Do You Want Next From The Resident Evil Series? (By: @ntm)

What do you want from the next Resident Evil game? Is it time for an HD remake of Resident Evil 3: Nemesis? If they go with a new game, should it be a first or third-person game? Vote an discuss what you would like to see in our community discussion!

B-Tier Nintendo Franchises I Wish Would Come Back (By: @jeremyf)

Giant Bomb user jeremyfuses their latest list to brainstorm the "B-Tier" Nintendo franchises they would most like to see make a full-fledged return on the Switch.

The Sega Genesis/Mega Drive was Wikipedia's English "featured article" of the day last Wednesday, and it's worth mentioning Giant Bomb's wiki page for the platform is equally impressive! 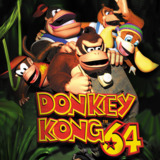 Enjoy barrel blasting, special powers, and saving the Kongs from King K. Rool in the Nintendo 64 installment of the Donkey Kong series.