by Patrick Klepek on October 8, 2013
Share:TwitterFacebookReddit

One of horror's most treasured directors took a few minutes to answer some questions. Wait, what?

If you happen to follow film director John Carpenter on Twitter (@TheHorrorMaster), you know the man responsible for The Thing, They Live, Halloween and countless other classics is also a big game player.

We’re not even talking exclusively horror, either. I mean, look at this:

After seeing Carpenter's tweet about Rayman Legends, it seemed worth a shot to get in touch. Just shouting over Twitter didn’t seem like a productive way of communicating, so a little Internet sleuthing lead me to www.theofficialjohncarpenter.com. It’s a website that doesn’t appear to have been touched in a long time.

Hidden within the site, though, was a link to a “webmaster.” I didn’t know websites in 2013 still had webmasters, and so I figured whatever email this was connected to would bounce back immediately. But, no, it didn’t. In reality, a few days later, I was asked to send over five questions for Carpenter.

How could I say no?

I didn’t, of course. And while Carpenter's answers are short, it’s a dream to say I’m running an interview, however brief, with the man responsible for some of my favorite cinematic horrors over the years.

This is crazy, you guys.

Giant Bomb: You talk about video games on your Twitter account all the time. Have you always been interested in video games? What are some of your favorites?

John Carpenter: My son got me interested in console video games. The first game I remember playing obsessively was Sonic the Hedgehog. Man it was hard; no checkpoints. I kept dying over and over again. Hand-eye coordination was impaired at the time. Over the years I've improved. I have many favorite games. Borderlands 2 is spectacular. I love BioShock, the Dead Space series, The Last of Us...

GB: When playing a horror video game, do you find yourself trying to deconstruct how it works? Which games have been the most effective at scaring you?

Carpenter: I enjoy the Silent Hill series. And no, I don't think about the mechanics of horror games. I just immerse myself.

GB: Having briefly dabbled in making video games with F.E.A.R. 3, have you given any thought to making your own horror video game eventually?

Carpenter: I'd love to work on an original video game. Maybe the opportunity will present itself.

GB: Do you think modern horror movies have anything to learn from horror video games? What about the other way around?

Carpenter: Video games and movies are different art forms. They share details in common, but not necessarily structure.

GB: The Thing was adapted into a pretty great video game. Have you played that one, and do you think any of your other films might have worked, too?

Carpenter: I am a character in The Thing video game. Unfortunately, I die. I think Big Trouble in Little China would make a great game.

GB: Thanks for your time.

Filed under:
John Carpenter
The Thing 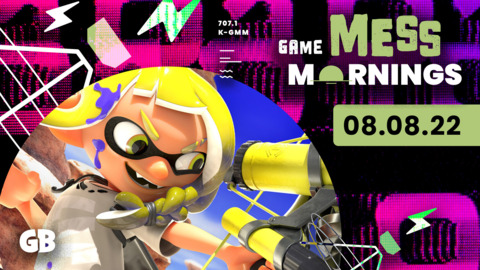 Jeff Grubb is joined by Rachel Kaser to talk about Splatoon 3, Fighting Game Feet, and more!

The semi-sequel to the 1982 sci-fi horror film.