The Man Who Stares at Plants

by Patrick Klepek on February 19, 2014
Share:TwitterFacebookReddit

Alex Swaim's interest in the technical side of video game art has prompted him to spend lots of time looking at the parts of virtual worlds we hardly ever think about.

The Internet has websites for every kind of interest, and that includes plant life in games.

Alex Swaim's Video Game Foliage blog on Tumblr is one of my recent favorites in what I'm currently calling the "oddly specific" category of games coverage. Video Game Foliage highlights what the title implies, and does so with equal parts fascination and dissection.

We don't often consider the plant life around us in video games, and that's probably for good reason. Have you ever stopped to look at the crowd in a sports games? It's often like that with plants in games, too. Often, it's just good enough to convince our brains it's like the real thing.

Swaim, who works as a pipeline programmer for a visual FX company by day in Dallas, became entranced by this overlooked part of the video game aesthetic while playing Dishonored late last year.

"You start to look closer," he said, "you start to break down how they’re made, and these are total flimflam jobs. They’re con jobs. They look just enough like plants, but have almost no relation to how real plants are structured."

Here's what he means, as illustrated by an early entry in his blog:

Who hasn't done something similar, such as walking up to a texture until it degrades into a blur? In some ways, it's part of the countless push-and-pull being designer and player, as one tries to dismantle the limitations of the simulation in front of them, especially ones that mimic reality. The facade can only be taken so far.

But even as Swaim's blog often reveals how the illusion can be shattered simply by changing the camera to the right angle, it only goes to underscore the respect he has for the artists behind it.

"I always thought it [Dishonored] looked amazing," he said. "But at some point, you looked at it, and realized it had no relation to actual plants. It’s trying to mimic, but it’s not trying to replicate. [...] I’d been playing games a long, long time. I never really stopped to think hard that all [of] these plants [are about the question] 'how can we cheat the brain into thinking about plants as closely possible, as easily as possible, as cheaply as possible?'"

In addition to working in visual FX, Swaim's currently finishing his last semester earning a masters in fine arts degree in arts and technology. (He used to have an interest in exploring the outdoors, but that was, um, before he started making games.) His schooling focus has been on games, and he's spent a lengthy amount of time examining the technical art that drives video game worlds. It's part of what makes Video Game Foliage so fascinating, especially as you start to consider the games you remember having great-looking trees and grass, and discover Swaine has done some of the research to learn why those games are able to look so good.

For me, that game is Flower. All I have to do is close my eyes, and I can imagine the grass swaying in my head. Swaim discovered thatgamecompany had actually disclosed how it achieved the uncannily realistic grass in Flower. (The company would eventually disclose similar details about the sand in Journey.)

"For years after its release I was wondering how they managed to simulate and render so many blades of grass" he wrote back in December. "I couldn’t figure out what kind of clever trick would let you do that. It turns out the answer is that there was no trick. The PS3’s architecture has something called an SPU that lets you do a ton of parallel operations efficiently. Sometimes brute force is the best way to do things."

Over time, Swaim started to notice technical patterns. It became obvious some techniques were common, especially when it came to 3D. He found much more variety in 2D, as it turned out.

"The questions that the artists are answering when they make this foliage are 'how do we use those techniques to create the aesthetic effect that we desire?'" he said. "I was going into it expecting it to be looking at one question, and it turns out it’s a slightly different question. [...] You really respect games where there’s obviously just this huge amount of craftsmanship, this huge technical and artistic ability behind here."

The word "trick" can have a negative connotation, but when it comes to Swaim examining the techniques of video game artists, it's a similar satisfaction to knowing how a magic trick works. Hot Shots Golf: World Invitational is a good example of this, as Swaim highlights how the crops shown on a rural-set golf course seem full, deep, and rich. In reality, it's cleverly placed textures.

All of this, naturally, has been leading to this next question.

As someone that's been spending lots of time walking in the the virtual woods, Swaim seemed like the logical expert for a particularly burning question about gaming foliage. Can he accurately spot Speedtree, the industry's premiere middleware tool for producing trees in a video game?

The blog only started in late November, though. There's still time. We'll have to check back in. 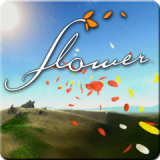 A highly-acclaimed game that allows players to control the wind and collect flower petals while exploring a lush, colorful environment. Its innovative gameplay often seeks to create a soothing and relaxing experience through a combination of visuals and audio to complement the narrative.