The Very, Very Large Black Bars of The Evil Within

by Patrick Klepek on October 22, 2014
Share:TwitterFacebookReddit

When a game's aesthetic can be circumvented by the player, are we supposed to respect artistic intent?

Eight chapters down, six chapters to go. There's much to say about The Evil Within, points I'll elaborate on at another time, but I can't stop thinking about the game's big ol' black bars.

Though Bethesda has talked about The Evil Within as having an aspect ratio of 2.35:1 (super widescreen), Digital Foundry found it's actually 2.50:1. Either way, it means The Evil Within features prominent black bars at the top and bottom of the screen. Most games today are 16:9 (widescreen), and since we've largely transitioned to widescreen TVs, games fill the whole screen. Of course, lots of games introduce modified aspect ratios during cutscenes for a "cinematic" look to differentiate from gameplay.

But games with alternative aspect ratios during gameplay aren't new, either. Lots of bullet hell shooters, such as Ikaruga, require monitors to be flipped horizontally in order to be played properly. The Evil Within director Shinji Mikami was also responsible for Resident Evil 4 on GameCube, which sported black bars, albeit smaller ones. Both Dragon's Dogma and Beyond: Two Souls recently went similar routes.

So while games playing with aspect ratios isn't new, our involvement with them, as players, is.

Here's what The Evil Within game looks like, captured from one of my saved games:

The letterboxing has occasionally bugged me. A few hours in, during the game's third chapter, the gameplay starts to click. The game reveals a setup not dissimilar to Resident Evil 4's intro. The player approaches a quiet village, one that quickly becomes overrun with messed up villagers bent on killing you. It's a big, experimental space that provides the player ample chances to encounter enemies, make mistakes, and adopt a playstyle that feels right. One way to avoid an enemy is by scrambling up a ladder that puts you far away from the enemies. It's a moment to catch your breath in a game that doesn't often let up.

Since you don't have access to much weaponry at this point, it's not possible to hide and carefully pick off the enemies. You must, eventually, venture back down. It's common for creatures to linger in your last known position, and due to The Evil Within's aspect ratio, the bars prevented me from seeing what's below.

Brad actually illustrated what I'm talking about during our Quick Look for the game:

It's possible to argue The Evil Within utilizes forced perspective to teach the player a lesson about tactics. Running away and hoping the AI is going to eventually walk around in the ideal pattern isn't often a viable path to success. Preventing you from seeing what's below while cowering and hiding is a punishment enforced through camera design. That could be true, but I haven't encountered many other situations like that in The Evil Within. It feels like an anomaly.

By and large, I've been able to ignore the bars because I'm playing the game on an enormous 60" screen. At that scale, my eyes are on the constant action occurring at the very center. The Evil Within's camera is oppressively close, too, meaning I'm exclusively focused on what's immediately in front of me. To that end, the framing does regularly impact the game, as it serves to push your attention in a certain direction.

In film, the viewer is passive. The director has control over what's relayed to your eyes. That's not true in games, as most allow the player agency over the camera. Barring non-interactive cutscenes, a game cannot reliably predict the player will frame the environment in a specific way, suggesting the aspect ratio is purely for cinematic "feel," a decision that rings stranger and stranger as games define their own forms.

This all assumes The Evil Within adopted 2.35:1 for artistic purposes. I've been looking through Mikami interviews from the last few years, and haven't come up with much. A NowGamer interview with Bethesda's VP of PR and marketing Pete Hines and The Evil Within senior producer Jason Bergman touched on it:

"NowGamer: I was quite struck by the artistic direction in The Evil Within, this sort of grim realism and washed-out filters – what are your influences in that regard?

Bergman: Well it’s meant to look like a horror movie, obviously. There’s a film grain effect to it, but you’ll notice the darks are very dark, very solid shadows, the art direction at Tango is fantastic.

The lighting, in particular – they’re very, very precise about where lights are placed and where shadows are cast. Next-gen allows us to do things that are really cool -

Bergman: Yeah, [it] prevents you from seeing the floor. Any time you take something away from the player they’re very used to, it makes them uncomfortable and so, bringing in the camera just that little bit…I don’t know if you noticed, but when you open doors, he opens them really slowly."

When Bethesda announced the PC version's hardware specifications, it released this statement:

"Shinji Mikami and the team at Tango designed The Evil Within to be played at 30fps and to utilize an aspect ratio of 2.35:1 for all platforms. The team has worked the last four years perfecting the game experience with these settings in mind. For PC players, we’ll provide debug commands on how you can alter the framerate and aspect ratio, but these commands and changes are not recommended or supported and we suggest everyone play the game as it was designed and intended for the best experience."

Between the two, the game's publisher has, at least, clearly declared the 2.35:1 aspect ratio was artistic intent. In the second statement, it's giving PC players the chance to circumvent that decision, likely because Betheda's PC roots have convinced it players will tinker in that direction anyway.

We're used to games taking up every pixel because that's how it's always been. When a game subverts that, even if unsuccessfully, do players have responsibility to respect intent? You can change the aspect ratio of The Evil Within, but it's possible to change lots of things in games, especially on the PC. There's a console command to make the player invincible, but nobody would argue it's the way to play. Do we extend that same courtesy to the game's aesthetic, even if we have the power to employ preferences?

It's a complicated question made more nuanced by wondering if artistic intent is being used as a convenient excuse for the game to try and overcome technical shortcomings. We'll never know.

For the sake of argument, let's say that's not true, and Mikami chose 2.35:1 because it's part of his vision. Given he's deployed similar aesthetic choices in the past, it's not unreasonable. The man enjoys blending Hollywood and games. If Mikami wants The Evil Within to be played with this aspect ratio, which frames the game through a particular lens, perhaps players should show that decision respect, despite other options.

Or maybe not! By being interactive, perhaps games invite players to subvert the designer's will and aspect ratios are merely an act of interpretation. World builders can set up an experience a certain way, but the free will of a player means the creator gives up the right to be upset over what they do with the game, even when it comes to tinkering with technical specifications.

The truth, of course, is probably somewhere in-between.

This argument will return when The Order: 1886 ships early next year with an even wider aspect ratio of 2.40:1, a decision the developers have attributed to both aesthetic and technical choices.

As for me, I'm going to stick with The Evil Within at 2.35:1. Whatever the reason for its existence, there's nothing else like it. If that's what the creator wanted, too? All the better.

Filed under:
Resident Evil 4
The Evil Within
Shinji Mikami
The Order: 1886 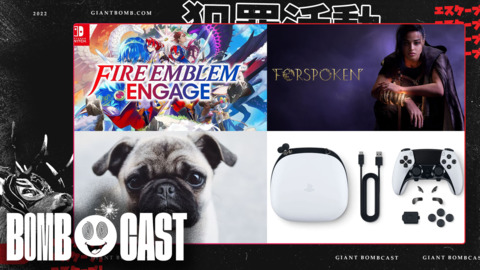