Why Silicon Knights Vs. Epic Games Is Probably Over

by Patrick Klepek on January 8, 2014
Share:TwitterFacebookReddit

The latest court ruling was handed down earlier this week, and Law 360 reporter Michael Lipkin's here to explain why it's likely the end of the road.

It looks like the lengthy legal battle between Epic Games and Silicon Knights over Too Human has, most likely, come to an end. On Monday, a fourth circuit panel court confirmed, again, Silicon Knights had lost.

Remember when Too Human was going to be a trilogy? 2005 was a long, long time ago.

Then, many things happened, including a court ruling stating Silicon Knights had knowingly stolen game code to develop X-Men: Destiny and several other unannounced games. Too Human and X-Men: Destiny were ordered to be destroyed at Silicon Knights' expense. Destroyed. It also owed lots of cash. In May 2013, as the case continued through appeals, Silicon Knights shut down its office and sold its physical assets.

Though this week's ruling isn't earth shattering, it may finally bring an end to the case.

The ruling was brought to my attention by Michael Lipkin, a reporter for Law 360, a business lawyer-focused newswire. To understand what happened on Monday, and to get some context, I hopped on the phone with Lipkin to break down the past, present, and future of Silicon Knights vs. Epic Games.

Giant Bomb: Why don’t we start with what you do and how you came to write a story about this?

Michael Lipkin: Sure. I’m a reporter for a newswire called Law 360, which is aimed at business lawyers to keep them up-to-date on what’s going on. It just came through on our docket system and got assigned to me. I jumped at it because I knew the parties involved, but it was basically an appeals decision, the final appeal decision in the Epic and Silicon Knights case. The appeals court for the fourth circuit, because this is a North Carolina case, ruled on Silicon Knights’ objections to the final verdict, which was against them and in favor of Epic.

GB: This all started, ironically enough, with Silicon Knights suing Epic Games. That backfired because Epic Games countersued, and it feels like we’ve hit a logical conclusion where Epic Games has won outright, correct?

Lipkin: Yeah. In this latest ruling, Epic won on all counts. Silicon lost all of their arguments. You’re right.

It started in 2007 when Silicon Knights accused Epic of not giving them working software that wasn’t up to the standards that they wanted, and that Epic was using the licensing fees from Too Human to make Gears of War, which was a direct competitor, in their mind, for Too Human. They had some claims that Epic was disrupting Silicon Knights’ relationships with Microsoft and Sega. Epic hit them right back and said “not only do we disagree with you on all of those counts, but you used our code for other games that we did not give you permission to use for. Not only do you owe us licensing fees for those games, specifically X-Men Destiny, but you also owe us profits from those games that you earned that you had no right to earn. You have to make your own engine, unless you signed a licensing deal with us, which you did not do.”

GB: Right. Early on, when Too Human was being shown, the frame rate was this big, big thing that came up over and over again. It was part of the reason Silicon Knights said “fine, we’re just build our own engine.” But one of the things that you pointed out is the court essentially found that Silicon Knights had used roughly 20% of actual code from the Unreal Engine 3 in developing its own technology. It really had completely infringed upon Epic.

Lipkin: So Silicon Knights’ argument was that “we only used between half-of-a-percent and two percent of their code.”

Lipkin: Exactly. [And they said] “it was just basically mathematical formulas not covered by copyright, just really basic stuff. We are continuing to clean out the Epic code as the development process continued.” But Epic said that by 2007, around the time that the suit was filed, 20% of the Unreal Engine was still in the Silicon Knights engine. The legal term is de minimis—it’s so small that it doesn’t matter in terms of the law. They said 20% is not de minimis, it’s far from it. The court sided with Epic, and said 20% is too high, and said “you are liable for this copyright infringement.”

GB: Silicon Knights was essentially arguing that what they were doing in building an engine was common knowledge, not technology that was exclusive to Epic.

Lipkin: One of the most damning things from the lower court, the actual trial court, was that not only had Epic’s code been put into the Silicon Knights engine, even comments from Epic’s coders were transferred over, a wholesale copy-and-paste.

Lipkin: This is non-functional code. A programmer might say “we need to check out this” or something like that. These were preserved, including their typographical errors.

GB: I didn’t mean to immediately start laughing, but that just seems so egregious. It feels like when a child is lying to you, and you can just tell.

Lipkin: I’m not going to comment on that! But the district court did say this was evidence that this was a willful copyright infringement, it wasn’t just an accident. Silicon Knights had operated in bad faith. One of Silicon Knights’ arguments was that Epic wasn’t entitled to get back attorneys fees or some amount of attorneys fees because this was a very complex case, and in complex cases, often times the prevailing party, the winners, aren’t allowed to get back the attorneys fees. And the court basically said “this was really hard and time consuming for Epic because of all the walls you put up. Your actions made it harder for them because you were trying to cover up what was happening.” They even said there was a cover-up of the cover-up at one point. [And the court said] “So, no, you can’t use the argument that it was too complex to give back money because you’re the ones who made it too complex."

GB: But Silicon Knights made it unnecessarily complex through these road blocks.

Lipkin: It was time consuming but not necessarily complex in the legal sense. The arguments were relatively straightforward, the court said, but the amount of effort Epic had to exert to prove that the code was copied was unnecessarily large because of Silicon Knights’ cover up, according to the court.

GB: In the paperwork that you’ve read, when you use the term cover-up, did they give any sense of what that meant?

Lipkin: Silicon Knights had removed copyright notices from Epic in the code, and replaced it with their own in what the court cited as part of the cover-up. If you looked at the code immediately, you’d say “oh, copyright Silicon Knights! This is Silicon Knights’ code!”” But, in fact, they had just deleted, according to the opinion, the Epic copyright.

GB: For myself and a lot of other folks that don’t have a good sense of the legal system, it feels like these just keep going and going. Does this bring some finality to this case? Is there any other avenue for Epic or Silicon Knights to reasonably pursue going forward?

Lipkin: So I reached out to the lawyers on both sides, but they didn’t get back to me for my piece. I don’t have anything straight from them on whether they plan on further appeals, but basically, the way it works, there was a decision in the trial court. The jury said “this is what we think. We think that Epic is the victor here.” And the judge in that case said “okay, here are what the damages are.”

Then, Silicon Knights appealed to the court of appeals, which is in-between trial court and Supreme Court in the American justice system. They said “there are all these substantive problems.” Then, the appeals court said on Monday, January 6, [that] “we disagree with you for a variety of technical reasons,” and they sent the case back down to that lower court. The lower court issued a very brief, one-sentence pro forma ruling that said “given the appeals court did not agree with Silicon Knights, we’re gonna go ahead with the verdict we have already entered.”

From what I understand, the money hasn’t changed hands yet. Also, I’m not sure whether Silicon Knights has the money. That’s unclear, too. The trial court is in the mode right now of achieving finality. It doesn’t appear that there are other grounds for appeal. There’s something called an en banc hearing. Normally, in an appeals case like this one, only three judges hear it out of 10 or 12. You can ask for a full hearing before the appeals court, but these are extremely rare. There also doesn’t seem to be any constitutional issues that would merit some sort of Supreme Court appeal. 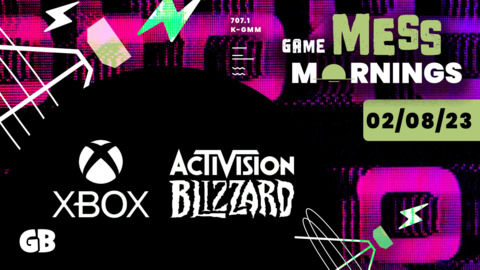 In this action-RPG from Silicon Knights, players take on the role of the Norse god Baldur, whose protective feelings towards humanity and refusal to augment his body with cybernetics lead the other Aesir to label him "too human".