by Patrick Klepek on May 10, 2013
Share:TwitterFacebookReddit

Turn the subtitles on, flip the voices to Russian, and walk through a post-apocalyptic set of links.

Immersion is a curious word, a descriptor trotted out more often than visceral. (Before you start crawling through my own writing, I’m likely as guilty as anyone else.)

But immersion is absolutely the word (feeling?) I’d use when conveying the experience of playing Metro 2033 with Russian voices turned on. I can’t remember who made the suggestion when I decided to play Metro 2033, but it’s a vastly different experience. Metro 2033 is set in Russia, so what sense does it make to hear English voice actors with crap Russian accents? Dmitry Glukhovsky, the Russian author of the book Metro 2033 is based on, shared this sentiment with me at PAX East this year.

Making the switch is interesting for a number of reasons, including the fact that Metro 2033 (and Metro: Last Light) doesn’t translate every piece of dialogue. Deliberate? Technical? I don’t know, but much of the ambient dialogue is lost, meaning chunks of environmental details are left to your imagination. These characters and situations are not often talking at you, though, and you’re free to quietly to fill in the blanks of what’s happening. Exploring post-apocalyptic Russian underground systems feels foreign to me, so I’m not sure why I should expect everything to be politely explained to me, either. It feels much more natural.

I can see why it would bother some people. In fact, the reviewers guide for Metro: Last Light recommends this style of playthrough on the second time around (I’m not following that!). I’ll probably miss out on some plot details and world building, but people who are playing in English are missing out on much more.

ROM CHECK FAIL is five years old, but I’ve never played the damn thing, so I figure it’s worth passing on. ROM CHECK FAIL is a mashup, but one that mixes and mashes games and mechanics in the most surprising ways. Your best bet with ROM CHECK FAIL is to strap on a seatbelt and go for the ride; predicting where it’s going is pointless. It make you depressed at how little companies do with these older games, and what might happen if they loosened up a bit and stopped trying to reboot everything.

Sometimes a person needs a reason to throw a keyboard at the wall, and F*** This Job provides ample opportunities to indulge in possibly breaking some equipment. There’s not much to F*** This Job except to slowly master the few ways to manipulate your character’s ability to jump, and then curse the unbelievable timing needed for some of the later stages. When jumping pads were introduced, I came this close to turning the damn thing off, but a few lucky hops saved me, and I did manage to finish the game.

It doesn’t take much to cue the waterworks these days, but Fragments of Him, where a man tries to move on from a relationship shattered by a fatal car accident, hit home hard. The “game” part takes the common feeling of avoiding familiar people, places, and things that remind you of what you’ve lost, and makes it the core mechanic. Saying more about how it plays out is best left unsaid, except to provide fair warning to anyone who might be triggered by the game’s sensitive material. I had to walk from my desk.

While technically this story has nothing to do with games, I couldn’t help but think about games the entire time. Games are scrutinized, broken down, and analyzed in front of test audiences to an incredible degree, especially social games. Some of the metrics mentioned in the story are hysterical, such as the inclusion of...bowling? I have to wonder what the similar processes for games. We hear about some of ‘em. How many times are we told that most publishers aren’t willing to back games with unproven models (women in the main role, no violence, etc.)? It makes depressing sense.

"For as much as $20,000 per script, Mr. Bruzzese and a team of analysts compare the story structure and genre of a draft script with those of released movies, looking for clues to box-office success. His company, Worldwide Motion Picture Group, also digs into an extensive database of focus group results for similar films and surveys 1,500 potential moviegoers. What do you like? What should be changed?

'Demons in horror movies can target people or be summoned,' Mr. Bruzzese said in a gravelly voice, by way of example. 'If it’s a targeting demon, you are likely to have much higher opening-weekend sales than if it’s summoned. So get rid of that Ouija Board scene.'"

So much of the discussion about sexim and games has happened through impassioned words. Damsel in Distress, a product of the Toronto Independent Game Jam, doesn’t damningly critique the tropes that we’ve been discussing over the past year or so, but rather takes those ideas and riffs on them. In Damsel in Distress, the princess in question is more than capable of taking care of herself, and it’s the knight in shining armor that has a problem with it. It’s not currently available, so I’m pointing you towards the developer’s explanation of intent.

“Knight and Damsel’s inspiration actually comes from a few places, but one worth mentioning is Feminist Frequency’s first Tropes vs. Women in Video Games video, Damsel in Distress. I’m not particularly interested in this context of debating the quality/value of the series, but one thing that struck me was an aside that in your average video game, if a princess is captured, she waits passively to be rescued. Yet for heroes, being captured is just another challenge to be faced (and heroes getting captured happens all the time. It’s basically all James Bond does.)”

Crowdfunding Has Promise, Hopefully Developers Don't Screw It Up

Tweets That Make You Go "Hmmmmmm"

So how does Twitter feel about women drawing sexy women, like Mari Shimazaki (Bayonetta), Mariel Cartwright (Skullgirls), and Anna Anthropy?

I will always be more interested in game worlds that define their boundaries with conundrums rather than arbitrary "gates." also, space. 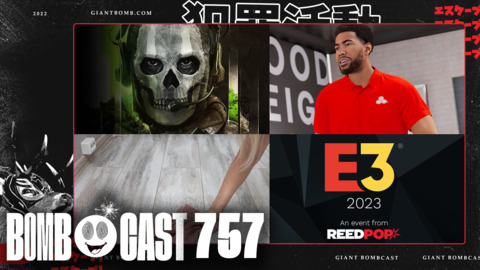 Metro 2033 is a post-apocalyptic first-person-shooter, set in the underground community built in the ruins of a Russian municipal train system, based on the best-selling novel by Dmitry Glukhovsky.