by Patrick Klepek on December 21, 2012
Share:TwitterFacebookReddit

With the holidays and game of the year nearly upon us, Worth Reading has what you need. Turn on the 8-bit fireplace, pour a glass (or two) of your favorite drink, and dig in.

Our game of the year coverage starts on Monday, and, boy, it's a doozy. That sounds so cheesy, but Vinny and Drew have outdone themselves this year. I'm actually glad to be out of the office and incapable of seeing the finished product come together. I'd rather be like all of you, and see what it looks like after it's been through the editing process. It's ridiculous, ambitious, and (probably) funny.

Besides our video stupidity, the awards and deliberations that lead to them start going online. I'd left 1UP before their game of the year awards started, and we didn't have them at MTV Multiplayer. G4 was my first exposure to a room of people getting together and debating the merits of games at length for awards purposes, but in a year with games like Assassin's Creed II and Uncharted 2: Among Thieves, we were really arguing about which totally amazing game we loved even more than the other. It wasn't exactly a fight. There weren't many people in that room, though. GameSpot and IGN are very different stories.

That's not really the case at Giant Bomb. Five people (six, if you count bringing in Alex for a few awards) is enough to have a list that is both reflective of the collective taste of the staff, and also include our individual obsessions. Sure, some of those are lost to the chopping block, but that's the way it goes. Plus, we arrange our personal awards before the staff picks are made, which means you can make peace with a game that you know won't have much chance on the staff list. I said that last year, though, and I'm always surprised where our list ends up.

It was a very good year for games, if inconsistent for "AAA." That's fine. In previous generations, we'd be lamenting the lack of releases as hardware manufacturers prepared their games to debut alongside fancy new consoles. But in 2012, we swam in a sea of terrific games from developers with voices, and they all had something to say.

That, friends, is progress. See you next year!

"Patrick! You already featured January earlier this year." Okay, you're right, but designer Rich Vreeland (aka Disasterpeace of Fez soundtrack fame) has continued to toy with January since it "released" earlier this year, and he's made fabulous strides. January started as a simple interactive music generator, and while, at its core, it remains exactly that, January is now much more versatile, and it's entering full-on tool territory. Plus, without any talent whatsoever, you can create something that sounds downright beautiful. I uploaded the "track" I made below.

There may be a profound message at the end of Old Man Baby, but it doesn't matter. Its defining mechanic of changing ages, baked into the puzzles rather than an at-will option, was good enough to keep my attention for 20 minutes. That players do not have direct control for swapping ages is what makes Old Man Baby worth a damn, as it forces players to start thinking what each character is capable of well in advance of actually change.

This marks the second time I've highlighted a game from Denki. Not long ago, Save the Day was here, too, as not only was it a decent action game, it represented how far HTML5-based games have come in such a short time. Denki's next game, Word Quest, only reenforces that feeling. The game is littered with sound effects ripped from Nintendo games, and I'm not at all sure how the hell someone missed that. Unless they didn't miss that, and then I'm even more confused. Anyway, it's a turn-based RPG whose combat is based on word puzzles. Love it.

The most recent Ludum Dare's theme was "You are the villain." The most interesting villains have motivations that are, at some level, sympathetic. It doesn't happen very often in video games. I'd love to see more games take on the idea of being the villain from a thoughtful perspective, even if that means you're ultimately defeated at the end. Sword of Truth tackles this concept from a deceptively simplistic angle, but the story can play out in eight different ways.

Far Cry 3's story ranks as one of this year's disappointments (that's not a preview of our game of the year discussion, btw), and not only because of its lack of payoff for a promising premise. The traces of racism and lack of engagement with the topic of rape are some of the game's biggest crimes, and Far Cry 3's writer, Jeffrey Yhalem, has been giving a series of interviews in response to the growing criticism. Instead, he's just digging himself a deeper hole. Yhalem believes Far Cry 3 is a different game than the one we played. I wish I had played that game. I can applaud Yhalem for going out on a limb and trying to be subversive, he's only making himself look silly.

[Becoming agitated again] The sex scene [at the midpoint] – first Jason is shooting at that gigantic monster. He kills the monster, and it jump-cuts to him orgasming with Citra! He’s firing sperm at this gigantic monster, and then suddenly he’s on this alter with Citra, having sex with her, and then he thinks he’s the leader of the tribe and makes the big speech, and it’s his power fantasy! That’s the other thing – it’s all from first-person, so it’s completely unreliable. There’s a reason why Jason is a 25 year old white guy from Hollywood – these are all ideas that are in his head. You’re seeing things through his eyes. That’s why the Alice quotes are there, and why Willis’s database entries are written from Willis’s perspective, and not written from a universal perspective. So the game is all from a series of perspectives, and I think it’s all there. And again, you could say to me, “Why isn’t this even more exaggerated?”, but why should it have to be? I don’t understand why what I did isn’t so insanely exaggerated already. What you’re saying is that games are so bad with this stuff that it has to be so through the roof – I mean, male rape, having this transition, having the end of the game be that she kills you while having sex with you? And she says, “you win,” as you’re dying. The only thing more outrageous I could think of is if she castrated him.

This profile suggests Kotick's time at Activision may be drawing to a close. Activision has given its CEO a low profile since his last, fumbled foray into becoming a cherished figure amongst players. From what I'm told, Activision believed it was possible for Kotick to become a beloved CEO, but when it was clear the audience wasn't receptive or didn't care, it gave up. Instead, the company has tried to make Activision Publishing CEO Eric Hirshberg that person. I've never talked with Kotick, but I have spoken with Hirshberg. He fits the bill, and that leaves Kotick to pursue his agenda without worrying about whether his status as "evil" is impacting the business. It honestly doesn't matter.

On this particular Sunday, it’s those Photoshopped horns that really irk Mr. Kotick. He is seated at a corner table in the cavernous breakfast room of the Pierre hotel, across the street from Central Park, shaking a leg nervously and whispering in a conspiratorial hush.

“Think about what it’s like for my dating life when the first picture that comes up is me as the Devil,” says Mr. Kotick, who is recently divorced. “You see all this chatter and you realize that they game the search results. These super-sophisticated 19-year-olds are smarter than our expensive P.R. firm.” (His publicist, Steven Rubenstein, shrugs sheepishly.)

Nintendo Power was and is a weird thing. I have the same fuzzy memories most of you do, but I'll confess it's weird how much I enjoyed a blatant piece of marketing I was too ignorant to comprehend. It was a publication much more than fluffed up marketing, obviousy, and the stories behind its creation are seriously fascinating. Luckily, we have Frank Cifaldi, who last went down the rabbit hole to try and determine the U.S. release date for Super Mario Bros., to keep tracking down the people who crafted the pieces of our youth. Some of the stories are remarkable.

Looking at Japan with Famitsu and Famicom Tsushin and things like that…I would get these really thick, dense magazines as part of the regular weekly shipments from Japan. I'd get these in the warehouse and I'd crack them open and look at the cool new games that were coming out. I'd almost get down with a magnifying glass to look at screenshots and things like that. It was natural for us to think that the kids in the U.S. would be eager to have that as well.

I grow tired of gaming's obsession with violence more than I worry about its societal impact, but I shake my head at how quickly the industry is willing to throw itself under the bus under scrutiny. Games are now explicitly protected under the First Amendment, remember? Games are powerful. Let's not pretend they aren't. Games are, yes, disproportionately concerned about killing people or aliens or some other thing. I do not expect that to go away, given its popularity, but let's not pretend it isn't a problem worth, at the very least, having a conversation about. Games about killing are not necessarily about killing (this NYT pieces tries to address that), but we need a better comeback.

But this discussion has become stale and repetitive, and the knee-jerk defensiveness of gamers and games writers has become dogma. Hashing out the same gamers-as-victim fantasy — which was constructed at a time when gaming really was a fragile subculture, not a $50 billion-plus industry — seems both absurd and insensitive in the shadow of real, and heartbreakingly pure, victimhood.

In this first episode of Guilty Treasures Danny interviews Jeff about a Japanese mech game that he’s loved since first playing it in the early '90s. 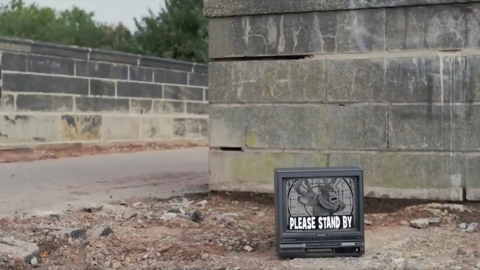 The third installment in the series sees a reluctant victim battling nature, pirates, and the island's insanity-inducing jungle to rescue his friends and family from an island paradise gone horribly wrong.