You Will Not Play Destiny 2 This Year

by Brad Shoemaker on February 12, 2016
Share:TwitterFacebookReddit

But you might play a "large" new Destiny expansion, you know, if you're into that sort of thing.

It turns out Jason Schreier's fine, borderline-obsessive Destiny reporting over at Kotaku was correct: the sequel to Destiny (let's call it Destiny 2) will not be out in 2016.

Well, Schreier's report just said "delayed," which I previously took to mean "November instead of September." Activision demands a steady stream of grist for the ever-grinding revenue mill, after all. But sure enough, Bungie itself has confirmed Destiny 2 is now a 2017 game:

Prior to the holiday break we mentioned a second, larger update slated for Spring. That content release will feature a significant Light increase, a bunch of new gear to earn and equip, and new challenges for PvE players seeking some more fun experiences and replayability.

Beyond that, the team is focused on delivering a large expansion later this year, and a full Destiny sequel in 2017.

At least they've got some plans in place to hopefully pump a little life into the live game, the plight of which has gotten pretty dire in the last few months with only a slow trickle of minor events to keep diehard players interested. (I'm not one of those players.) Raising the level cap sometime this Spring and adding some straight-up loot is certainly one way to entice lapsed players, but that can only go so far without some actual new content to play through. Maybe they'll go back and spruce up those old raids to make them viable for level-capped players while they're at it? And I'd hope the "large expansion" slated to hit later this year will be at least on the order of The Taken King, the only previous Destiny expansion I'd describe as "large" (or "good" for that matter). So in the absence of a full new game, these forthcoming updates sound like at least a little light in the darkness. Yeah, I went there.

I've long held that people who expected a proper Destiny sequel two years after the original release were crazy. Looking at Bungie's track record, the full studio hasn't turned around a completely new game in 24 months (outside of the Halo 3 spinoffs ODST and Reach) in the 15 years since Halo became a thing. So the idea that Destiny 2 would hit a mere two years after Destiny never seemed realistic to me.

The biggest question in all this is, when will Destiny 2 come out? Are we talking a delay of just a few months, with a release to slide in before the end-of-March fiscal deadline? Or will Bungie get a full extra year to make this thing what it needs to be, and avoid the mistakes of the first game's launch? A new Destiny certainly seems like the kind of big, momentous tentpole you'd want to hang your holiday product release schedule on, but then, shareholders need to get their taste, and they're not big on waiting around past the next quarter. 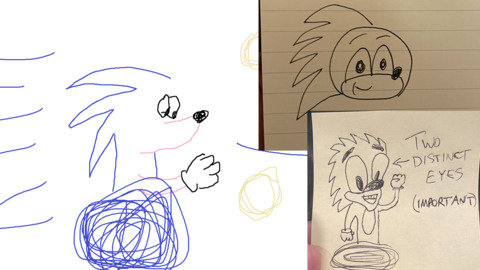 HELLO all of our Mid Sized Sedans out there! We're back this week to talk about TMNT Shredder's Revenge, gush about Neon White, breakdown all the Final Fantasies on the horizon, controller news, and discuss optimum nuggest strategies!