Despair: It’s right in the title.

There’s a lot to appreciate about Castlevania: Harmony of Despair, as it shifts directions to be the co-op multiplayer game that it tries to be, but it ultimately falls flat on being a cohesive experience that can even alienate even the most die-hard Castlevania fan.

Since the beginning of the Castlevania franchise, there has always been the same formulaic foundation to the game - character-action and the simple premise of waltzing right up to Dracula’s Castle, walking inside, then taking down Dracula’s minions before going into a showdown with the Lord of Darkness himself. Storyline also tends to stay canon from one game to the other as generations of the family Belmont and other associated characters get involved in some good old fashioned vampire slaying. But in contrast to the history of Castlevania games, Harmony of Despair makes an attempt at a very different type of Castlevania game that breaks away from many long-standing traditions found among games of the past.

At the very base, Harmony of Despair is a co-op multiplayer game. You can play through stages by yourself as a singleplayer experience, but it is by no means a singleplayer experience by virtue of design. Much of the level-design and some of the boss encounters have situations where a co-operative experience is obvious for progression, such as requiring multiple players to hit various switches on far sides of a map, or triggering certain events in tandem.

For a game that is designed to be centered around a multiplayer experience, the matchmaking is rather flawed due to not being able to filter custom games by difficulty or by chapter/stages. You're going to be sitting at matchmaking screens for a long time just quitting and re-joining games, especially if you're trying to target a specific difficulty or a specific chapter – let alone dealing with the nuances of other players. This is an incredibly large problem for such a grind-heavy game, as this really detracts from the overall experience when you need to be able to repeatedly get into games quickly and smoothly. On the plus side however, the net code is relatively acceptable once you’re in a game.

Next, is the game’s grind itself, which is only going to be compelling to those who are willing to spend that time to essentially gamble with the game’s slot machine-like boss runs for newer and more powerful weapons and armor. The largest flaw of this grind however, is when you mix the lack of stages and a surprising lack of variety in enemies (given the large bestiary of monsters in previous Castlevania games) which cause the grind to be tiring rather than rewarding. I was still able to garner some items of quality, but the 50+ hours I had to spend with the game to even get to that point is unreasonable and is not optimal for most people's experiences.

Unfortunately, specific enemies that you may want to target for loot drops/souls/spell absorbs usually only exist in extremely small numbers, not to mention the luck required for the item drop of your choice to even occur. I must clarify however that it is not the rarity that is the issue here - the flaw is the circles you must run to do this grind repeatedly, which could have been easily fixed through better matchmaking and better game mechanics. You can't just reload stages by pressing start and quitting, as that doesn't save your game, causing you to forfeit any progress you may have gained. Only by running out of time (a full 30 minutes of the stage time), killing the end boss (another long time investment for the large stages), or by dying - will it save your progress. You could attempt to simply kill yourself to end the stage, but once you’ve progressed further in the game, you can run into situations where you need to grind a stage that you are over-powered for, and it is rather hard to end the stage by killing yourself when everything only does 1 point of damage. Traditionally where you would just enter/exit an area in any other Castlevania game in the effort of grinding for loot drops, you just can't do that in this case. The process of grinding has to be rewarding in itself, regardless of what item drops, and in the case of Harmony of Despair, it simply is not.

I'll be very frank. This game is extremely rough around the edges. I still put a ridiculous number of hours into the game, but I admittedly have an enormous drug-like addiction to any game that features loot-lust. Just because I spend all those hours grinding for item drops, does not mean I proudly enjoyed them, nor recommend the same experience. As it stands, this game still feels like an incomplete experience that at best, should be a complement to another larger centerpiece of an experience. If this was packaged as such, this partition of the game maybe would not be as scrutinized, and could be more acceptable as such.

While I'm open to the new direction that they wanted to take Castlevania games, Castlevania: Harmony of Despair is full of squandered opportunities and poor execution, which is highly disappointing for a series that desperately needs to re-invent itself.

Other reviews for Castlevania: Harmony of Despair (Xbox 360 Games Store)

Castlevania: HD. The Good the Bad and the Undead. 0

Castlevania: Harmony of Despair(Xbox 360 Games Store) by jessicaboo on August 04, 2010

Castlevania: HD. Sitting down to play Castlevania: Harmony of Dispair, I was excited to play a new side-scrolling Castlevania in the style of Metriod. All the way back to Castlevania: Symphony of the Night, Konami has been delivering  ways to keep fans interested, and intrigued when playing each new interaction of this style of gameplay.  After a while however, with this installment, I feel confused. I want to like it, but there are so many drawbacks to it as well.    Graphics   Visually, ...

Co-op can't save everything 0

Castlevania: Harmony of Despair(Xbox 360 Games Store) by majormitch on September 12, 2010

The Castlevania franchise has been incredibly stubborn when it comes to trying new things, but I thought that with a new-found focus on cooperative play that all might change with Harmony of Despair. And it kind of does- but unfortunately the changes are all for the worst. Harmony of Despair can be an okay time waster when played with a few friends, but the low quality of the game itself makes it one that is very hard to recommend otherwise.  First and foremost, all of the traditional strengths ...

Harmony of Despair's multiplayer design isn't fleshed out well enough to make you forget about the grind. 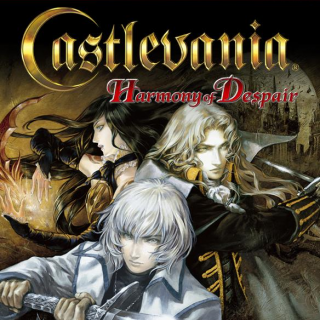 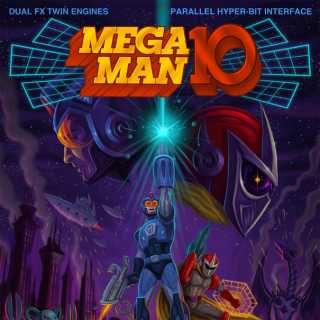