cs go is not good to go,,there are many things about this game that are just wrong ,,here is reviewfor pc&xbox,,both

best parts is graphics and sound,,but thats just about it ;p ;) ,,console are a joke and a ripoff ur better of with the pc version,,which stil lworks thankfully;)

wrong,,weird and broken ,,its still solid but not nearly as it once was,,rather the opposite,,and can get boring fast,,which are not a good thing For cs:go its just milking money and milking fans ,it may be true after all,shame and , - end of story! but there's one big big fact here,,which is ::its insane ppl do not notice that there's a tons of things missing in the game,, and its a cs stripped down hard in so many many ways ,,

dont like the matchmaking nor the new maps,no in game chat etc ,,dont like the new modes either,,u get a random weapon without u choosing,,what,,comon!!

its not the worst game its actually pretty good and pretty crappy at the same time,,cuz it lacks just about everything ,,,,,and more ,, ,,bad attempt ,,half --done ,,

its like a lazy port not the worst but far from any decent good,,, so i wonder about the efforts made here to make this game,,but with more dlc and more the good stuff and the good stuff they took away,,i might call this cs half a remake

for instance cs.go refuses to grow up,,

this is not call of duty or moders warfare,,but from the looks of it ,,it is hunddred procent that now,,AllAdin lll ,, ucant choose from 4 diff charatcher outfits instead u have char models that seems scarely alike,,, the spray paint is gone and many other thigns that made cs great,,like crate a server and so on,,,

all other cs are better than this,,,,why u say,,cuz there are many things in cs:go that are just plain awful,,,like the skins,,weapons menus etc,, and the old cs's had more fun interesting old & new stuff,,but this,,has not so muc;) ;P,,opnion,,

u have to take it for what it is,,the new maps are not very interesting,,good enough yes,,but not interesting,,CS_millitia was a good map but not in this,,,,voices of anit terorists and terrorists are just plain awfull,, De_dust is the worst map now by far,,

this game could have been so much more,,when awards,,new modes,,and some weapons,,like the flame grenade,,and electric shock taser,,,,but none of theese new things help,, why u say? they are not very spectacular,,nor very interesting or do so much,,not very much diff from the hand grenade,,

new maps doesnt help cuz they are not very good or itneresting,,what woukld have been nice would be adding good maps such as,, millitia,,vegas,, and 8 more which i cant remember their names,,but thats not the point,,the nostolgia of this game is the only good reason to play Cs again even on the Xbox,,,its just a shame that it is worse than even cs:source ,,,and worst cs made=);) cs.go could have been so much more they could have done so much more,,instead its a lazy game which refuses to grow up,,

its cs not call of duty,,there for example one of many things would be that u could see the diff between an anti-terorist and an Teroorist,,

End of log !!;=) Cs:go is a shame,,at least on the xbox,,for now,,but maybe with future updates it will get better and i might score it higher,,like adding the good old maps i said and more good maps not weird broken maps,,,

its good game but not nearly as good as the old cs's which where exiting,,not broken ..,

not many new things,,worse than cs S and cs 1.5 1.6,,and many things missing,,and some things taken away,,and classic maps feels smaller,,and some small changes in classic maps,,like where A Single Box stand,,all this fo the worse,,and new modes and some few weapons dont help at all,,make IT Muc MOre Exciting,,not good enOugh C -

and weapons training mode is short and awful,,, would expected a little more atempt on redefining cs,,,but this was bad attempt,,,

online is good,,but since the rest of new cs called cs:go is not very much new and much worse and less interesting,,like recoild and many other things,,online end s up the same ;p and no voice chat and few things like that;)

the challenge is so so since there are not many new things about the game nor for the better ,...

all the diff modes like a mode where u can 4 new maps..a bank,a what?,,yes its a bank,,lets take out the terorists,lol,,,,but none of these helps sine the game is plagued so much from b4,,glitch and other things,,

where''s the oil sheik i neeed him now since he has all my oil and all the nice carpets and palaces and sigarettes in the world;p

and also say hello to some star wars tunes,,, allthough best about this new cs title called cs:go is the uniqe sound tracks which punch out some nice tunes there or themes should i say=)

new maps ,,and new weapons,,allthough the ydont feel all that new,,rather the opposite (which is not at all) most of them are just copies and plagiats;),,just with a new skin and a name but basecally the same gun,, so this is an absolute rip-off;) ,,but i can see why this is an arcade game now,,lol ,,

and many of the good old maps are now worse,,what? and old map which feels much more smaller now,,dickwrestling with u cuz ur in the way,,,yes its true they managed to break a good old map too ,, rip-off ,,

and say goodbye to customazation and create a server,,spraypaint and so on and so on,,,also say goodbye to voice commands ,,need backup etc,,at least on the console versions,,,

..pc version has a few more options and a little bit more customazation,,but that doesnt help at all since its not alot,,,and alsmot identical ,,;p br />

800 X 600 resultion on pc u would ahve touhght it looked great,,but it looks ugly and worse,,,

new pathways in good old maps is a joke,,, a joke is also custmization for both xbox and pc =)) ,,

While Counter-Strike enjoyed many years of success on the PC, the title has been notably absent from consoles since it was released on the original Xbox. It's nice to see now that PS3 and 360 users are able to get back into the tactical action game, especially those who may be looking for different shooters to play besides CoD and Battlefield. Building upon the successful Counter-Strike source game, Valve has translated the game onto consoles and offers up different ways to play and learn the ga...

Add new review * Read the most helpful review by smooie1

100 items Games of the Generation 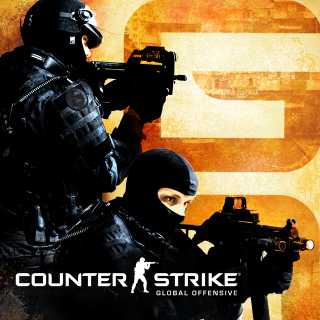