David Jaffe is NOT an idiot

I was always under the impression that David Jaffe is an idiot who is in love with himself. Well, not anymore! Here, He actually breaks down the concept of choice in games really intelligently, and defends linearity in games. It is a raelly intresting Bonus Round episode since one of the BioWare dudes is there too, and it is really cool to hear both schools of thought on this matter.

David Jaffe IS an idiot.

David Jaffe is just cocky.  You don't go and help make two classic video game franchises by being dumb as a rock though.

#5  Edited By MAN_FLANNEL
@buzz_killington: You mean he defended the linear games he makes?  That makes him not love himself? Wut?
10 years ago

I love everything Jaffe says, if I agree with it or not, it's always entertaining.

#7  Edited By Brendan
People get so offended by the guy, but he has alot of interesting opinions, and he has the pedigree to back them up.  Insecure nerds hate seeing someone who is really confident in themself, which David Jaffe is.
10 years ago

At least he isn't as big of a dumbass as this guy.
10 years ago

David Jaffe isn't an idiot. He is however, in love with himself and is a jerkface as a result.

I like me some Jaffe; even when I don't agree with him (which is quite often), I always like to hear what he has to say.

I totally understand Jaffe's defense, I just personally don't play a game for a 'linear' story to create an amazing character.
If I wanted that I'd read a book, the best thing about a videogame is the fact it's interactive. My choices should be interactive too.

I don't know that Heartland thing was pretty dumb, I mean an FPS where you kill Chinese immigrants on the PSP, an FPS on the PSP....

David Jaffe is a genius. he made God of War!!!!

He sounded like a douchebag at the end of that, but I kind of agree with him. I don't want to slap people in Mass Effect 3. I want it to be a more refined ME2. That would be awesome. Not some Natal bullshit.

David Jaffe is far from an idiot. But he might be insane.

Dude, correct me if I'm wrong, but Jaffe totally didn't drop the f-bomb or any other type of bomb that entire segment. What are the chances that he stays curse free through the entire episode?

Seriously though, I feel that there's a place in video gaming for both linear games like God of War and RPG's like Mass Effect. There's no reason why one gere has to go away and the other has to become the de facto way to make games. Me personally, I love the fact that my friends and I can discuss how badass Kratos and Ezio are, and by the same token we also spent hours on end discussing how we became Shepard and how we interacted with the characters and the world.

As for the show itself, I think that all three guests had immensely insightful things to say without sounding biased towards their point of view. It felt like a light-hearted discussion and I'm really interested to see the rest of that episode.

Hey, that's NOT a picture of Bobby Kotick, what gives?
10 years ago

He isn't an idiot at all. He just likes speaking his mind.

Please tell me it was in vitro fertilisation.  Otherwise it would mean that someone... and Kotick... oh god, the world is ending.
10 years ago

Please tell me it was in vitro fertilisation.  Otherwise it would mean that someone... and Kotick... oh god, the world is ending.   "

Don't worry it wasn't with a person 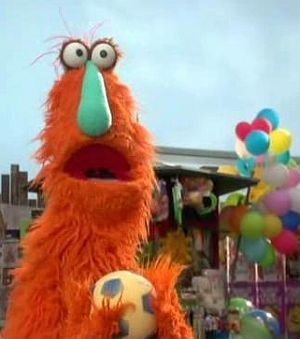 " David Jaffe is far from an idiot. But he might be insane. "

Haha. I appreciate and enjoy Jaffe's outspoken nature. I might not agree with everything he says, but the man has an intelligent, well-thought out opinion and presents it in a compelling manner.
10 years ago

Jaffe has a point.  Games are often distilled down to whichever option selections give the best results so his take on interactivity infringing on exposition is more often than not true.  That said I don't think that's a defense of linearity because games like DA : O and Mass Effect prove that you can have non linearity and still extremely solid exposition in the same game, I think it's more of an attack on those game (and designers) who choose to add interactivity for its own sake, rather than making it a slipstreamed element of the overall gameplay.  Many Wii games tend to suffer from this issue where the motion controls stand out like sore thumbs whilst not actually adding to the overall playability or immersion of the games which feature them.

#26  Edited By buzz_killington
@MAN_FLANNEL:
Rubin is not an idiot.
10 years ago

Haha, were watching a show with geoff keighley, and talking about jaffe being an idiot?
I think Jaffe is awesome, for the simple fact that he sticks to his opinion and has no problem being outspoken about it.

edit: Also, N'Gai Croal is just dumb. I lost all respect for him when he was bashing RE5 for being racist, when we saw no spanish journalists bashing RE4.

Show of hands:  how many of you even watched that fucking video?  *raises hand*

Good, then we can all realize that it was some 15 minutes or so of Dr. Greg getting jerked off by this N'Gui dood, while Jaffe sat there silent for the most part.  If anything, it almost seems like Jaffe was the black sheep in that little quartet, as every time he started talking, he was being interrupted with some stupid joke that Dr. Greg wanted to make or some other bullshit.

Jaffe made great points about why linearity is a good thing.  With linearity, Alan Wake wouldn't have been Alan Wake, God of War wouldn't have been God of War, Final Fantasy wouldn't be Final Fantasy.  Even with Mass Effect as a franchise, you are making choices that are still based around this linear story of major plot points.  There IS a fine balancing act that has to be done, and Jaffe made that point very well and spot-on.

I think he also made an EXCELLENT point about the idea of pure interaction.  Regardless of how immersive the experience could be, it is STILL a gameplay mechanic...and at some point, those gameplay mechanics are not going to work properly, and it will merely become inputs.  The idea of motion controls in the manner that Kinect is looking to make them work can be very dangerous for the gaming industry if it is handled incorrectly.

So to say that he's some cocky guy or has a chip on his shoulder or thinks his shit don't stink...

#30  Edited By Zero_
@jakob187: Totally. Jaffe offers some great insight in that video.

Also, notice the smirk reaction from Keighly and Jaffe when he mentions "unannounced PS3 Title" heh...
10 years ago

and so what, how else do you keep it under wraps.

He's a really smart guy, and  I respect him for what he's done for the industry.

You're right, replying to a stupid post I made 3 months ago is pretty lame.
10 years ago
Browse Boards
Jump to Top Jump to Last Read