In late 2016, Ubisoft’s chief creative officer Serge Hascoet made the rounds with a quote, saying that the company will focus less on scripted narrative and more on “living worlds.” The idea, he went on to say, was to create games to be “anecdote factories,” where the moment-to-moment gameplay driven by the player’s actions in the world becomes more important than any overarching narrative the game has.

I’m unsure if the team behind Far Cry 5 listened too hard to Mr. Hascoet or not enough, because it seems to split the difference in exactly the wrong ways. Instead of supplementing the main narrative with the aforementioned anecdotes, the two seem to veer off in wildly different directions at all times, resulting in some serious tonal whiplash between the attempts at being taken seriously in the narrative and the attempts at wacky hi-jinx in the open world.

Before getting too negative here: mechanically, Far Cry 5 is generally great. Far Cry’s blend of first person action and light stealth is pretty fun, and here is polished to a mirror sheen. There are enough enemies lingering around in the open world that there’s rarely a shortage of action to be found, and the environment is varied enough that it doesn’t get too old too quickly.

That’s not to say there are no issues with how the game plays. The revamped perk system, which puts a hard cap on the amount of perks that can be gained if the player decides to play only one way, seems like a weird change from a series that was generally pretty good about letting you decide how you wanted to play every encounter. Once a certain threshold of mayhem has been caused in each area, the character in charge decides to send aerial planes and helicopters after you constantly, which is incredibly frustrating. Missions can be incredibly glitchy. Twice, I had missions complete for absolutely no reason. Finally, after each boss fight, a generally un-fun slog of an area follows, and those are poorly laid out and incredibly difficult. However, all these complaints are drops in the bucket compared to the game’s other issues.

Now, Far Cry 5 does have a strong opening, doing a very good job of establishing its premise. The nameless, initially faceless protagonist rides into rural Montana occupied by a religious doomsday cult. Said protagonist and a crew of other law enforcement officials ride in to arrest said religious doomsday cult’s leader, a “charismatic,” often shirtless man by the name of Joseph Seed. Things go wrong, and now the entire posse of law enforcement officials besides the player is captured by said cult, leaving the protagonist as a one-person wrecking crew against the cult.

Once you wrap up a short tutorial area explaining the general Far Cry flow of things (cause mayhem, do missions, rinse and repeat), the game opens up, giving the player the option to cause mayhem for each individual lieutenant of the cult, various siblings of Joseph Seed. The game does point you towards younger brother John Seed at the start, although the order isn’t set in stone.

John Seed ended up being the most interesting of the lieutenants, as a sleazy cult lawyer who is way into two things: torture and saying the word “yes.” It’s a pretty simple character premise, comparatively speaking, but it works pretty well. John carries himself in a way that results in a decent amount of menace without going too far off the deep end.

Unfortunately, the game tries to treat the other lieutenants as seriously as the opening, which is a bit of a problem. Following John Seed, my trip through Hope County took me to the Seed family’s “sister” Faith. Faith Seed is way into drugs. Faith Seed is way into seemingly psychic powers given to her through drugs that make very little sense on the limits of what she can and can’t do.

Then, older brother Jacob Seed exists. He’s an ex-military man who’s way into keeping the player character locked in a cage for hilariously over-the-top amounts of time. One instance involved him offhandedly mentioning that the player had been unconscious in a cage for a week, yet was still alive somehow. He’s also way into brainwashing the cult’s army through drugs. The drugs make it easier for the brainwashing to happen, I guess. The brainwashing consists of running through the exact same “obstacle course” a total of four times with little to no changes in between each run. The characters in game try to paint that as some kind of serious issue, but it just comes across as incredibly boring level design.

Notice a trend between Faith and Jacob that doesn’t quite extend to John?

The cult uses a drug called “Bliss” that could theoretically be replaced every time it appears with “We didn’t know how to make people act out of character to make the plot move so MAGIC!” in large, glowing letters on the screen. Ostensibly similar to the Stairway of the Sun-based zombie virus from Resident Evil 5, Bliss is derived from a blooming white flower that grows all over the place in the game’s fictional Montana county. It mainly causes hallucinations of giant dandelion seeds everywhere, but also is a very potent tranquilizer, can be used to casually control minds, or turn people into hyper-resilient zombies for little-to-no reason.

But mostly, Bliss gets used for one of two reasons: to drag the player character to a specific location for monologues, or to remove any actual player input in a matter.

The antagonists of Far Cry 5 love nothing more than to hear themselves talk. Once a certain threshold of “resistance” is reached in a region by destroying cult property or doing missions, the lieutenant in control of the region chats you up on the radio for a bit, then sends goons armed with some kind of Bliss projectile, or in one case Bliss weather, to incapacitate the player long enough to bring them face-to-face so the lieutenant can monologue some more. Once you defeat one of the Seed siblings, cult leader Joseph Seed pops up in Bray Wyatt’s promo room to monologue at you about who you just killed. Hell, the loading screens feature random quotes from the Seeds, so they monologue at you in those, too.

It’s also used by Faith and Jacob specifically to force the player character into situations that make little to no sense in the context of a video game. For instance, a monologue early on in Faith’s storyline involves Faith using Bliss to puppeteer the player to a large statue of Joseph Seed, while telling the player to leap off the statue. I decided, like any sane person would, to not do that, and just stand around on the book for as long as I could. The problem here is that other than looping dialog, nothing happened. The game makes no attempt, at the various points where you’re captured by the cult and used to do their bidding, to rationalize it other than “You’re under the effects of magic drugs. Tough luck, sucker.”

The moments where the game decides you’re going to help the cult because drugs also undercuts one of the game’s more interesting aspects. For the first time in a Far Cry game, there’s a character creator. As opposed to past Far Cry games, where the player has always been a defined actor in the world, the use of a character creator is interesting because it allows the player to project their own motivations and background onto the character.

Early on, it seems like a gamble that paid off. For example, nothing in the game really pushes this narrative, but in my head, I imagined my player character as a bit of a juvenile delinquent who had a chance encounter with the sheriff character who turned her life around. However, she still kept some of traits of her old life. In the perks, I beelined for the perks that focused around things like lockpicking or other things that made breaking-and-entering a bit easier. I tended to be a bit ruthless, using a bow as my primary weapon, with a revolver in case things got loud. I added a sniper rifle as my third slot weapon, and rotated my fourth slot with whatever was around. When one lieutenant decides my character’s primary sin is Wrath, my internal response was “Yeah, what of it?” which seemed to fit pretty well with the way that subplot went.

But then the instances where the Bliss kicks in and decides “Nah, you jump off this stupidly large statue now.” seems like they’re trying to pull the BioShock trick incredibly ineffectively. BioShock worked because its moments of removing player choice were incredibly subtle. They started small, involving simply picking up inventory items or progressing to a location. Far Cry 5 jumps straight into the deep end with suicides attempted and successful, murders, and activating sleeper agents.

Individually, each piece could’ve worked well on their own. You could easily make a serious game about a dangerous cult’s coup in a rural area, or try a more over-the-top take on it focusing on the weird magic drugs. The problem with Far Cry 5’s narrative is that it tried to be both, and it succeeded at neither, and that’s without getting into the game’s downright unbelievable (in the literal sense of the word, as in “I cannot believe this is happening”) finale. Plus, because the narrative is insistent on encroaching into the open world with the capture parties, it’s incredibly difficult to try and focus on the more fun parts, like the cult outposts or property destruction, until the game’s over and done with.

Going back to Serge Hascoet’s “anecdote factory” comment at the beginning, while normally I disagree with the sentiment, Far Cry 5 seems like a pretty good argument in favor. Without the game’s main narrative lingering over the proceedings, there’s a lot of fun to be had. I had my fair share of weird anecdotes out of the world. But none of it was able to supersede the feelings of irritation and disappointment over the path the story took.

Other reviews for Far Cry 5 (Xbox One)

The Power of saying ‘Yes’ to Ubisoft games. 0

1 out of 4 found this review helpful.

Stuck in the middle with you? 0

I'm not a big fan of FPS games, especially on console and this was my first Far Cry game, It came free with my Xbox 1X so I gave it a shot.I thought the story was decent, each of the 4 antagonists were well done to the point where you could understand their point of view beyond just being flat out evil. The boss fights were good, but fuck those silos, especially the first one.There is a wide variety of tools available in combat, I normally ignore these in other games, they seem to be crucial in ...

Far Cry 5's story is a real let-down, but the action still makes for a solid co-op experience. 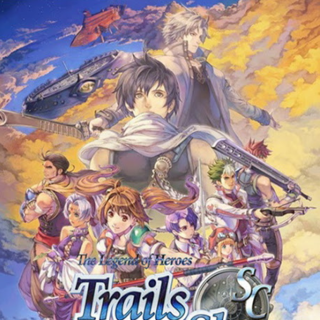 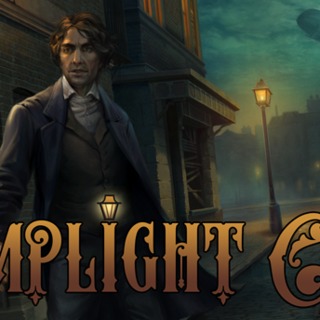 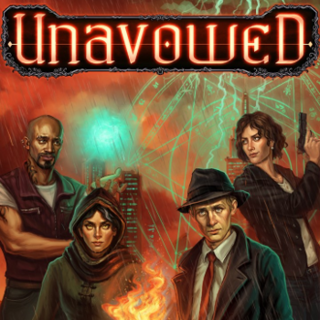 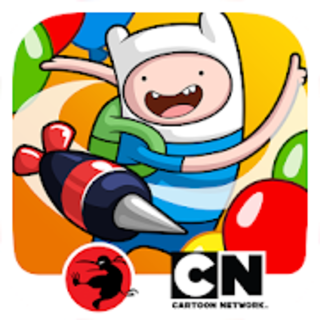