Expectations are a tricky thing to manage in a world where the internet exaggerates and amplifies everything we engage with on a daily basis. Everything remotely worth talking about is either put on a pedestal as the best thing since the last cool thing that people liked or cast into the fiery pit of things to rage about on the internet. There's no place for a merely "good" thing to merely exist and be appreciated for what it is because in this modern age, to be remembered something must be brilliant or insultingly awful.

inFamous: Second Son probably won't be remembered, at least for not what it is. I'll probably look back and recall how gorgeous it looked, but few will be able to remember how it played. Second Son is merely competent. A worthy successor to the previous games in the inFamous series minus the unfortunate warts that accompanied them. There's nothing new or shockingly different about Second Son and if you cared about such things, you could point to its lack of evolution or ambition as a damning criticism. I won't however, because that would imply that Second Son is an interesting game, which it isn't. It merely functions well and looks good doing it. Three years ago that would have been enough for me, but my expectations have changed. Second Son is just a good game and for better or worse, that's not enough anymore.

Second Son does make a striking first impression, due in part to the confluence of competent writing and great character animation. inFamous 2 lacked the former and excelled in the latter while the original game had a dearth of both. In Second Son we're introduced to Delsin Rowe succinctly. His motivations are clear and his character just conflicted enough to give him depth and the superb character animation crosses the uncanny valley with a deft stride. Delsin is immediately human, something that never could be said of Cole MacGrath, in spite of his douchey skinny jeans and early 90's grunge sensibilities. Similarly, the dynamic between him and his cop brother Reggie is consistently grounded and believable. For all the comic-book nonsense that transpires in the plot, the connection with Reggie is clear from the start. If you choose to walk the path of righteousness then this dynamic feels completely authentic. Choose to be evil and it all falls apart. Again, Sucker Punch fails to write a story that works when the main character makes a choice at the start of the game that should completely alienate him the people around him. It's hard to imagine a brotherly rapport being repaired when one of them is wantonly murdering the others' colleagues.

At least Second Son doesn't have the grand and misguided ambitions of inFamous 2 which collapsed under the weight of its own preposterous fiction. Sucker Punch have clearly realised a tighter, shorter narrative with fewer characters and a well-defined villain is less likely to get too convoluted. The result is Second Son's big bad: Augustine, an immediately vile and distasteful government enforcer with concrete superpowers heading up the Department of Unified Protection (D.U.P) that serves as the standard "open-world game oppressive force" that was pretty fresh and interesting in 2010. Of course, despite being an interesting and despicable villain, Augustine is merely an enabler for the same dull ersatz X-Men themes that raised their ugly head in the last game. For all its grounded characters and entertaining quips, Second Son is still a sub-standard comic book story, it just has the sense to aim for something a little less grandiose. The potentially interesting themes of state surveillance and government abuse of 4th Amendment rights are left unexplored. Not only we perplexed by Nate Fox's melodramatic tale of police brutality at Sony's 2013 E3 press conference, it seems Sucker Punch was too.

Similarly, the way the game is designed is less ambitious in scope than its predecessors and arguably better for it. Few games are better built around themselves so well. Everything in Second Son feeds into something else. When you enter a new district of Seattle you're shown the location of a D.U.P. command module. Destroying this module will show you the locations of drones and processing stations carrying shards that can be used to upgrade you powers and destroying them feeds reduces the overall control the D.U.P has over the area. Doing this opens up the ability to initiate a district takeover which removes patrols and gives you a fast-travel point in that area. For a moment I missed the inclusion of side-missions with actual story content, instead of the four varieties of "do this stencil art" (surprisingly fun), "kill this undercover agent" (unremarkable), "shoot this hidden camera" (needs about six more voice samples about privacy invasion) and "find this audiolog" (pure busywork), but the focus on liberating the city was quite refreshing.

Delsin's powers are also perfectly suited for Second Son's Seattle. Delsin's convenient gift is to take other people's powers, giving Sucker Punch ample justification for designing a selection of different toys. Smoke, Neon and Video are doled out over the course of the game and they all have their minor variations on the theme of grenade, rocket, pistol and dash moves. Each is different enough to change how you approach encounters without turning it into a completely different game. The only major distinction is your mobility, which Second Son nails overall. The speed at which you traverse the world is thoroughly exhilarating, even after games like Saints Row 4 have reduced such considerations to a mere formality. However, Second Son is a much less vertical game than its predecessors. Enemies are almost uniformly able to leap up to your position in a single bound and the height and density of the architecture means that using the higher ground feels more impractical than it should be. Then again, Second Son is a much more precise experience than either of the previous games. Gone are the grenades and rockets that you could spam until anything and everything was either dead or broken. Powers have a much greater focus on shooting enemies in the legs or head for specific karma bonuses, stunning enemies and even creating distractions to sneak behind enemies to take them out. Your standard rocket attack is extremely limited in number of uses before you have to recharge, and even then their explosions don't have much of an area of effect. It lacks the instant gratification of power fantasy fulfillment that was series' bread and butter but the greater emphasis on skill is ultimately more rewarding. inFamous 1 and 2 made you feel powerful, Second Son makes you feel cool.

Seattle is also just a nice place to be. It's the most gorgeous, lovingly-rendered videongame city I've ever seen. There is no unseemly detail or muddy texture to be found. The bar of graphical fidelity is ridiculously and consistently high. Nevertheless, it's undeniably a videogame city, or rather, a city built around having fun than around the lives of the people you're pretending are living in it. Games like Sleeping Dogs and GTA have managed to create authenticity and verisimilitude while abiding by the layout of the cities they've recreated while games like Assassin's Creed and Far Cry stick to the philosophy that open-worlds are playgrounds for the player first and foremost. Second Son belongs to the latter camp. Despite the glossy veneer, Sucker Punch doesn't give its hometown any life. There's an odd silence that has no place in a city that permeates Second Son and like all videogame cities, the fake artificial geography used to section Seattle off into a city without suburbs is laughable. However Second Son gets a pass purely because of its incredible lighting model and lovely reflections. Second Son's Seattle may not be the real deal but it certainly looks the part.

inFamous: Second Son is entirely the sum of its parts, and they're all good. There's nothing interesting, thought-provoking or even outright excellent about it, bar its visuals. It just is. It exists. inFamous 1 was new and different and its sequel was glorious mess of inventive shit thrown at the wall to see if it stuck. They were more flawed games than Second Son but in their own way they were special. Second Son is painfully unremarkable. It's almost sad how underwhelmed I am with a perfectly good video game.

Seriously. This game looks great.I'm not entirely certain at which point in Sucker Punch's inFamous: Second Son's incredible opening I realized I was not actually experiencing a sleep-deprived hallucination at around 4:30 AM, and yes, this was actually a game that I was playing. Drop-dead gorgeous, astonishingly fun, and surprisingly touching, Second Son is an experience that shouldn't be missed.For starters, Second Son is easily one of the best looking games I have ever played, bar none. If thi...

A year of Playstation 4 has done little to deteriorate this game's substantial quality. 0

I remember the fun gameplay of inFamous, as well as the awesome ending twist; I barely remember playing inFamous 2 at all beyond a boring final boss; so, I hope that in a few years, I'll remember all of inFamous Second Son, from the engaging gameplay, to the terrific characters, to just how damn good the game looks. Second Son isn't just worth playing, it's worth remembering.In the inFamous series, you control characters who have obtained amazing superpowers and are willing to use them for good ...

Second Son is a focused open-world game that offers terrific graphics and enjoyable abilities, but it would definitely benefit from a little more variety. 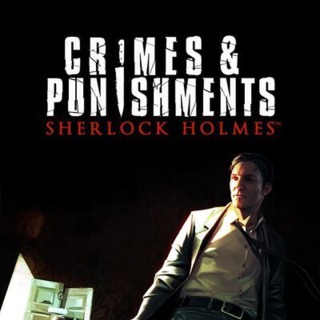 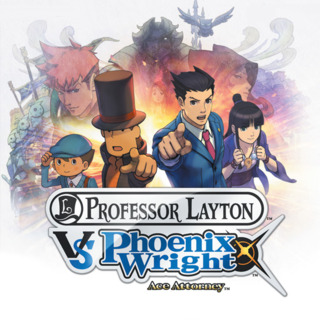 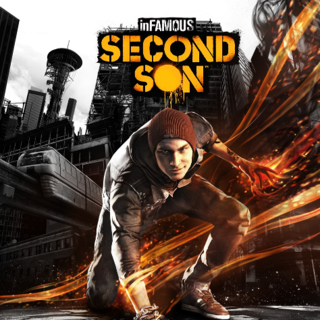 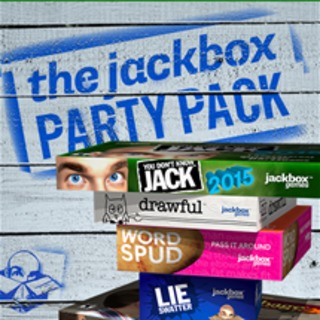