Layers of Fear and the Baroque-n Gamer

Never before has fear been such a inspiration to continue in a video game I've played before until I sat down with Layers of Fear. My college course of Art Appreciation might have pushed me into admiring something outside of a museum or gallery of beautifully constructed paintings hung on a wall for all to gawk at; o, did I gawk from the comfort of my own couch. My final project for this class was a PowerPoint titled "Rembrandt: Baroque Artist, Broke Artist" and the same sentiment rings true for the nameless and mostly faceless protagonist of Layers of Fear, with heavy consideration to the fact that many pieces featured are from the Baroque period itself. Now, this course did not properly drive me to appreciate art so there's no honest evaluation I have for the art itself but it did not sway me away from taking in the mood and setting this game completely and utterly dominates.

The craze of hide-and-seek horror games has not struck me as a lot of these games rest solely on PC or they just don't speak to me with their castle dungeon-crawling or asylum locker-hiding vibes, but there's a beautiful simplicity in an artist's large mansion. This location married with the fact that you're not always on the lookout or running away from some monstrosity makes this a mood piece and not just a practice in doom and gloom. Or was it a large mansion, how much of this was a liquor-induced fever dream? What begins as a rickety house that may or may not have vermin quickly becomes a haunted house where the vermin is the last concern. Dimly lit hallways and pitch black basements are also at the bottom of the list of things that'll have the player's anxiety skyrocketing.

For the most part, the plot is driven through notes from the protagonist to his wife and vice versa, while also bringing in other benefactors that give an outside perspective of whatever horrible thing befell the family. A lot can be said when very little is actually on offer, very rarely is there any voice acting but when there is you'd really wish there wasn't; this isn't to say that the acting is bad, it is because the conviction and conflict is so perfectly portrayed in what can probably only actually be a few pages of dialogue. Most of the game is spent walking, opening cabinets, opening drawers, and opening doors, this may not be the best way of describing the gameplay but I'd really hate to ruin what may be found within in any of these containers or what happens from room to room. Correspondence from lawyers or art dealers, along with the notes back and forth between the married couple shine a dim light on the not only the character but the pieces of art seen. The main point of this game is the magnum opus and there's a very thin line between the sanity of the artist and the insane image put together from chapter to chapter.

This, of course, should not rule out the time spent looking at art, either those made from a bygone era or the atrocities painted by the protagonist himself. Early on it can be seen how unhinged this man is by a few images of his take on Little Red Riding Hood and exactly what purpose they were meant to serve. A very discomforting painting of a baby-faced person is another horror to shield your eyes from. The piece to the left here, a self-portrait by Sir Joshua Reynolds, is used quite effectively, as his posture is used a key piece of advice to look behind you. I won't spoil what happens whenever this painting appears, just understand that any time it shows up will be a delightfully frightening treat. Many fans of horror are aware to never look back, and this is very clear instruction to do something no one in their right mind would truly want to do; this game doesn't push boundaries but it will push you into uncomfortable spectacles. Thankfully, what is on exhibit here to me is a master craft of horror many fans of the genre may not have ever experienced.

My biggest complaint lies in the last puzzle, which, without spoilers, is a search around a room for six checkers to fill up the board on a table in the center of the area. My game also glitched here causing my character to spin around in circles very quickly, I verified it wasn't my controller by not only replacing batteries but swapping to another controller, this was one of the very few times a game has literally made my stomach turn and head launch into panic mode, it was horrible. This mixed with the dank area this puzzle takes place in while already being frustrated in trying to find these very small pieces in an area cluttered with bits and pieces of areas ventured to before was almost enough to break the entire experience for me. That may not sound fair but during my one-sitting completion, it completely broke my immersion completely. Outside of this, very little complaints can come from me; the lack of direction was never a factor in being misguided, I knew that I could not return to areas more often than not, and was fully aware that whatever letters or even pieces of story I had missed lied solely on my shoulders and not the developers although I feel I may have missed some important beats which is regrettable.

What could have been a laughable experience of one jump scare leaping to another, thankfully is painted differently to portray what could be my favorite plot and even gaming experience in the past year. Sure, there's a twist, and sure there's a much-needed question of motive, but it is never bent so far it snaps, although something surely does in the process. Fans of horror should come to this expecting a gameplay format that may be the norm these days but shouldn't expect to have the same experience sold elsewhere. It is amazing how much anxiety can come without requiring a monster or some sort of on-screen mutilation, instead just pure fear from being mentally tortured or broken.

(Layers of Fear can be downloaded from Xbox Game Pass)

Other reviews for Layers of Fear (Xbox One)

Add new review * Read the most helpful review by doomguy2

100 items Games I Have Completed 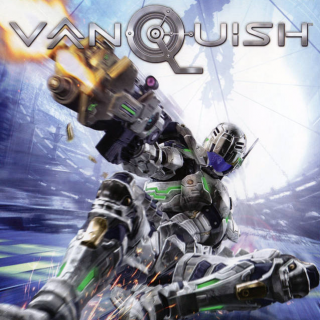 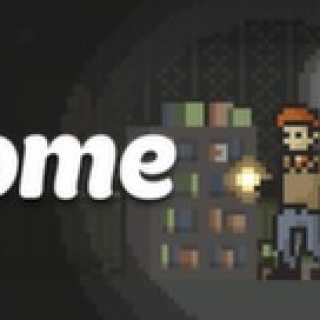