An arcade shooter that rises high above it's flaws.

Having played Luftrausers for 31 hours i can say i got my money's worth.

The game began life as a simple gravitational flight style arcade shooter and the retail version expands on that with a custom combination system that will have you swapping weapons, chassis , and engines to find new strategies and establish favorites for your personal play style.

Lauftrausers' campaign is a collection of missions which are simply achievements attached to to the individual parts you select to build your craft. These missions start out easy enough and unlock things from more parts, early on, to a brutal difficulty mode that has it's own set of missions.

I had a great time with it and can highly recommend it as a purchase and a study of a modern day arcade game done right.

And here's where things go south

The game isn't, however, without a hand full of flaws. As you get deeper in you find that some of the missions seem to rely on luck more then anything else. I've managed to win some missions by accident and reflecting upon it felt like i shouldn't have beaten the mission with the way the description was communicated. Ideally you want to maintain a combo but far too often you just run out of things to shoot or in SFMT mode the thing you need to kill just doesn't seem to spawn in the first wave.

The game doesn't do the greatest job of communicating your goals at first, either, it took me awhile before i realized that the missions were tied to my ship's parts and not just a collection of achievements waiting to be triggered in the background. and there are a few of, what i would call, "communicative flaws" in the mechanics as well. Namely when i push a button in a game, something has to happen, even if nothing is suppose to happen i need something to let me know nothing happened...this is the problem i have with the cannon. Give me a dry fire noise or something to just let me know the controller took the command, otherwise, in the chaos, it just feels like input lag.

Another thing that feels off is the intentional "impact sleep" and screen shifting. When you get hit in the game the screen pauses for a frame, or what seems like longer at times. This is tolerable by itself, but when mixed with camera shake, and kill cams, it accumulates in the chaos to a feeling of simulated frame rate drops, packet loss and can occasionally place the player off screen...none of this feels great when it happens.

The controls, by default are not great. I'd recommend binding controls, or keys to a more Asteroids style of rotation on one side, thrust and fire on the other. When doing this on my 360 controller it made the menus awkward to navigate.

Speaking of the menus, the layout is pretty cumbersome. Going down into the customization screen seems unnecessary as your missions are displayed on the "launch" screen and customization could have just been done there. you have to dig deeper then necessary to find the rank screen and you have to climb out of the menus to get to the launch screen so THEN you can hit "options" if you want to exit the game. While having unnecessarily hidden "features" that could have just been in the options menu (there's no option to "replay" on the menu but you can "pause" and hold "fire" for a few seconds to replay. When i discovered this i thought it was a bug )

Oh, my hatred for the rare spawns. I feel like the Laser Aces are super cheap, not because of their weapon, but because they can fire at you from off screen giving you no chance to establish a counter reaction so you may as well just put the controller on the floor when they show up. Unless they're a part of a mission, which brings me to the second half of why i hate the rare spawns...don't tie rare spawns to missions. It's bad enough that the random nature of the overall gameplay feels like i'm waiting for a lucky session, but when i know that the enemy i'm trying to kill has a 1/3 chance of randomly showing up the game took a bad turn for me and from that point things just felt like a chore. I was faced with the actual definition of "addiction" as i realized i wasn't having fun anymore but i still felt compelled to keep going.

But I Swear The Game Is Great!

Sometimes you enjoy something so much that the flaws obnoxiously glare through to the point of frustration. I feel like this is the case here. Luftrausers is like renting a Ferrari with permanent shit stains smeared across the interior. You're going to have a great time but those flaws are going to creep up and gnaw at the back of your mind.

LUFTRAUSERS does everything a modern arcade game should and then some. 0

Vlambeer&rsquo;s track record is a remarkable one. The self-styled two-man arcade game developer for the modern era continues to surprise with simple games that wring every ounce of depth out of a single idea. From Super Crate Box to Ridiculous Fishing to the still-evolving Nuclear Throne, Vlambeer has proven themselves time and time again to be masters of the nebulous term: &ldquo;feel.&rdquo; Their games &ldquo;feel&rdquo; incredible, and their latest release: LUFTRAUSERS plays better than any...

An Arcade Game with a Broken Score 0

Vlambeer makes arcade style games better than anyone. Luftrausers is no exception.Luftrausers is a flight combat, bullet-hell shooter, whose main gimmick involves stalling the engine to simply fall out of the air to avoid bullets. There is no way to reverse or stop in Luftrausers there is only stalling. This leads to an awesome feeling when your plane falls between bullets not taking any damage. Stalling is also one of the few times that you can turn your plane. Depending on the setup (which we&... 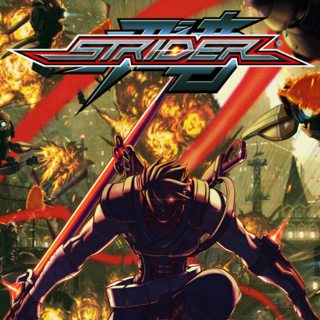 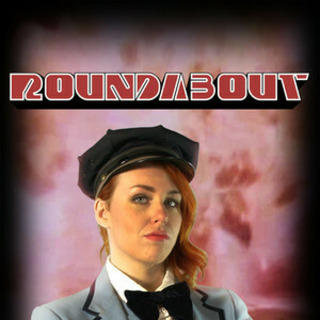