We don't know much about the new Mass Effect, but we do know the lead writer is Chris Schlerf. The name might not be familiar, but you probably know his last project, Halo 4.

Schlerf has been working on Mass Effect since November 2013, but an obsession with secrecy means it's only news now. He transitioned from screenwriting for TV and film with Halo 4, making Mass Effect is second major video game project.

“As a writer, I write for characters,” he said as part of the announcement. “To me, it’s always about what makes my characters tick and what stories I can tell through those characters that will actually engage people about their own lives. It provides a mirror to that player’s experience [so that they are] not just sitting back in an armchair."

Perhaps the weakest element of Halo 4 was its story, but it's impossible to know how much fell to Schlerf.

The new Mass Effect remains, generally speaking, a mystery. It's unclear where it takes place during Mass Effect's timeline, when it's coming out, and what players will be up to. But it's coming in the next few years.

“As a writer, I write for characters,” he said as part of the announcement. “To me, it’s always about what makes my characters tick and what stories I can tell through those characters that will actually engage people about their own lives. It provides a mirror to that player’s experience [so that they are] not just sitting back in an armchair."

Then this writer failed miserably in Halo 4. I enjoyed the game thoroughly, but I still have no idea what in the hell actually happened in between the parts where I was slaughtering loud-mouthed aliens by the hundreds.

Halo 4's story was fine. Not as good as the earlier games, but still fine. That doesn't fill me with any confidence nor any dread for Mass Effect.

Yuck, Feel bad for the mass effect series then because halo 4 storyline was horrible

The story in Halo 4 was not bad. I'm sure he's a good writer.

The worst part of Halo 4's story was how it embraced that "All-story" crap even more. All the pre-destination, chosen-one crap was the worst. More of that generic type of story is the last thing Mass Effect needs, they were already getting too close to Shepard being a chosen-one, now I'm worried it'll get even worse.

Halo has a story?

I said this when Drew and Alexis played through it: Halo 4 has Metal Gear Solid levels of stupidity, and NOT in the good way. He might be a great writer, but Halo was not the right place for his writing.

I've never really cared about the story to Mass Effect all that much but why get all flustered about a change of writers? I give the person credit for even attempting this considering how vile and spiteful the community was to the last writer. I know I wouldn't!

Name a writer that has only produced masterpieces without having a single blemish on their career.

Yeah, that's not very encouraging at all.

I thought the character stuff was actually pretty good in Halo, even if the plot made no sense.

Halo has a story?

At the time of the original's release, I was sure that it was the best story I had ever seen in a first person game on a console. It was cinematic and absorbing in a way that no previous game had been. Maybe that was just the honeymoon and it doesn't hold up. I'm looking forward to finding out with the Master Chief Collection next week.

Regardless, Halo 4's story was a convoluted mess with way too many sci-fi tropes to be entertaining.

"Halo" and "writing" have never been synonymous in my mind. Now if someone from the ME writing team joined the Halo team I'd be happy.

For me the best parts of mass effects story was ME2's sort of star trek episode nature. Like the mission with Jacob's dad where you go down to the planet and discover the mystery behind all the crazy people. It felt very episodic. I haven't played Halo 4 but I hope with his screenwriting for TV background he can write stuff like that.

I like that he says he writes for characters, and I don't know what his script was like vs what ended up in the game, but Halo 4 had some AWFUL storytelling and bland characters. Not to mention it was just the first act of a story stretched into a full game. I'm now even more cautious about a Mass Effect sequel.

Initial reaction is disappointment, but the issues with Halo 4's story partially stem from the fact that the characters and universe of that series kind of suck to begin with. This isn't true with Mass Effect, so... maybe it'll be okay? I imagine writing a Halo game isn't the easiest thing in the world considering how most of it is nonsense (though perhaps it is easy for that very reason, who knows).

I had no idea what was supposed to be going on for the vast majority of Halo 4. This does not fill me with confidence.

Does this mean I have to start reading Mass Effect books?

I like the Chief/Cortana dialog. Pretty much anything that didn't have to do with the Didact I liked. I still had next to no idea who the Didact was even at the end of the game.

The writing and themes in all the mainstream sci-fi games are pretty much interchangeable.

Played all the Halos, read most of the books, have a cursory familiarity with the comics, and I have to say that Halo 4 was pretty weak in comparison to the rest. It handled Cortana well, but otherwise it didn't do much for me. I knew why I was fighting the Didact, but I think a lot of people were just confused as to why they were fighting him, or they were simply unmotivated in pursuing that goal other than "this guy is bad, m'kay." New slate though, so we'll see. 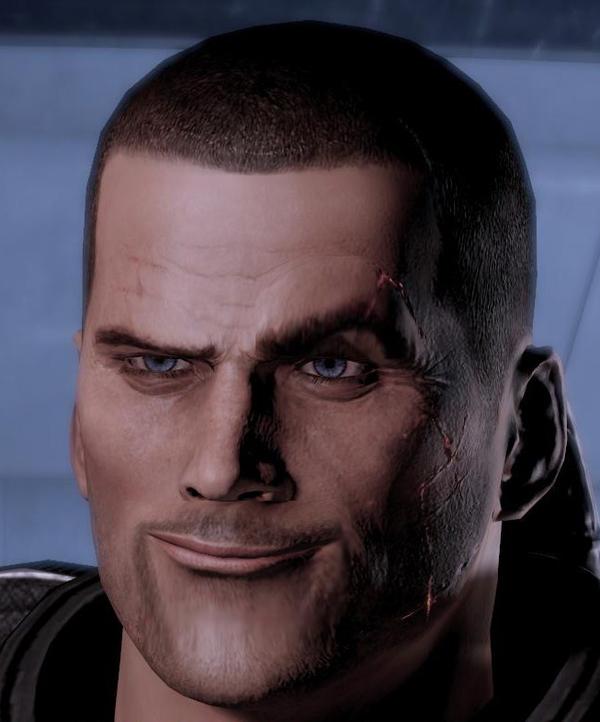 never thought halo games including for 4 had great writing also it was on pair with average action game.

also not fan bioware writing of late people seem to be under delusion bioware best industry which i think is mad when consider games like the last of us and bunch indies recently have been doing better job then them for last 3 years or so. and im also sick of godam mages are evil dragon age games it always ends in same way and the fact bioware thinks its audience are too stupid to release subtle discrimination and various different beliefs ideologies so have to point them out in such obvious manner is terrible. its so lame

Halo 4's story was fine. Not as good as the earlier games, but still fine. That doesn't fill me with any confidence nor any dread for Mass Effect.

Was Halo 4 the one about a Quaternion and a Dicotyledon trying to initiate Pasteurization to clear the Eigenvalues? Yeah the next Mass Effect, which has know problems and issue with story, is going to be totally fine.

Well I didn't like the writing in ME3, and I did like Halo 4. So I guess this news is good for me, if I cared about the new Mass Effect that is. :(

He can't be any worse than Mac Walters.

Well in Chris Schlerf's defense not even the Nolan brothers would be able to write a good enough story for such a bland protagonist as the Master Chief but for me Halo has always been the locations and skirmishes than any dialogue spoken. Mass Effect Might be more up Chris's alley.

"How you react to this news probably depends on how you felt about Halo 4."

well, i don't remember a damn thing about Halo 4's story so... that's probably not a good sign.

As long as it's not a writer who worked on Destiny, I'm good.

Well, I guess he did the best he could with a dumb love story.

The story was well done for what it was, guess I shouldn't be down on this news because Halo 4 wasn't what I wanted it to be (mission design was great, though!)

I'm pretty sure Moses was not in Halo 4 but isn't there supposed to be a Christ like figure running around in it?

Most people I know played Halo for the gameplay, not the writing, which to me was competent if a bit predictable and shallow.

I have Mass Effect and Halo 4 in completely different leagues when it comes to writing so I'm a little skeptical about this.

As long as it's not a writer who worked on Destiny, I'm good.

Fixed that for you.

Well, I couldn't even bring myself to finish Halo 4, but that was more due to the gameplay and horrible AI than the writing. Mass Effect's story was never good. But the characters were phenomenal.

Well...I hope it wasn't his fault that Halo 4 ended up the way it did.

You get your Halo out of my Mass Effect!

To be honest, he would have to try really hard to do worse than ME3's ending shitshow.

I thought the Halo 4 story was alright.

I'm pretty sure Moses was not in Halo 4 but isn't there supposed to be a Christ like figure running around in it?

You're already confusing it with Mass Effect, which didn't have Christ, but it did have a God-Child.

uh, I guess this is kinda news. Since I have no idea what ME4 is going to be, like is it Reaper Shepard with his friends living off that Island planet without any technology to get off and it's WACKY antics of future people trying to live in the wild like out of Masters of the Universe movie? And knowing he worked on Halo 4 means nothing to me outside of "well he knows how to work on a big production" because that's truth about video game writing since level designers do more then writers who are there to add codec text.

Mass Effect 4 is just going to be another massive disappointment isn't it?