Lets get this out of the way. In the grand scheme, Medal of Honor: Warfighter is the picture-perfect example of what a clichéd action game is. Modern military, check. Fighting terrorists, check. Military jargon, check. Fast paced multiplayer with progression system taking place in relatively brown environments, check. Although Warfighter scales back from the theatrics of Call of Duty in favor of a more grounded in reality story, it’s still nothing short of generic. I can’t imagine a ton of people yearning for more shooting galleries loosely stitched together to make a story.

Unlike 2010’s Medal of Honor, Warfighter won’t take you to real battles in Afghanistan. We do return to playing as Special Operations troops, but this time strictly as SEALS. A lot of the stages are “inspired by actual events”, but with a lot of real-world Special Operations being hush-hush, it’s difficult to get a picture of if by “inspired by actual events” really means “Hey, we know the SEALS operate in the Philippines a bunch, so here’s a mission taking place there.” One mission, however, is clearly based on the real world event where three SEAL snipers rescued a captured ship captain from Somalian pirates.

But what does that sniper mission have to do with the greater narrative? That mission, along with many others, have nothing at all to do with the greater picture. It took me about half of the game for me to piece together that these SEALS were after a target known as “The Cleric”, a man that is supplying explosives to bad guys. Actually, I never got a real grasp if this Cleric is a terrorist himself, or strictly a supplier. Did he have plans to attack mainland Europe or the United States? Was he just selling these explosives to guys attacking troops in Afghanistan? Why did I go to Somalia twice!? There were too many missions in which I had no clue who I was, who I was with, and what our objective was. There was one moment in which my fellow SEALS and I discovered a terrorist training ground in Yemen complete with shooting ranges, mock houses to clear, and an entire mock airplane. That was way more interesting and eerie than anything else going on, and the game even alludes to the cast further pursuing these disturbing discoveries! Instead, it’s all swept under the rug to get to the credits. For a franchise that previously had you fighting the Taliban, I had no clue who I was fighting. Were these Taliban, Al Qaeda, Haqqani Network, or just a made up faction? This boils down to abysmal storytelling.

The missions are pieced together with CG cutscenes mainly revolving around a SEAL and his incredibly creepy looking wife and daughter. They’re probably creepy enough to show as an example of what not to do at an animation school. There’s a decent attempt at humanization, showing a strained triangle relationship between the warrior often away from home, a wife, and a child. But it never really develops into anything beyond the wife constantly being upset and the little girl peering into my soul and telling me to murder my family upstairs via the uncanny valley. Danger Close needs to learn that before you can sympathize with fictional characters we have to see them as people first. You can’t throw me into an unknown conflict; then immediately throw me in a struggling family expecting me to care. Although the ending was legitimately heartfelt but also kind of repackaged the ending to Act of Valor, then Linkin Park just randomly started playing for the credits which totally killed the mood.

The gameplay itself is very standard affair, if not completely tired. Warfighter offers several cool moments with intense action music but ultimately feels lifeless. Nothing ever hits the high notes of 2010’s Medal of Honor such as the scene that Rangers were quickly exiting the Chinook to fight Taliban, but there are a lot of scenes that are clearly inspired by Act of Valor. Warfighter takes linear gameplay very literally. In a shooter like this, I don’t expect a lot of wiggle room in my gameplay. However, your AI will take place at the same cover points every time, the enemies will react the same exact way to your presence every encounter, and even some of the sniper segments don’t allow you to choose the window in which you shoot from. I wasn’t a huge fan of last year’s Call of Duty, but at least the theatrics were so over the top it kind of excused the controlled experience. It was a rollercoaster ride, if you’re going to put me on a very specific path I want the Eiffel Tower to fall on me. Warfighter is like a rollercoaster with no hills.

The most offensive element is the shooting itself. Weapons feel weak and traveling rounds don’t have nearly the level of audio attention as Battlefield 3. For conflicts between professional American warriors and company-sized insurgents, battles are very quiet. There isn’t a whole lot of yelling and the guns don’t make a lot of noise making already boring gameplay almost painful to get through. Once again, leaving the theatrics this genre is often laughed at for has hurt this game. Warfighter isn’t placing us in reality nor is it chasing the rollercoaster experience, making the whole singleplayer experience feel pointless.

While the singleplayer forces you to watch your allies shoot walls and enemy AI constantly shoot you and only you, Multiplayer is where Warfighter is a more tolerable experience. It’s very similarly structured to virtually every shooter released since 2007. Unlike EA’s other flagship shooter, Battlefield, Warfighter’s multiplayer has no vehicles or large landscapes. It’s all about squad movement and controlling tight chokepoints. Even the predominantly outdoor maps boil down to a network of corridors. The suppressing fire mechanic from Battlefield 3 didn’t make it here, but be sure that for as narrow as all the environments are, when you take fire you’re going to want to get down. Teamwork is the key to success and while you don’t have a squad, you have a Fireteam. This is you and one other guy you can spawn on. Just one player in the right spot can cause a lot of damage to the opposing side and so long as he isn’t taking direct enemy fire, you can spawn on him. This ends up being the key to objective games. It’s a cleaver system that forces players to be more cautious than blindly running into fire.

The classes are pre-set to general loadouts like Machine Gunners and Snipers all representing different NATO countries. All of which have a unique special ability. The Rifleman for instance, has a Grenade Launcher and the Point Man has a magazine worth of ammo that does increased damage. The progression isn’t necessarily clear at first, and the classes aren’t even all available from the start. I unlocked them all so quickly it felt meaningless to have them locked in the first place. While nothing is going to compete with Call of Duty’s iconic guitar riffs anytime soon, the leveling in Warfighter isn’t flashy or fun at all. It was never clear how to level up quickly, there wasn’t much effort at all with multiplayer challenges or the unlocks themselves. After about 3 matches, your basic rifleman is about as effective as you need to be.

Overall, I spent a good amount of time with the multiplayer and didn’t have a great time. It felt like a good middle ground between Call of Duty’s Quake-like twitch gameplay and Battlefield’s more methodic team-based play. It was easy enough without being a giveaway to rack up the kills to shoot a minigun out of a stationary BlackHawk that also served as a spawn point for my teammates. However, there aren’t a lot of killstreaks and they lose their charm quickly. While the multiplayer isn’t inherently broken and has a lot of potential, it’s too little too late. There are better games out there, and Warfighter’s multiplayer simply looks dull and feels out of date.

That sums up my issue with Warfighter, the whole package feels like a dud. The visuals and gameplay don’t stand to 2012 standards. Firefights in singleplayer boil down to shooting pop up targets and the multiplayer is uninspired. The modern day Medal of Honor franchise doesn’t have anything special to call its own. It doesn’t scratch any itch and so clearly exists for the sake of EA putting out a shooter on non-Battlefield years. Even if you’re the type of person who wants the by-the-numbers experience, Warfighter doesn’t serve that need well either. Its lack of vision or even the motivation to go far enough to challenge other top-tier action games is lazy and just shines a light on how well produced other shooters are.

Other reviews for Medal of Honor: Warfighter (Xbox 360)

I really wanted to like Medal of Honor Warfighter, as I have enjoyed both Battlefield 3 and the Call of Duty series. I was hoping for some kind of mix match between the two series, with the tactical realism espoused by the developers, and the destructive adaptive multiplayer of the Frostbite 2 engine. What I got was a single player campaign that never strayed from the Call of Duty model, and a multiplayer that copied Call of Duty, while leaving Battlefield 3's best mechanics behind.Single Player...

Back in 2010, Medal of Honor released to the public attempting to portray real life military operations in Afghanistan in the Shahakot Mountains. The product failed to live up to expectations pushing the team to go back to the drawing board. Medal of Honor: Warfighter is the next installment in the franchise as it’s once again inspired by real world events about global terrorism. Danger Close, the developers behind the game aim to soar high in Warfighter by featuring Tier 1 units from around the...

Warfighter makes no successful effort to stand out in a very crowded genre. 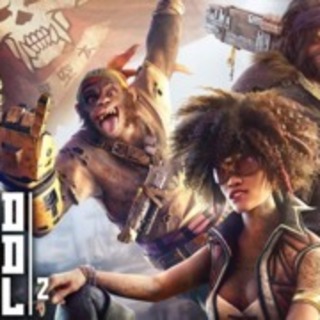 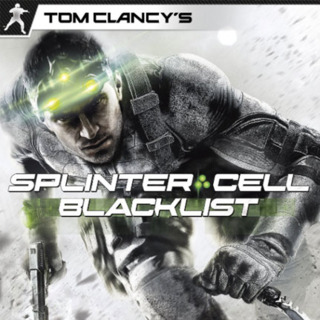 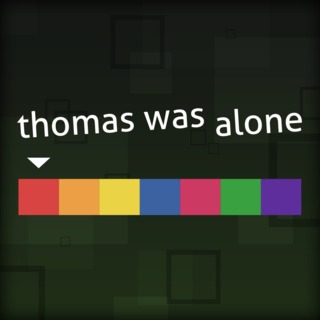 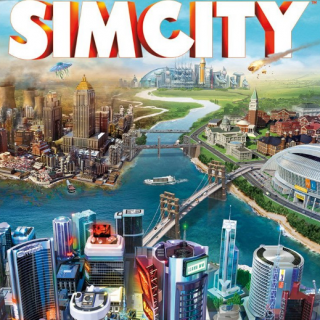 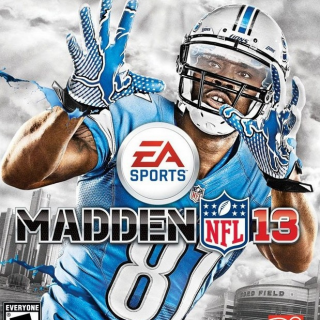 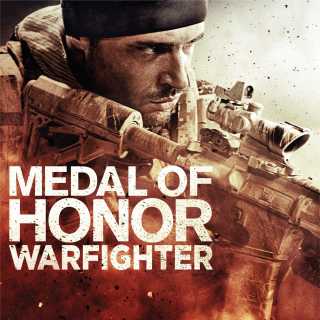 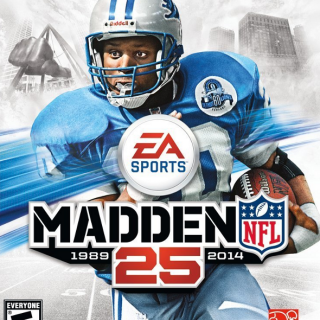