Charming in its simplicity, Pikmin bets all it has on brand new ideas.

Rome wasn’t built in a day, but then again so wasn’t in 30 days. Yet, in Pikmin you have exactly 30 days to rebuild a spacecraft and fly back home before your life suit runs out of whatever keeps you alive; if you fail, everything goes to waste. Sounds a bit harsh when you think about it but Pikmin is a pretty straightforward puzzle game, the 30 in-game days just makes everything a bit spicier.

You’re in control of Captain Olimar, a guy that was just hangin’ around space when his spaceship was hit by a comet. Olimar managed to safely land on an alien world replete with oxygen, which happens to be poisonous for Olimar. His spaceship lost 30 of its parts in the fall and they’re now scattered around the strange planet he’s trapped in. It’s up to you to help him on his quest to recover the missing parts of his rocket, and send him safe and sound back to his family.

While out venturing the newly discovered planet Olimar comes upon a strange little creature, his body is completely colored, along with what seems to be a plant over his head. Captain Olimar decidedly thinks that this weird little creature reminds him of a “pikpik”, a carrot of some kind he enjoyed back in his home planet, so he names these creatures Pikmin.

Even better, the Pikmin seem to be fond of him. They help Olimar, for some unknown reason, and even follow him back into the stratosphere when the night comes, knowing that the dangers of the wilderness might take a heavy toll. Perhaps Pikmin too may fall victim of the food chain within this distant planet. Now Olimar works as a leader for these tiny creatures, taking advantage of them as he sees fit. As his adventure takes form he updates a journal reporting what he learns about the world, Pikmin and other creatures.

The Pikmin work like little working ants at the bidding of his ant king, they fight monsters, they carry their prey, they carry the ship’s parts. Everything you do you need a certain number of Pikmin. To hoard them you can gather plants and other resources from the environment, and as the Pikmin take the spoils back to their “onion”, from small plants to bigger animals, seeds are sowed, so you can pull them out, revealing more Pikmin. Even if you absolutely run out of Pikmin the onion will spawn a seed so you can start all over again, building your own small army of Pikmin.

The aforementioned “onion” is where the Pikmin live and take shelter, every animal they hunt, any plant they gather, is then taken to these tripods the game calls onions. You can garrison them within or take them out for tasks. The only place they’re really secure is inside these onions. Pikmin might die by several ways, mostly from battling, but they could drown, get burnt to a crisp by fire or get left behind after a day’s work to suffer the terrible fate of spending a night out in this harsh environment. They even evolve, much like the other creatures whose names sound so similar; by eating grass or some yellow ebb that flows from the ground, or by simply waiting longer to harvest them. Unharvested Pikmin are safe through the night.

You can have only 100 Pikmin at once out in the field. The gauges in the lower part of the screen show how many are at your command at that moment, how many are in the field, and how many you have available in total — or how many seeds you possess. You can call upon Pikmin by pressing the call button, any Pikmin in the vicinity of the call will instantly be at your command. You engage them into tasks by literally throwing them where you want them to act. I know, not the gentlest of ways for creatures that are helping some stranger that happened to materialize in front of them.

There exist three colors of Pikmin, each with its own set of abilities. The red ones are the first ones to be encountered, they are immune to lava. The yellow ones come next and they are lighter, meaning they can be thrown at places that no other Pikmin can reach, and they can also carry and throw bombs. And last but not least we have the blue ones, they have a bronchial system and can withstand water. Using them at the right moment interchangeably is the key to success.

There’s not a whole lot of maps, only 3 complete ones and two small ones. The two small ones are the landing site and the final boss battle map. Whatever you do on the maps will carry over to subsequent exploration in future days. You’ll need to break walls using Pikmin, break tougher walls using bombs, push stuff out of the way and manage the overall environment the best way possible. Some enemies will respawn if you wait for a set number of days and newer enemies might come up as you advance.

The game is not exactly easy, but it’s not exactly hard either. Once you understand what you can or cannot do it’s a walk in the park; if you still haven’t, then you’ll probably get stuck wondering what to do next. Once you have the grasp of the gameplay mechanics your best challenge will be actually finishing the game in 30 days getting all the 30 spaceship parts. It does require a bit of planning and knowing what to do beforehand.

Since you have the exact same number of pieces as you have for days you’ll basically try to get the piece of the day while managing the environment and harvesting Pikmin for the next one. Since you’ll need an extra day to prepare for the boss you’ll have to get one part ahead; that’s not too difficult, especially the easier parts that are basically there for grabs. Once you get the hang of it it’s just a matter of getting out there and actually doing it.

The game still offers challenges in an embryonic stage, the concept would surely get developed to better, cleverer methods of level design in future installments, but Pikmin had to start somewhere, and it happens to be right here. The enemies are more of an annoyance than they are hard, and that’s saying much since in a puzzle game like this, anything could jeopardize a whole day just by making the wrong move.

In the technical department we have a decent job. The graphics are pretty good and showcase what you’ve come to expect from Nintendo, fantasy locations full of life and character. It features nice graphics from the early beginnings of the GameCube. If you consider the transition from the Nintendo 64 then the graphics certainly looked better then, but fantasy graphics are much better candidates to stand the test of time than real-life ones, so it’s still pretty solid.

Strictly from a technical standpoint you might notice that it is actually pretty demanding on the GameCube hardware. Considering you can have up to 100 Pikmin at once on-screen it’s not rare to witness slowdowns; a clever trick was used so that the view doesn’t go too far, it simply blacks out the distance. Still, the console seems to struggle a bit to keep up with the action at times — I believe mostly because of working on brand new hardware and poor optimization.

The game’s music does the job quite well. Every map has its own distinctive track and while they’re not particularly amazing, they’re actually pleasing ambient music. It’s also worth noting that at the time of release the CD soundtrack was quite a hit in Japan, so if you enjoy mellower tunes it’s surely something to look forward to. The sound effects are pretty awesome as well; again, very Nintendoey.

The first Pikmin presents an interesting new concept that is sure to be better developed in future releases. It’s a different game than what Nintendo generally brings to the table. It might not be the finest game Nintendo had to offer, it might not even be the best early title for the GameCube, but since everything must start somewhere, I’m sure Pikmin is glad to have it as its roots. It does stand as one of the freshest ideas in consoles to this very day. If only Nintendo took more chances like this with original, newer titles.

Other reviews for Pikmin (GameCube)

Pikmin is Shigeru Miyamoto’s first 100% original game series on the Gamecube, and his first real-time strategy game. This is more than enough to warrant an examination. At first, it would appear to be a strategy game for kids, with cute characters and simplistic play. However, looks can be deceiving and Pikmin contains all sorts of challenges that will entertain older gamers as well. A Whole New World Olimar, a deep-space pilot, crash-lands on an alien planet. Along the way, ...

Add new review * Read the most helpful review by koopamaster 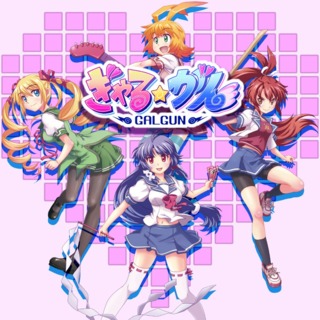 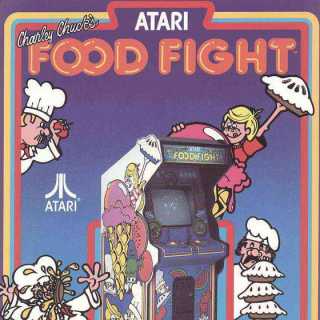 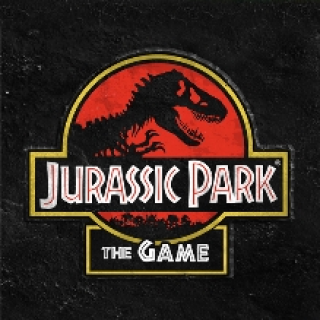