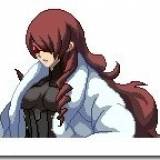 Why can't gamers be civil?

As a gamer, I go and visit multiple sites and message boards to read about the latest news and also the comments from gamers. Today Eurogamer posted a rumor about what  their sources are telling them about the Microsoft E3 press conference. The big news was that we should expect 10 non sequel Kinect games that are aimed at the "hardcore" audience. All it took from the report was Kinect to start the never ending battle of motion control gaming and hardcore.

At one side of the argument are the people saying Kinect is trash and Microsoft already lost E3 by mentioning Kinect. On the other side of the argument you have the people who defend Kinect and want to see "hardcore" games for it. Then there are the minority who have no interest in Kinect but willing to see what Microsoft has up it's sleeve when it comes to Kinect games. I side with the minority. I don't own a Kinect and really not sure if I will ever buy one, but I do understand that Microsoft sold close to 10 million Kinects and I'm sure those guys are waiting to play something else other than Kinect Sports and Dance Central.

In reading the comments about the Eurogamer rumor on numerous sites and the longer the threads got the more less civil it got. I'm talking about straight up bashing on other people thoughts when it comes to someone disagreeing to your opinion. I know I'm asking too much but it's alright to disagree on something. You really can't dislike a person if they hate motion controls and vice versa.

At the end of the day this rumor could be false.