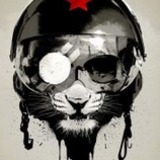 PC as a gaming platform seems much bigger now than the start of the last gen. As long as developers can keep up the good PC ports, I don't think that attitude will happen again.

@chaser324: so, if you're xbox, you'd advocate the customer just return the console if you're still in the return window, to then purchase the bundled version?

After purchasing an Xbox One a mere two weeks ago and learning about free Titanfall Bundle on March 11, I was frustrated. On Twitter today, Xbox Support shared this tweet with a fellow recent console purchaser:

KWade85: @Xbox @XboxSupport any way to make this retroactive? Just bought my Xbox 2 weeks ago solely to play the beta. Would really appreciate a code

Xbox Support: @KWade85 We don't have any info on that. Your retailer could possibly have some price match or exchange abilities.ZE

After this, I called Xbox One support and spoke with a supervisor, quoted as saying "It's above my pay-grade. If it were up to me, I'd give you a rain-check [for a free copy of Titanfall], but you'll have to contact corporate. I can't give you the number though."

Another user on Twitter sums it up beautifully, Chuck writes:

"I'm glad I bought an Xbox One at launch so I could beta test it for new buyers who now get a functional console & a free copy of Titanfall."

@chiablo: great response! So good, it should be pinned for newbies! gj man!

@capum15: absolutely. It's always a concern for me though when small indie teams get sidetracked by never-ending losing battles with those who hack and exploit the game, leaving little time for intended improvements to gameplay. Even larger developers fall to this trap too, sadly.

@mb: I wouldn't disagree, but that's not always the case or expectation, nor is it always fact. Alpha is alpha. I just want to paint a clear picture of the current state for would-be purchasers. Certainly not a knock on the game, just a factual account.

After putting in well over 70 hours, the current state of the game is Alpha, obviously, but the mass item duplication among player who aren't hacking, means that a large majority of players are resorting to this behavior to have fun. You can see this flippantly only 30 minutes after a server wipe, where there are 10 story structures, and compounds that look like modern day prisons. Sadly, anyone who wants to play the game without stuping to this level will only result in feeling disappointed, as you'll have Kevlar wearing, M4 wielding mercs (some with aimbots) who go around and murder everyone, including fresh spawns, all in the amount of time it'll take a veteran Rust player to tech up to your first pistol and shotgun (45-60 minutes), which means that you'll find yourself with a lack of any reasonable means to combat the OP raiders that often work in groups of 3 plus.

Just wanted to share our experience in its current state. Even with active admins on the server, duping can't be detected or proven, and even worse, admins using their power to spawn in items galore.

Such a great game, but it's something I'd recommend all newcomers to stay away for awhile.

what kind of servers do you look for, when joining a server?

I would say you want to try join servers that meet this criteria:

These are just some things that have helped us have a good time! Hope this helps!