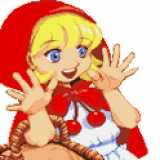 The London Games Festival kicks off on October 24th bringing a series of events to the my home city that celebrate the wonderful world of videogames. I always look forward to it each year as there is always loads of cool stuff to check out around the city with all my gaming friends in London. I hook up with friends I play with online and that adds a little something to the proceedings. It's always fun and sometimes a lttle wild as last year was when I initated the rabble into the wonders of combining Absinthe and arcade gaming lol.

Last year I did some cool stuff which included playing the very latest Q4 games that had not even been released yet. I also got the opportunity to play some of the very first video games ever created, and some of the most iconic, many of which I had never had the chance to play before. It was of course very cool for a lover of retro gaming.

They also had a series of lectures on videogame production and the history of them. Normally I find lectures very dull affairs, as I am sure many others do. I can barely stand the lectures I attend at the National Gallery for my private study, yet these on the other hand were a revelation as I have never been to lectures and listened so attentively and not wanted them to end. I found it all fascinating, I learnt so much about the industry and the design processes involved in making videogames. It made me think about games in a way that I had never done previously. As a result I now have greater appreciation of them as a creative mediium and hold many more in high regard.

I currently have no intention of entering the industry as I am perfectly content with what I do, but one day I would certainly like to have a creative role in the development of a videogame. This years festival will see a careers fair for those wanting to get advice from professionals already deep within the industry, it will have representatives from the big development houses attending. I am going, not in order to snag a job, but instead to network with other artists that have a appreciation of gaming in the hope that someday it might lead to a bit role. My first ever job was actually at a games company amazingly, it was my work experience during secondary school at the age of 17. I recall stating to my tutor that if he did not find something suitable I would not bother to even turn up. I listed videogames twice in the three boxes available on the request form, and cartooning in the one remaining lol. I spent far too many lessons day dreaming while scribbling onto table tops, some of it very vulgar and well detailed featuring teachers lol. Anyway, in the end I found a place at Ocean Software, the peeps that made the early Robocop games on the C64. I cannot remember much from my experience then due to they years of substance abuse since then but I do remember being what was in effect a well worked slave for two weeks. They had me running out to the shops in Covent Garden to buy them white chocolate muffins and latte's. They did however give me some Rayban shades as a leaving prezzie so that kinda made up for the temporary slave stuff. I felt so grown up heading home from work wearing my Rayban shades on the London underground lol.

In line with the past two years yet again Video Games Live will be part of the London festival also. I have been lucky enough to attend everyone that has been held in London so far and this year will be no exception as I have already booked my tickets. For those that do not know what VGL is, it's basically a high quality stage show with w 32 piece orchestra playing all the great music from all the great games including MGS and Halo, Zelda and Mario, Final Fantasy and many other ****cs. I adore videogame music and have found the two previous events actually very moving. It really is something special hearing the melodies we love being played live in such a awesome fashion.

I will be attending the Golden Joystick Awards at the end of the festival for the first time this year after getting a press pass. I cannot wait, this years event should be equally awesome :D