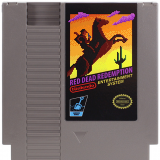 The first half of 2013 is pretty packed in regards to huge game releases. Look no further than the likes of Grand Theft Auto V, Bioshock Infinite, Tomb Raider and Gears of War: Judgment to know that there are plenty of AAA games from beloved series to keep your attention for the entire year; but what about some of the less recognised games coming out? Perhaps they don't have the budget to compete or aren't a known franchise but they deserve your attention nonetheless. I'm not saying the following games will be great, but they all have different and interesting ideas and don't deserve to be buried in the crazy release schedule of 2013. Here are 5 games that you may have forgot are coming soon and should be on most gamer's radars.

NetherRealm Studios, headed by Ed Boon - the creator of Mortal Kombat - is introducing a new fighting game IP which will focus on the DC Universe. The DC universe has been visited before by the Mortal Kombat developers in the generally well-received Mortal Kombat vs. DC Universe. After a rough few years for the Mortal Kombat series, 2011’s release raised the bar and gave the fans what they have been clamoring for years. With a new IP and a welcome resurgence from a prolific fighting game developer, Injustice: Gods Among Us is definitely a game to look out for on April 16th.

Ever since the Playstation Vita was announced by Sony the dream and main promise for gamers was to finally have a console quality first person shooter on a handheld for the first time through the use of dual sticks. The first attempt at this was Resistance: Burning Skies. The game wasn't developed by its usual developer, Insomniac Games but was handed to Nihilistic Software for the difficult task at hand. A series which has produced solid games over the past few years many hoped would be the definitive handheld shooter. Unfortunately the game had a myriad of problems but mostly importantly a bad online infrastructure. The next attempt and the most ambitious so far was Call of Duty: Black Ops Declassified. Unfortunately many feared the worse when Treyarch was not on board to develop the game and again it was given to a another developer, Nihilistic Software once more. Fears were compounded when the game was released to terrible reviews and it seems not even the FPS behemoth of Call of Duty can save the Vita.

Well that small task is now at hand for Killzone: Mercenary. Developed by Guerrilla Cambridge with main series creator Guerrilla Games assisting it's production, not much is known about the game so far. However the game seems to be in the right hands and hopefully won't be rushed out like the two previous games I mentioned. This game could be the definitive FPS the Vita so terribly needs and it really couldn't come any sooner with the release schedule for the Vita for 2013 looking incredibly bare. This game currently has a tentative release date of 2013.

Metro: Last Light is the sequel to 2010's Metro 2033 which came out to incredibly mixed reviews upon its release. The game was praised for its tone and style but many found the combat frustrating and not as fluid as many other FPS on the market. The game did find a niche audience and is somewhat of a cult favorite nowadays and many fans were overjoyed when a sequel was announced.

The potential for this game is pretty huge. If it delivers on its initial promises from the first game and tightens up all of the problems people had we could see something very special. Scheduled for a release on March 31st this game couldn't have picked a more crowded time to get noticed. Tomb Raider, Bioshock Infinite and Gears of War: Judgment all release the same month. If this game sells well enough to keep the franchise going it will be a minor miracle, and that is a real shame.

Fuse is the upcoming co-op shooter from Insomniac Games. It is the first game in many years from the developer that will be multiplatform, with this game coming to both Xbox 360 and Playstation 3. We haven't seen much of this game so far but the real reason you should be interested is that Insomniac rarely make bad games and if you only own an Xbox 360 this will be the first game of theirs you can play this generation.

I do however worry about this game and it's release for many reasons. Firstly it has an extremely generic name that wouldn't entice people at all to pick up and see what this game is about. Secondly, it has terrible box art. I mean look at the above image, why cut off your character's heads? Just awful. Lastly, it's release date of March. So many huge games come out that month as I mentioned and many are shooters in direct competition with this game. I can't see this doing particularly well sales wise I just hope the game itself is great which may help in the long run through word of mouth.

This game won't be on many people's immediate radar due to it being quite far from release but once we know when it's coming you won't want to miss it. A zombie survival open world game coming to Xbox Live Arcade in the same style of DayZ but a more linear and story driven experience. Everything we have seen so far about this game looks fantastic from the screenshots to the trailers. This game looks new, exciting, interesting and truly one of a kind for console gaming.

I imagine this game will be the sole focus of this years Summer of Arcade promotion, probably the last for the current Xbox, and I can't think of a better way to end one of this generation's best and most consistent annual events. State of Decay, remember the name.

So there we have it. 5 games that are far from blockbuster titles but all could be interesting and important games for many different reasons. It's a shame of a lot of the games I mentioned won't be best sellers and probably won't win any game of the year awards, this doesn't mean they don’t deserve to be played. In the next 4 months when the dominant games will likely come and steal the limelight away from the opposition, spare a thought to the games that only misstep was launching at one of the busiest release windows in recent memory.