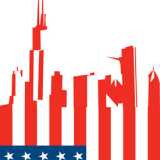 I wanna be the guy

Die until you rage quit

Crippled without its multiplayer server

Wait, its about what!? Eww.

Need for Speed the Run

Completed before leaving the store

While I understand the point Mr Parkin is trying to make, I can't help but question who exactly he is trying to write to. As Patrick himself states this review is a critique of the series as a whole, through the lens of its most recent instalment (apologies for paraphrasing). The main crux of Mr Parkin's point could essentially and much less eloquently be boiled down to;

A) Games in the Uncharted series trade of freedom and scope for visceral excitement and sheer visual spectacle.

and B) Uncharted 3 is no different

I can't help to think that a review for sequels need to be looked at differently, and if the reviewer has an issue with a specific aspect of a series, it should be mentioned. But seriously, who is eagerly waiting for a review of Uncharted 3 who doesn't already know the strengths and foibles of the first two? I don't really have the answer, but I don't think you can review a triple A sequel without either drinking the kool-aid, inciting nerd rage, or weakly using the term 'fans of the genre'.

Lastly, while I appreciate Patrick bringing this review to my attention, as it was enlightening, I think critics lamenting nerd rage is as silly and futile as developers and PR teams lamenting critic rage. You write for a living. It may aid you to remember that your ability to translate your tastes and views into an intelligent and coherent format is something not all your readers can do. This doesn't mean they don't also have tastes and views. And while readers should possibly spend more time considering the process and mindset from which a critic comes, surely a writer must also consider the spectrum of tastes, biases, and even intelligence of his audience.

Sorry for the rant

Im good for posts, but really need the views any one want to F5 cyber? ...lol

okay, well I have messaged everyone on the board, and still need about 40 posts and like 800 views... time to beg for spam, all requests will be returned, of course:)

So... are we doing a show me yours if you show me mine thing here, you know like everyone did with the follow request...? If so I will view and comment everyone here... Crap, am I supposed to be more subtle in this?

Did no one say shining force?

The cost versus content debate can die in fire as well...

Eternal Champions!, oh, and Toe-Jam and Earl, any further title would be dependent on what you like...