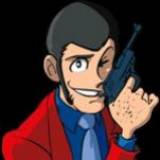 The big autumn rush of games is still going strong, with a lot of great games coming out this week too.

Take the original GTA games, throw in some NEStalgia and you get this. It looks and sounds the part, and hopefully it plays well too.

After the premiere on XBLA, Joe comes back home to PSN with '10 hours' of extra material.

Not much to say here, this series has been absolutely thrilling and it's all about to come to a head.

Another platformer that's trying something different, doesn't seem to be getting much attention though.

A Waste of Money: My Brief Personal Experience with Demon's Souls

(This was originally gonna be a list entry, but it dragged on so I just posted it as a blog).

I got caught in this game's hype. I didn't go far enough to order it from Japan or the US, I stayed pretty patient, and when the European version was announced, the Black Phantom Edition, I saw that my chance had finally come. I pre-ordered it, a week before I went on holiday, and didn't start playing it until after the summer. I barely played that much, in total about 5-6 hours.

But the real bomb dropped when Dark Souls came out a year later, and made even bigger waves. With every aspect improved in Dark Souls, Demon's Souls became obsolete literally overnight, and I had hardly gotten my money's worth out of it. I'll still play it someday but sadly without being part of the zeitgeist that helped make it a great game.

This image accurately shows how I feel about GB's new situation

-Oh man, this is great. They're really gonna take off!

-Um, CBS? Sharing an office/having anything to do with Gamespot?

There's no way of telling how things will turn out, but I'm hoping for the best.

Bizarre Creations: Where They Are Now

In case you're still worried/wondering about what happened to the good people at Bizarre Creations, EuroGamer TV has released a mini-documentary showing us what the former employees are up to today. Three new indie studios have been formed: Lucid Games, Curly Rocket, and Hogrocket.

EGTV video here.
Despite being a big fan of driving/racing games, I've never owned a game made by BC mostly because I had a PS2 instead of an Xbox. Looking back, I feel like I missed out on a lot of good titles, particularly the Project Gotham Racing series. I didn't think Blur was a flop, and it's a shame they were seemingly forced to make Blood Stone without a James Bond film to back it up.
Hopefully now that they have a lot more creative freedom, we'll see some great new games from them. By the sound of things, they're starting out small with iPhone games, and eventually working their way up to other downloadable titles. How about a twin-stick racer?
1 Comments

What could possibly go wrong?

I noticed Steam started downloading something automatically, and apparently it's an update for AaaaaAAaaaAAAaaAAAAaAAAAA!!!, weighing it at around 200 MB, almost the same as the game itself. So I clicked on the "View Details" button and this is what it said:

Updates to AaAaAA!!! - A Reckless Disregard for Gravity have been released. The updates will be applied automatically when your Steam client is restarted. The major changes include:

I laughed for a good while after reading that, being used to how other games usually listed news of removing bugs. I knew the developers, Dejobaan, were always up to something crazy, so I pondered what this 'update' could possibly be. Built-in advertising for their upcoming game perhaps? Then I realised it's April 1st, so it has to be something good. And since it was Dejobaan, it'd be something real good.

As long as it's not real bugs.
8 Comments

I need to slow down.

Too many games one after the other, I'm burning out. I remember this happening a while back as well, and thank god I'm not as frustrated and confused as I was that time.

I've got a bunch of games I've bought and not played, and yet I'm still borrowing games all the time. Literally spoilt for choice.

Thanks for reading, and sorry for wasting your time dear reader, I just needed to vent a little.

Or Europe at least.

"Featuring a fully redesigned, dynamic new combat system, you can create and customise your own exciting attack strategies and combos"

Yep, go fire up the game and get the (very small) update which includes quite a lot of fixes. Maybe now you can join random people without them denying you straight away...

Tecmo Koei have finally put a solid date on Trinity: Souls of Zill O'll, and it's February 8th in the US and Feb. 11th in Europe.

I believe this is the first Zill O'll game in the West, has anyone played these before? I had never even heard of this series before to be honest.

Yes, got £8 pounds left on my account, and it'll disappear tomorrow, so I need to buy a game. I was thinking either The Last Guy or PixelJunk Shooter. Maybe Super Stardust HD.