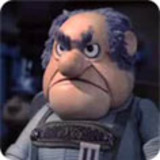 This is awesome. I'm so happy you guys are doing this. Looking forward to watching Kai (again) along with you.

Of the 9 songs in the OST, this one is definitely the "best"

If anyone who hasn't watched Super wants to be extra confused about Goku Black, he's technically not Goku at all. Oh it's dumb, real dumb. Super is basically one big endless series of fan fiction what if stories, in jokes, references to dragonball memes etc. It's a very silly sequel series but also kinda amazing for the same reason.

Right now Frieza is alive again and is helping Goku defeat the latest toughest strongest guys in a tournament set inside another dimension. And Goku is single handedly responsible for the deaths of trillions upon trillions of people and the show doesn't acknowledge this at all.

It's actually even worse than that. The show does acknowledge it, with Toppo explicitly saying that Goku is truly evil or something like that, and every fighter from every other universe hating him and trying to gang up on him. And Goku doesn't give a shit. Someone needs to stop HIM at this point.

On topic, I cannot wait to play this game tomorrow.

That pure votes list is really really close to my personal top 10. Great lists, if I do say so myself!

Thanks, Bomb Crew! Happy holidays to you all and a very happy New Year. I'm really excited for GOTY this year, and I'm glad to hear Jeff consistently say this was his favorite year of debates. Looking forward to many more!

I'd be way more into this if the cohost was at least semiregular, and there was something resembling giving a shit about playing the game.

I love you guys but this could be so much more.

Pretty on the nose with my feelings on this series.

This is more or less how I feel about the series, right now this is more or less just an extra UPF episode every week, people shooting the shit while barely paying attention to the game on screen. At one point in this episode Ben even skips through the text of a tutorial while not even looking at the screen, ensuring he's going to spend the rest of the playthrough not knowing how the shortcuts for magic work. If the game doesn't matter why even play it.

I'll also throw my hat in the ring for this. Kingdom Hearts is a game/series ripe for comedy, and completely ignoring it is a shame. Like gameplay is one thing, but they talk over the voiced cutscenes too. It's especially disappointing because the initial conceit of this feature was that Ben wanted to try to catch up on the series before 3 comes out, or at least that's what I seem to remember. As a long-time KH fan, I know this game has aged terribly and isn't good by modern standards, but if they're going to cover the game, they should cover the game.

Hey Ben, I can confirm what @genericbrotagonist said earlier. If you're playing these to prepare for KH3, you might as well not play them at all as KH1 and KH2 on their own are almost completely disconnected from KH3 at this point.

Sure, they're great games in their own right, and you need to play them to get the big picture, but without at least Birth by Sleep and Dream Drop Distance, they won't do much to prepare you for KH3.

BBS and DDD are also not rehashes. They're fully-featured KH games, and nearly all Disney worlds are new. That said, even the rehashes contain story-vital content, which is why you still wanna watch the cutscenes.

*cutscenes of Re:Chain of Memories*

Birth by Sleep 0.2 A fragmentary passage

The reason I don't recommend playing Re:Chain of Memories, despite it being on the disc as a playable game (unlike Days and Re:coded), is because it's a card-based randomly-generated dungeon-crawler. I wouldn't wanna see you burn yourself out so early... You'll definitely wanna jump into KH2 after this.

It might still look daunting, but if you don't bother with the extracurricular activities, these games are all like 25hrs long. It'll be tough going over 30. And BBS0.2 is just a 2h chapter. Basically the Ground Zeroes to KH3.

Anyway, good luck Ben. You've been doing great so far. All of us millennial KH players can relate to your frustration in racing Riku or finding all the materials. But you're nearly there.

Also, pro-tip: Alexa Ray Corriea is a friend of Giant Bomb and recently released a book on KH2 in the Boss Fight Books line:

Also came to this comments section to say this. You won't have the context for the main plot of 2 without Chain of Memories.

Great start to what will hopefully be a very very VERY long and confusing series of videos!

EDIT: Also, JSYK, there are no spinoff games in the KH series. They are all vital to the main plot with the potential exception of Re:Coded. Have fun!