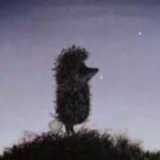 @oldschool: I'm curious if you ever found that Micro again. Mine seems to have a power source problem now, cuts out randomly. Have to find another GBA player of some sort to play these old carts...

Did either of these games try to push the formula forward, or have interesting wrinkles to game mechanisms? I've found it's just some little thing I wind up having to do a thousand times that drags me down, like positioning from the original UFO Defense.

This may be a bit off topic but since I only played the original Western release of the GBA Fire Emblem that's pretty much all I know about its relationship system. Did the Marvel game copy a more recent style, or have FE's later relationship systems sort of done similar things over the years? I thought it added a lot to the feeling of depth in FE but it eventually became a sort of obsessive collection quest after a few playthroughs. Pretty sure we never caught them all.

Entertaining as always. I think I have Undying so it's somewhere down on my list. Been playing Doom through a source port lately, including finally getting around to trying Sigil. All these attempts at scripty story things reminds me of Sigil having a story, of sorts: a paragraph that just justifies its place in the Doomguy timeline. The rest is the usual demon murder.

@willy105: I started out not knowing quite what I wanted to write, and I sorta found that everything I wanted to say knitted loosely together. Felt good. Thanks for reading :)

Ah, that's disappointing... And I don't think I got anything close to that impression from any of the other reviews I'd happened to watch before, but this makes total sense. It sounds like part of it might just be a skill point economy problem? I guess it doesn't address the rest, though.

It's rough making a CRPG and trying to fine tune everything and hoping people will like it I guess, but there should be ways to add maybe optional ways to hike up challenge or force some decision gating? Some other games, including ones by Obs do that. I dunno.

I feel like Elysium might be a way around the max-skill-means-I'm-god thing I seem to see a lot in such systems. Go too far and it is a detriment in other areas sort of thing, or maybe using party members as how you modify dialog choices, which means you can switch people out and sort of customize your diplomatic abilities, rather than it being a linear scale.

@xymox: Haha, not sure I want to read what's behind those :) *checks* I thought the same, that it was a sort of challenge to mix things up a bit, to move you away from there, and once the weird swallowing snake guy could help you around it kind of wasn't a big deal, as long as one could tolerate load times. Thing was, I accidentally used her spark. I think I was expecting it to be differently labeled, but they probably wanted it to be spent easily so people who didn't care would never know. I completely intended to at least try to bring her back but as much as I had faith in From's generosity there was still some doubt in the back of my mind, and I guess that's why I was a bit careless. I think that's what I loved about DS, the generosity and rewarding curiosity.

@xymox: There's a chance to bring a character back from the dead. Don't want to spoil it if you haven't found it yet, unless you're not worried about such things.

@xymox: Blood vials, I guess? Seems like you get them by killing enemies, so it's less about conserving and more about going after guys to get stuff from enemies or the environment.

I've only played DS1. Waiting for a nice sale I guess. Haven't even completed it because I screwed up something and would have to play the whole game again to get it right. Haven't really got around to a serious restart. As much as I love the game it's a bit intimidating, even after I got pretty far into it.

Hey. Curious why Bloodborne and DS feel so different for you. I've only played the first Dark Souls so I only know about the differences from what other people have said. I realize BB is more about offense than DS is arguably defense, and the aesthetic seems a bit different, but what was it about BB that you didn't like? Oh, and Starbound! Excellent choice :)

I think I liked the idea and approach of Serpent in the Staglands better than what I played in the demo. I also have trouble playing immortals for some reason.

Had a blast with Grimrock 2 but stalled out for some reason. Got pretty far and love it, though.

Morrowind, despite my love of most things Elder Scrolls, was the only ES game I actually beat, and overall was the one I think I enjoyed the most.

Dragonfall had some good writing. Not played the Hong Kong expansion. I guess you always start over every time you play, though. Not sure how I feel about the combat. Sometimes it's good, sometimes it feels a bit too... incremental?

Stalled out on Arcanum... I think because I reached a new place and it felt sort of empty. The game's scope expanded way beyond where I'd thought it was going to focus, but then I was having trouble keeping all the places straight because they seemed very vague somehow. Still don't know quite how I feel about this game, but that character system, yeah.

I have some of the others, but haven't even touched them yet.