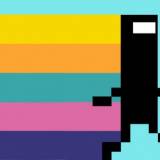 It's been a long time since Dead Money came out to a less-than-stellar welcome, but I still wasted no time in downloading Honest Hearts and giving it about an hour of playtime. I like what I see so far, but I guess only time will tell if it can live up.
Firstly, I like the way they dealt with the equipment issue this time around. Unlike Dead Money (or Anchorage) previously, you actually get to take some of your well-earned toys with you into Zion, there is a catch though. You're only allowed to take 75 pounds worth of stuff. This was not much of a problem for me, as I typically only carry around 40-60lbs of equipment at any one time. But as a method of stopping you from walking into the new zone with a complete Pre-War Armory strapped to your belt, it works out well. There were also a couple of dialogue checks before you left which allow you to up this limit to 100 (with Pack Rat perk or a Survival Skill check), which would help those worried about their encumbrance a little more.

Unfortunately, once again, you can't bring your Companions into Zion, having to leave them behind. I could see this being an issue for the human companions, but I was disappointed that I could not bring ED-E along. Surely an armoured, flying suitcase with a high-powered laser would make a good addition to any caravan expedition, but what are you gonna do?

This pack doesn't waste anytime with getting you into the thick of things. You're not in Zion for even a minute before things go belly-up and you're left to fend for yourself against some surprisingly well-armed opponents. One of my attackers was even using an Anti-Materiel rifle for crying out loud!

I've only met a couple of characters since I started. Firstly coming across a surpringly helpful local called Follows-Chalk, who gives you a little bit of backstory and has an interesting little Perk. If he's in your Party and you climb up to a high vista, an old Ranger tower, for example, your map gets marked with a whole bunch of locations in the area. Reminds me a little of tower-climbing in Assassin's Creed, and it's a good way to get the lay of the land.
The whole area looks nice -- well as nice as it can for the engine. Lots of long vistas and high cliffs, contrasted with narrow and claustrophobic canyons. It's probably the nicest looking area in the game, and a far-cry from the red-misted street crawl of the Sierra Madre. The wild-life is just as friendly as the majority of the locals, with some new varieties of Gekkos and Mantises and the return of the old-Capital Wasteland favourite the Yao Guai. Of course, my All-American Rifle trumps mutant-bear claws any day of the week.

I shut the game off after meeting who I'll expect to be the big draw of the content for people who got into the original game: Joshua Graham, the Burned Man. I wont go into a lot of detail about his involvement, in case people want to play it themselves, but suffice to say he's looking like a nicely fleshed out character. It's what Obsidian does well, after all. His voice actor does a really good job, and he sounds really familiar but I can't place it. I'm sure it'll drive me crazy. It's also kinda refreshing to meet an openly Christian character in the Fallout world. He's not overly preachy, but it's a nice reminder that, even though a few hundred nuclear bombs went off over America, people will still cling to their beliefs.

The story missions seem to be nicely open-ended. I have currently been given free-reign of what appears to be the entire, sizable, DLC area, in order to track down a few pre-war relics. I look forward to having something new to explore, as by now I know the Mojave like the back of my hand.

I haven't had much chance to play around with the new weapons I found -- a .45 Auto Pistol, .45 Submachine gun, War Club -- mainly due to a lack of ammo at the start, so I can't really take about those aspects of gameplay yet. I'm also yet to level up, so I haven't had a chance to see any new perks (oh, btw, the level cap is now 40! Couriers are gonna get pretty damn powerful by the end of this).

All in all, there's some potential here and I hope it pays off in the end.

- - -
Updated: Leveled up high enough to see the new perks, here's what I've seen from the perk list:

Sneering Imperialist, Req: Level 8
"You don't take kindly to raiders, junkies, or tribals trying to "settle" or "stay alive" in civilized lands. Against dirty raider and junkie types as well as Zion's tribals you do +15% Damage and have a bonus to hit in V.A.T.S."

Home on the Range, Req: Level 8, Survival 70
"Whenever you interact with a campfire, you have the option of sleeping, with all the benefits that sleep brings."

Tribal Wisdom, Req: Level 8, Survival 70
"Your limbs take 50% less damage from Animals, Mutated Animals, and Mutated Insects, you gain +25% resistance to Poison Damage , and can eat Mutated Insects when you're in Sneak mode."

Fight the Power, Req: Level 10
"You've had enough of the so-called "authorities" pushing poor folks around! You gain +2 Damage Threshold and +5% Critical Chance against anyone wearing the faction armor of the NCR, Legion or Brotherhood."

Eye For Eye, Req: Level 20
"For each crippled limp you have, you do an additional 10% damage."