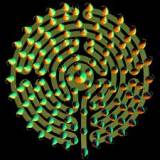 Talking in games a thing of the past?

I'm not really sure what it is anymore with todays gamers, but I can remember a day where you were an outcast if you didn't use a microphone. Not only were you shunned by the gaming community, but it probably was awkward playing without one. Of course, I'm more specifically referring to the massive fps games such as halo/cod etc. Are microphones really a thing of the past? Are gamers too shy to talk to people anymore without just talking shit? What is it with gamers nowadays? I remember playing Socom 2 for the ps2 many many moons ago, and if you didn't have a mic, you simply didn't play. It was just one of those games that it was nearly impossible to win without team cooperation.  Now you get kids that either A. don't have a mic plugged in, or B. are too poor to afford one which is ridiculous. At least have the fucking common courtesy of leaving it on so I can at least make a damn call out to you.

Some of you may disagree with me, but you obviously have never gotten on an fps and saw a 12 person game with one operating mic in the room. I don't really give a shit if you want to talk or not, if you're going to play a game tactically and you want to win, then don't be that douche bag that can't contribute verbally. Personally, I blame the technology we're "blessed" with today. Kids spend more time texting their friends saying stupid ass shit, rather than just speaking to them. I mean, I'm only 20, so it's not like I'm far from the rest of these up and coming gamers but fuck.

Bring back the social aspect of gaming. If you come into a room and just talk massive shit, whatever, it's better than sitting in a quiet room with your thumb up your ass. I challenge all you people that never use your mics to just try it out. Nobody is going to bite you and you're not going to get in trouble by the internet police. Who knows maybe you'll actually make a friend!? *cough*

But I digress, to all you gamers which have continued the tide of using your mic and keeping games social, I tip my hat. To all you others, well...you know.  Till next time,

Blogs Created:
1 blog
Most Commented blog:
Talking in games a thing of the past?
Total Comments on blogs:
25 comments