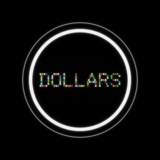 Here are some screens from the latest 6hr stress test:

Hello guys, don't believe I've posted in here yet, but I joined the guild in game during BWE3, and i'm just posting here to officially sign up for it here on the site. Been playing on darkhaven,the reddit server, for the first 2 BWE's and that community is pretty large, so i'm here looking to play with a more tight-knit group.

I played some guild wars 1 during those Beta weekend events, and for a few months after release of prophecies but I never really kept up, which I kind of regret now.

I'll most likely be rocking a Human Guardian when GW2 launches, focusing on PvE and WvW doing some sPvP every now and then.

Videos don't load for me anymore, and when they do it either keeps on stopping in streaming mode, or the progress bar takes forever in progressive. Youtube and other video sites work fine, I tried gamespot since it's the same player as GB's and i run into the same issues. I've tried both firefox and chrome, not sure what to do anymore

If anyone else got a code they aren't gonna use, send me a PM I'd be happy to take it off your hands :]

I don't really have a problem with this sponsored quest