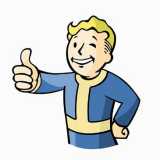 I only just now finished the game. When the game just game out I was still finishing another title and with all the talk about the bad ending I sort of let Mass Effect 3 slide for a while. Despite it probably being my favorite series this generation. And in hindsight that was a dumb thing to do. I can honestly say I really enjoyed part 3. I do think it has some flaws, but nothing that kept me from thinking this was one of the most enjoyable games I have played in a long time.

I mostly was disappointed the side missions where just picked up by passing conversations with generally just a scanning mini game attached to it (which was less fun then the scanning in 2). I would have preferred to really talk to these people and done some real side-missions for them. some did involve talking yourself and I got all excited for example when the Elcor asked me to help with their homeworld being under attack. Only to find out it was a scanning mission. I literally dropped everything else I was doing to go and help these gentle giants...

Other minor nitpicks where the simplified currency system and dialog trees. But I did like how you had to find upgrades around the missions. I just never really got into the entire, upgrade your gun thing. In that sense I am glad they simplified things since ME1.

I actually did not really have a problem with the ending. It's not great, but all in all.. it was an ending. I was a bit disappointed with the options I had as none of them where what I wanted. Plus it's odd cut scene at the end about the people who fought directly at your side. But I didn't hate it. I kind of saw it coming. It was hinted at before through ME3 (I think the reaper you fight who controls the Geth kinda mentions it) and in ME2 as well. But hey I also liked the ending of Enslaved and everybody seems to hate that one too.

Spoiler in regards to the end:

What I found daft about the options is that: the synthesis didn't run with me because I felt I would force this choice upon all living beings without them wanting it and the destroy option would kill the Geth and EDI. While I was proving that synthetic and organic could co exist. So I picked control as in that case everybody could live, except for shepard. Main gripe might be however is that I loved the universe setting and the ending definitely changes that. I would have loved a post reaper invasion game where the universe you've come to known and love is still there. Be in war-torn... Now that's pretty much not an option anymore. But I did have a good sense of closure.

The xbox 360. For the wii and ps3 only the exclusive stuff. Same for pc or if its and rts. The main reasons are the controler, my friends are om th 360, I used to think the dashboard was better and also very important... The achievements. Overall I do find the experiance of the OS the best on the xbox. Despite the mess they made of the last one. On the ps3 everything feels disconnected and its seamless. Sync thropies? No real order in them either, etc. Etc. The OS on the ps3 just feels clunky, disjointed, unfinnished and outdated for me. Not because of its look. As it looks way prettier. But the way everything feels like a seperate program you need to start, no demos of downloadable games, etc. In terms of games i honestly don't care. But since i like to keep things together on one account and the achievement/xbox live account stuff just works better for me for that.

My launch system got repaired and in that time I bought one of the first Xbox Elite systems. The repaired one I sold to a friend who still uses it and my Elite also later broke down and got repaired, it's still operational now. If anything fails, also still have a spare newer xbox my wife used to use before we got married :p

It really depends on what your looking for (I at least will presume 360 titles). My personal favorites in the various RPG genre's available on the 360 would be:

I think these represent the best RPG's you can find on the 360. If your more into any specific style of RPG there are more to find of those of course.

Edit: Oh, I only now saw you where looking for more unknown ones. Most lesser known ones are I found more unknown for a quite understandable reason. So I would not quickly recommend them (stuff like Two Worlds, etc.). If your into JRPG's however where are quite a few good titles out there. But JRPG's are of course a very specific style to enjoy. Blue Dragon is fun, Resonance of Fate, Tales of Vesperia... I myself even enjoyed Enchanted Arms a lot. But that one really shows it's age (it was released at the time the xbox came out).

Shifting between Fallout: New Vegas for myself (decided to not buy any other game until I 100% it), Alice Madness returns when my wife is playing and War in the North when we are both playing together.

Pfff... for the first time in years nothing has really got me worked up about it yet (only one was Mass Effect 3, but that's out already).

.... (I know I'll probably love a lot games like Borderlands 2, etc. but not really anticipating them however)

I think this could also work here.. GB is a very different tone then Gamespot with also quite a different userbase. So the two should be able to coexist I think. Also why else buy it? Not to 'remove the competition', because if they wanted to do that... shitload more game websites to buy :)

I think GB will be okay. It makes no sense to turn it into "Gamespot light" or anything. Plus I think they GB crew ain't pushovers when it comes to these things. Will and Norm may have been in a way worse spot and this for them was a way to keep their job. Only guessing here of course.

And hey, if everything fails we will always still have Gamebomb.ru ;P

If you look at printed media two entities covering the same thing in a different way can easily co-exist under the same publisher. I think something like the UK based Future Publishing has about 5 to 6 different printed game magazines alone. All with different perspectives (not just console based either). So I have hopes that GB won't go the tested route. Tested seems to have been sold because it else would shut down and this was a way to keep it alive. At least it will give Will and Norm a job, but I won't be going there anymore (I dislike the mythbuster guys).

I think the GB people have more to go for them. They are a much stronger footing in both the people behind it like Jeff and Ryan, but also a much larger audience and (paying) community. I still kinda fear the move was also caused because even GB could not make it on their own and investor money was running out (that they mainly lived on investor money and the content could not get them enough to keep going) and so they eventually needed to find somebody to buy them. But what use would it be to buy GB to only turn it into Gamespot? While with tested it's just the mythbusters guys buying their own website with instand content & community and a well known domainname. Nothing gamespot needs being 10x times if not 100x bigger then GB.

Jezus, just saw what happend to the tested.com website. I guess like most people here not happy to see that. It's like the old tested is gone and the entire website has been taken over by those mythbuster guys (and I never was a fan of them). What a shame...