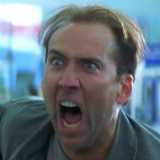 The standouts (for better or for worse) of PAX East 2011

I saw games at PAX East 2011. Video games. Here is a quick rundown of the ones I saw that stuck out, and some of the ones I wished I'd gotten to see more of.

L.A. Noire: Rockstar and Team Bondi's L.A. Confidential-inspired noir mystery game garnered some of the longest lines at the show, and the demo was at least pretty close to worth the wait. The much ballyhooed facial-capture technology proved deeply impressive seen up close, and the developers have done a phenomenal job capturing the vibe of Los Angeles in the 1940s. Little of the game's purportedly eight-square-mile open world was shown during the 30 minute presentation, and Rockstar reps seemed reluctant to talk about anything pertaining to the story outside of their demo script, but the crime-solving mechanics seemed quite solid, and the true-crime roots of the game's story seem like fertile material for an atmospheric and fascinating procedural adventure. I wrote a full preview of this one, which lives here.

Warp: At a glance, this is just Portal and 'Splosion Man smooshed together into an EA-published also-ran. That said, I can't think of two games I'd rather see meet, fall in love, violently break up, get back together after one of them realizes their explosive outbursts really are out of control, get married, and produce a downloadable baby. The cutesy alien monster…thing that you play as can warp through walls and into certain objects and people. Levels are designed to create complex strings of warps that require a bit of brain power to navigate, and at various turns, scientists of flexible morality and dudes with guns wander around, either trying to capture you or run screaming away from you. That you can warp into their bodies, and explode them in a puddle of red goop and unrealized scientific dreams is supposedly entirely optional, but let's face it: Of course you're gonna.

Fire-Pro Wrestling: I believe my exact vocal reaction to seeing a game titled "Fire-Pro Wrestling" on the show floor was something along the lines of "Holy #^&$ing @(*#$!!!" Unfortunately, this ain't your shut-in older brother's Fire-Pro. Once a strictly 2D wrestler (crusty sprites and all), Spike's newest iteration is an XBLA-exclusive wrestler that jumps into the 3D realm, and uses your Xbox avatars. Yes, for real. Your avatar, with his Ghost Suit and lightsaber, can step into the squared circle against other avatars in Ryu costumes, stunner shades, and sweet, sweet Diesel gear. I love the old Fire-Pro games, but its relentlessly timing-based grappling mechanics are, at best, kind of frustrating, and at worst, the most confusing thing known to humanity. The transition to 3D and avatar-focused design seems to have inspired Spike to ease things up a bit--not to mention make all the moves wacky beyond reason--but enough of the old timing seems latent enough to inspire some serious rage in more casual players. This begs the question: Who exactly is this game for? But hey, you can totally bring all the monkeys and Limbo monsters you unlocked (or, god help you, paid money for) out during wrestler entrances, so there's that.

Mortal Kombat: WB brought its GDC build to PAX (which I didn't get to see during that show), which included 16 characters, tag-team play and several more stages than players have seen in the currently PSN-exclusive demo. Perhaps this will shock you, but goodness gracious is this game violent. I got to see myriad different fatalities and X-ray moves, and I can assure you, they are as giddily and creatively brutal as anything you've seen in that four-character demo, if not markedly more so. I think Kitana's X-ray move--a series of knife stabs, cherry-topped with a glorious bit of eye-gouging--might've been my favorite. Still waiting to see the must-be-included multi-torso mode.

BattleBlock Theater: Shown at last year's PAX East (as well as subsequent trade shows), BattleBlock Theater looked, quite frankly, confusing as hell. Perhaps it was my feeble brain that couldn't grasp the cooperative hatefulness of the game's levels, or perhaps the game has just gotten a whole bunch better since then. Ryan and I got in on some two-player action, and immediately the game's concept of "help your friend traverse the level, and then dick him over when it comes time to collect the reward" made sense to my vindictive mind. Over the course of each level, you'll be tasked with collecting gems scattered about, while avoiding traps and navigating obstacles--you know, a platformer. The trick is that in multiplayer, stages will change to accommodate the number of players and new obstacles, which require cooperation to solve, will appear. There are effectively completely different levels depending on whether you have one, two, three or four players, which is kinda nuts. I still don't know why you're collecting gigantic green diamonds, I still don't know why evil kitties have enslaved you to put on this theatrical show, and I still don't know when the hell this game is coming out. But the one thing I do know? I like it. Bunches.

Toy Soldiers: Cold War: The first Toy Soldiers was kind of a random happenstance discovery for me. I don't usually dig tower defensey games, but I am huge on gassing the hell out of tiny men in Kaiser helmets. This new game transports you into the decade of Russian tension, playing out the Cold War like it was a real war, with fighting and stuff. Mechanically it is immediately familiar, but the technological upgrades result in a number of new and exciting units, including helicopters, miniguns, guided missiles, and some little Rambo-looking dude (or, if you're the Russians, an Ivan Drago in camo-looking dude) who can lone wolf it like so many great action heroes of the decade. I only played a bit of it, and it seemed very fun, but I also couldn't help but wish it were a little more ridiculous. The '80s are ripe for the picking when it comes to absurd action setpieces. Is it too much to ask for explosions ten times bigger than are physically possible? Dudes shooting red and blue lasers at each other, G.I. Joe style? The Airwolf theme when helicopters take off? Brigitte Nielsen? Just asking…

Stuff I'd liked to have played more, seen more, or didn't encounter at all:

Blogs Created:
1 blog
Most Commented blog:
The standouts (for better or for worse) of PAX East 2011
Total Comments on blogs:
220 comments