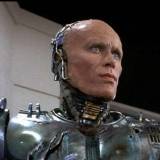 I just saw Avatar. I was not impressed. (spoiler city)

This whole post is spoiler city for Avatar but the hidden spoiler parts are spoilers for District 9.

The biggest problem I have with the flick is that I didn't think they gave the main guy a good enough reason to turn on his own species. I know he fell in love with that Na'vi girl, but most of the their time together I felt the movie was just showcasing it's special effects budget, and I didn't really get a good sense of their developing relationship. Even if that guy would side with the Na'vi, I saw no reason why anyone else would. These people are supposed to be professional scientists and soldiers, not a bunch of tree huggers.

SPOILER WARNING: Click here to reveal hidden content.
In contrast, District 9 did a great job of giving the main guy a reason to side with the aliens. The guy's father in law (and high up person in the company) was trying to cut him up to experiment on him. Plus the head soldier was a total dickhead to the main character, but in Avatar, the head soldier wasn't even rude to the main character. He even offered to get the guy new legs!

The element the humans are trying to mine on the planet is called unobtanium. Give me a fucking break, that sounds like something Rocky and Bullwinkle would try to find.

That sourpuss Michelle Rodriguez was firing missiles at a goddamn tree and she says “I didn't sign up for this shit” then she breaks formation and flies away. Why wasn't she court marshaled for that??

At the end, two guys decided to stay on the planet. I hope they like fucking each other because there are no girls on that planet. Even in the remote chance that they do bang one of the blue cats, a human cock is going to seem like a toothpick to them. Even if one of the guys shoves his whole arm up a na'vi twat, he's not going to feel good about himself afterwards.

I don't care how much you love those Indians, I mean Native Americans, I mean Na'vi. You'd have to be restarted to want to stay on that planet. The humans are going to have to wear those breathing masks for the rest of their lives. Are the filters on those things even going to last a year? When they eat (is there even food that humans can digest on that planet?) they'll have to take the mask off, take a bite of food, then put the mask back on while they chew it. That's going to get really old, really fast.

And the Na'vi didn't kill all the humans, they just made them leave. When they get back to their orbiting spaceship they'll probably just drop a nuke on that site and go mine somewhere on the other side of the planet.

This was the most over hyped movie in the past five years. I really expected more from the guy who made Aliens and T2.