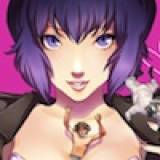 Capcom's new initiative for Megaman Legends 3 is to have more fan feedback and their first step for that proposal was to have their fans vote on the new Megaman Legends 3 Heroine. All 9 of the concepts are from Megaman veterans, so it's a hard pick.  Here's what I think of each of them.
vote here

From Hayato Keji, who's worked on MML2, MM 4-8, MM X and X3, and the first Battle Network, we get this adorable little school girl.
d'aaaaawwwwwwwwwww a fuku, boxy red backpack, and a met beanie what more can you add? :3
You might have to help this little girl find her lost doggy or tell a boy she likes that she likes him but I don't see her as a serious heroine.

Hideki Ishikawa, who's worked on MM 7 & 8, Megaman & Bass, MM the Power Battle, MM Battle & Chase, and MML 1 & 2, draws us this haughty looking princess.  Personally, I don't like her and hope Tron destroys her house within the first hour of the game.


From hands that has worked on the PS version of MM 1-6, MM X5, X6 & Command Mission, the Japanese only release of Megaman Legends 1 and 2, the EXE series and the first and third Star Force Series, we get a character that looks like she can dig! Goggles and all she looks experienced in the art of reaverbot dodging.

Talk about simple. Kazushi Itou has worked on MM 5,6,7 and the first Megaman Legends, but you really need a little more than the basics to be in a game people have been waiting a decade for.

Loli.  Wonderful wonderful loli. I've always liked the art from the Zero games, and Toru Nakayama brought all of that into this tiny little package.  As a heroine, she'll probably work best like Megaman's apprentice of sorts. While Roll slowly gets jealous of their closeness.  I wouldn't mind having a little runt like her tagging along with me on ruins too, since I kinda like it when games do that, especially when they do it well, like Pokemon Yellow.


Hmm, someone who looks like they can stand toe-to-toe ruin raiding against Megaman.   Well, maybe not toe-to-toe, but she can maybe keep up. Shinsuke Komaki has worked on MM X3 & X6, MM8, the entire Battle Network series, the entire Star Force series and the Misadventures of Tron Bonne so you know he knows his megaman.


Sensei Haruki Suetsugu has worked on MM X4-X6, MM Extreme & Extreme 2 and the first Megaman Legends, but I'm not sure about this one.  Her nature-y aura is kind of ill-fitting with the whole Megaman Legends universe. But since she currently has most of the votes on the polls already, I guess a lot of people see potential there.
She also says "howdy", fuck that.


Aside from working on ALL the Breath of Fire games, Tatsuya Yoshikawa has also worked on MMX, X7 & X8, Maverick Hunter X and MM Powered Up.  Now I can't hate on anybody who worked on Breath of Fire, but this one doesn't look like she could help you at all.  You might save her from a few rogue reaverbots, but I can't see her being on the helpful side. But who knows, maybe she has some latent computing prowess or upgrade your weapons for a lower price *wink* *wink*

FROM THE FATHER OF MEGAMAN HIMSELF, KEIJI INAFUNE, COMES THIS!  boring Roll clone. :/
Really, I expected more from the great man himself.  Maybe if he wasn't too busy outsourcing Capcom games to foreigners, he'd be better at this.

Before I do anything else, here's my video game collection and other related stuff.  I've played more games than I own and it's not including what I still need to play too so it's just a rough look of where I am on the gaming chart/chain/lifestyle.

The USB's there because I was watching some anime probably.


Playstation 2
I kinda regret buying a PS2 pretty late in its life-cycle since I missed lot of its early games like Twisted Metal Black and Shinobi, and now they're selling for hundreds of dorra.  I traded in a lot of PS2 games too.  It sucks to be poor :(
Anyway, I bought it sometime in 2006, I think, with God of War. The 3rd party memory card I bought with it didn't work with some games(KH and Katamari) so I bought an official Sony one. That green one is my PS1 memory card.

Yeah, I've got both P3 and P3:FES since nobody would buy P3 for a decent price :/   I would have sold it for $20, but the artbook and OST were too good.
Got a little to crazy with stickers on my geetar, but it's ossum like that.


Playstation
*No pic cuz it's not with me ;-;*
The second video game console I owned after the Super Famicom. I don't care if it's nostalgia, the PS1 is the best console I ever played on.

Not much of a collection, I know.  It's because me and my bro had to leave all our games behind when we moved to Canada.
They were all bootlegs except for Red Alert:Retaliation(this game got me into the RTS genre) and Independence Day(yeah, it's that Independence Day), but I played all the good shit i.e.:
Squaresoft essentials: all the Final Fantasies, Vagrant Story, Legend of Mana, Threads of Fate.
RPGs: Breath of Fire III and IV, Tales of Eternia, Lunar, Megaman Legends, Digimon.
Fighters: Blood Roar 2, Tekken 3, Soul Blade.
Car games: Gran Turismo 2, Twisted Metal 1, 2, 3 and 4, Vigilante 8, Crash Team Racing.
Platformers: Spyro the Dragon, Crash Bandicoot.
RTS: Red Alert: Retaliation, Warcraft II

I did buy some games and 2 years of live for it though since I wanted to play with a bunch of high school friends.

That's it for consoles and from it, I think you could deduce that I like JRPGs, Beat 'em ups, decent shooters I can play with friends and nostalgia.
Stick around if you want to see my handheld and PC Collection.
2 Comments